As protests break out across the globe against state and central authorities, are the protesters overlooking their best and most potent weapon in Bitcoin? 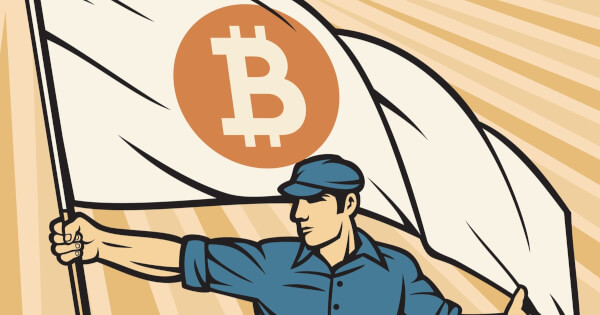 The world is in an unprecedented state of upheaval as protests continue to break out in different geographies across the globe. As the global COVID lockdown eased, the problems we were facing before quickly rose to the surface.

In Hong Kong, the people once again rose in protest of China, as Beijing quickly and controversially passed the National Security Law while effectively bypassing Hong Kong’s legal process. In the US, the people protest against systemic racial injustice and perceived abuses of power in their own government, as George Floyd, a man who had given himself over without resistance was publicly smothered to death by law enforcement officers sworn to protect him.

While free protest should be a human right and a freedom to be preserved—which Hong Kong is desperately trying to do—the protests in both countries have often descended into violence. As the violence in each incident escalates, it allows the authoritarian controls to react with more extreme measures. Protesters will claim the police escalated the violence, the police will argue the opposite and the violence increases.

The protesters in both the US and Hong Kong are fundamentally fed up with the abuse of authority that continues to pervade our modern society on a global scale. However, there is a way to end central controls without ever risking bloodshed or violence. That way is Bitcoin.

Bitcoin in essence, was built for protest and could potentially destabilize and displace the central source of power for our governments—their control over traditional financial systems and monetary issuance.

Bitcoin was created over 11 years ago in the wake of the 2008 Global Financial Crisis, as a mean to directly negate the fiscal consequences of that period, and by extension the recent financial crisis which kicked off in March 2020 with the COVID disruption to manufacturing and supply chains as well as an ill-timed oil price war.

The fall in domestic and global growth since the pandemic began, has seen monetary authorities like the European Central Bank and the Federal Reserve System shell out billions of dollars in commercial bailouts and trillions of dollars in economic stimulus, which could bring on global hyperinflation similar to that being experienced in Venezuela.

The reality is our reliance on traditional finance systems and the central authorities that control them appears to be misplaced. Since World War II  the dissolution of the Bretton Woods agreement and the rise of the Petro-dollar have ensured that the US dollar remains as the defacto global currency—which continues to dictate the rise and fall of the world's wealth.

As one of France’s former Presidents said, in a 1965 address to his nation, “We consider it necessary that international trade be established as it was the case before the great tragedies of the world, on an indisputable monetary base and one that does not bear the mark of any particular country.”

Bitcoin by design is a digital currency that is completely independent of any government and its established financial system. If Bitcoin were to be accepted as a global currency it would strip governments of their power to create more money. It has a maximum supply of 21 million units and a built in anti-inflationary mechanism that protects Bitcoin holders from the risky monetary policies currently being implemented by central banks.

Global Currency For A Global World

What is currency and what gives it value? Throughout history, the vast majority of global trade was initially tied to gold. Gold is a commodity that was free from political ideology and has maintained a stable value relative to goods and services for thousands of years.

Fiat and traditional currencies do have an agenda, however, and is of a very different nature to Gold—by design a nation’s own fiat currency is created to establish forms of power over its sovereign state and citizens and as well as in trade negotiations with other nations. As mentioned above, none are able to exert as much power as the US in this regard, but China is fast catching up with the development of the Belt and Road initiative, which will effectively see them grow in influence and control of neighbouring developing countries through Eurasia that have borrowed heavily from China to digitize their nations and supply chains.

Along with these tightening controls, there is a prevailing sentiment among people across the world that the elite who control the governments and the financial system and the private banks and corporations, engage in the printing of funds in an effort to prop up the inefficient and inherently corrupt business practices of corporations and the bill eventually falls the ordinary citizens.

Bitcoin Could Destroy the Money Machine

As the policies of the US have continued to exert invasive monetary control over countries and its own citizens post World War II, experts and academics have long predicted and argued for the emergence of another revolutionary financial system.

Hayek was arguing that money should not be politicized. Personal wealth accumulated by a private citizen should not be impacted by the decisions of your government but they do. Whether your government chooses to start a war, issue an economic bailout or make a bad oil trade agreement, your money should remain intact and remain valuable outside of political agendas. However, money backed only by the authority of governments jeopardizes its value and from history as their only strategy tends to be to prevent the erosion of value through inflation.

Bitcoin creates real accountability. A money supply tied to Bitcoin would be able to show citizens a transparent account of where their funds and taxes are going. Did they go to war or to strengthen police powers? Did they go to education, healthcare and other necessities for the ordinary citizen?

Bitcoin’s decentralization and peer-to-peer transactions could allow all of us to opt out of the current financial system. We could take the power away from the central authorities by simply no longer playing the game.

For the protestors around the world, there is a way to take power from those who abuse it and no one has to get hurt and not one fire needs to be lit. A path to real financial and monetary freedom exists in Bitcoin. With so many mobilized and acting as one against their governments, now may be a better time than ever to refocus their efforts on the foundations of the enemies base and take out their most powerful weapon, their money.