Elon Musk appeared on the Joe Rogan Experience for the second time and had a few choice words regarding the coming inflation and creative monetary issuance coming into play due to the COVID market meltdown. 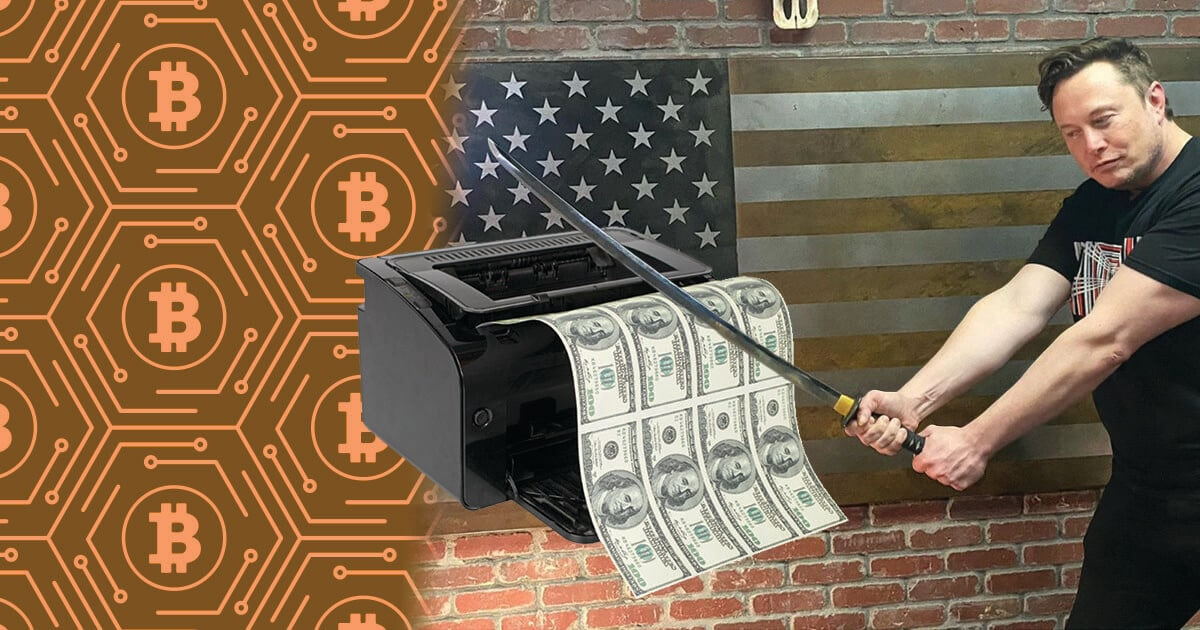 While a clear Bitcoin advocate, Musk did not mention the pioneer crypto despite its ability to fix inflationary money issuance.

Musk believes that given the current US stimulus money being sent to US citizens and small businesses on lockdown, that the population is starting to view the economy as a limitless source of support regardless of the loss in production and rising unemployment.

Appearing on the Joe Rogan podcast on May 7, Musk said, “This notion though, that you can just sort of send cheques to everybody and things will be fine, is not true.”

The coronavirus pandemic lockdown has created a huge financial chasm and the US government has put a $2 trillion stimulus package in play with the belief that they can endlessly print more.

“If you don’t make stuff, there’s not stuff. You can’t just legislate money and solve these things.” Elon Musk explained the basis for a working economy seemingly unknown to US Lawmakers who only recently suggested having the US Treasury mint a couple of $1 trillion coins and force the Federal Reserve to recognize them so they could back the stimulus "debt-free."

Elon Musk and Bitcoin and Inflation

As stated in the original Bitcoin white paper, there can only ever be a maximum of 21 Million Bitcoin and does not allow for inflation.

Although Musk and Rogan did not mention Bitcoin during the lengthy two- hour podcast, Musk has appeared bullish on the cryptocurrency recently on Twitter and reportedly owns around 0.25 BTC himself.

In terms of what havoc the coming inflation could have, a positive note for Bitcoin believers are recent reports like that from Bitmex, which highlights that in the aftermath of the current Coronavirus market crash and the subsequent inflation that will be caused by the response of the Federal Reserve and Central banks, Bitcoin will face its truest test and be presented its biggest opportunity to prove itself in its short lifetime.

BitMEX Research outlined that the global response to the pandemic and disruption will, “mark a significant economic regime change from monetary policy to central bank funded fiscal expansion” from which intolerable market inflation will rise.

Recently the Bloomberg April 2020 Crypto Outlook also revealed that the creative financial measures of the US Lawmakers and Central banks around the world appear to be accelerating the status of Bitcoin to a new type of digital gold.

On May 4th, 2020, Elon Musk and his partner Claire Boucher welcomed their first child together and soon after revealed the baby’s name: X Æ A-1

Musk was immediately questioned by Rogan on how to correctly pronounce the boy’s name.