Hacktivist group ‘Anonymous’ has promised retribution against the Minneapolis Police Department (MPD) for the death of George Floyd last week.

On Saturday night, May 30, it appears the group has begun to make good on their promise, as the MPD website was inaccessible for most of the night and appears to have been subjected to unauthorized access and tampering. 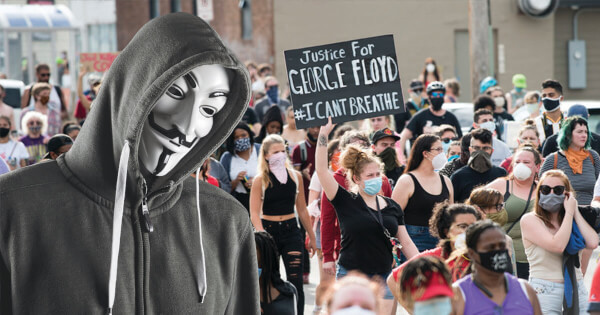 As reported by Bloomberg on June 1, the alleged Anonymous hack occurred on Saturday night as protests reached a fever pitch around the country. Thousands of Americans rose in protest against the unlawful and completely unnecessary killing of George Floyd and the rate of police violence aimed at black Americans.

Although police officials did not immediately wish to comment on the alleged attack, there were noticeable anti-hack additions to the website on Sunday morning. Pages on the website required captcha verification, a popular automated hack bot deterrent for access to the public pages.

Anonymous posted the video below on their unconfirmed Facebook page on May 28. The video was aimed specifically at the Minneapolis police and promised to expose the department's “horrific track record of violence and corruption”, of which they believe George Floyd is just the latest casualty.

As protestors clashed violently with US police and the National Guard over the weekend, the video gained nearly 2.5 million views on Facebook.

The video is presented by the Anonymous figure dressed in the usual dark hoodie and displaying the Guy Fawkes mask, a popular symbol of protest made famous by the movie V for Vendetta. The figure concludes the video, which details the unjustified death of George Floyd and as many as 193 others, stating that the MPD is not capable of carrying out true justice. The figure promised, “we will be exposing your many crimes to the world. We are legion, expect us.”

The power of the Anonymous group can be found in these final words, “We are legion” – a nod to their decentralized model of operation. The hacktivist operation claims to operate as a series of decentralized cells, making them difficult to track and meaning that there is no distinguishable leader with which to bargain or negotiate.

Given the depth of the information already exposed in the warning video, we can only imagine what has been uncovered in the recent alleged hack that appears to have occurred last Saturday.