As President Donald Trump advised state governments to leverage the National Guard in response to civil unrest and protest, Bitcoin’s price surged past the $10,000 mark. 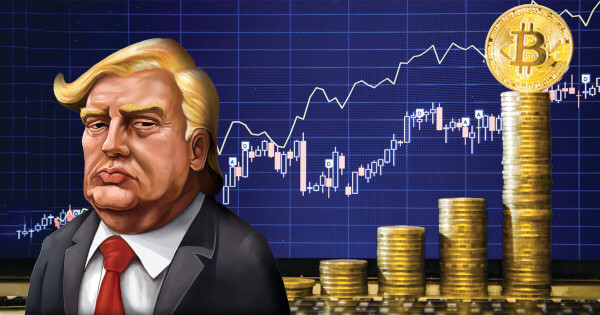 President Trump said, "Mayors and governors must establish an overwhelming law-enforcement presence until the violence has been quelled.” He added, "If a city or state refuses to take the actions that are necessary to defend the life and property of their residents, then I will deploy the United States military and quickly solve the problem for them."

The police slaying of George Floyd after he compliantly allowed himself to be arrested, has shocked the United States into civil unrest. While most protests have endeavored to remain peaceful, violence has broken out across the nation, as citizens clash with law enforcement. The mantra of the protest ‘I can’t breathe’ is an homage to Floyd and unfortunately also were his final words as Minneapolis Police Officer Derek Chauven knelt carelessly on the grounded and handcuffed suspect’s neck, suffocating him to death in broad daylight, despite onlookers pleading for Floyd’s life.

Shortly following President Trump’s ultimatum of military force, the price of Bitcoin surged to $10,380. Bitcoin’s price finally crossed the crucial $10K mark as Trump recommended that local police and the National Guard be mobilized with sufficient force to quell the violence and disperse the masses of protestors. 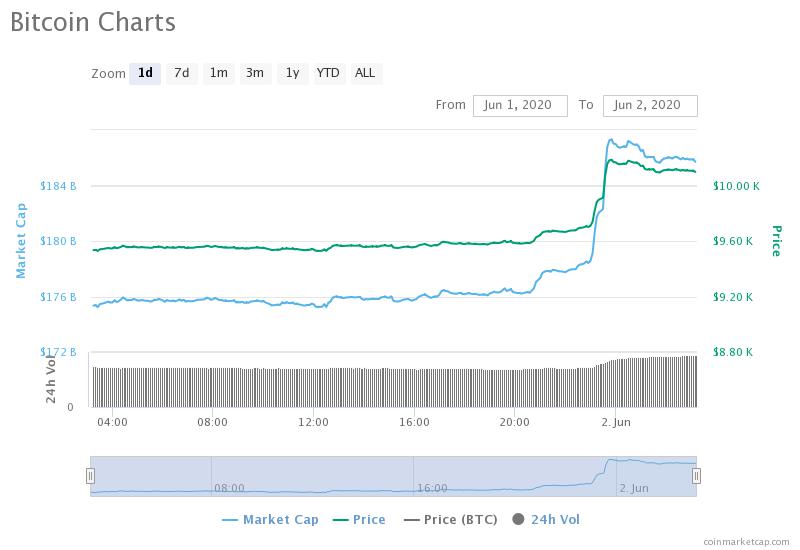 The Bitcoin price peaked at 10,380, finally breaking the descending trendline of 10,250 which has been in place since the pioneer cryptocurrency reached its all-time high of $20,000 in early 2018.

Many of the altcoin cryptocurrencies in the top 20 on CoinMarketCap also had price rallies of their own of around 5% , with Ether and XLM gaining over 6% and Neo gaining more than 10%.

As previously reported by Blockchain.News, the decentralized hacker activists 'Anonymous' have vowed to expose the Minneapolis police department on its history of systemic racism and continued condoning of violence against minorities.

Anonymous posted a video below on their unconfirmed Facebook page on May 28. The video was aimed specifically at the Minneapolis police and promised to expose the department's “horrific track record of violence and corruption”, of which they believe George Floyd is just the latest casualty.

On June 1, the alleged Anonymous hack of the MPD, occurred on Saturday night as protests reached a fever pitch around the country. Thousands of Americans rose in protest against the unlawful and completely unnecessary killing of George Floyd and the rate of police violence aimed at black Americans.

Given the depth of the information already exposed in the warning video, we can only imagine what has been uncovered in the recent alleged hack that appears to have occurred last Saturday.