Visa Crypto Executive: CBDC is the Most Important Trend for Future of Money

Cuy Sheffield, Visa’s head of crypto believes that CBDC is the most important trend for the future of money and payments over the next decade. 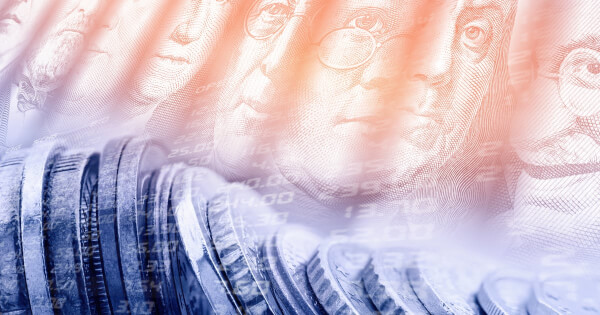 Central Bank Digital Currencies (CBDC) could be the most important payment trend in development with the most profound effects on our systems of payment and money issuance according to Visa’s head of cryptocurrency.

Visa has demonstrated a keen interest in digital currencies and even filed a digital currency patent application earlier this year and Sheffield is a known proponent of CBDC.

In his tweet on July 4, Cuy Sheffield wrote, “I’d argue that central bank digital currency (CBDC) is one of the most important trends for the future of money and payments over the next decade. Regardless of anyone’s personal views of whether it’s good or bad, the reality is that global interest in it is not going away.”

Why CBDCs will change everything?

In a follow-up tweet, in what would become a series of 20 additional posts by Sheffield, the Visa crypto executive said, “as governments evaluate CBDC, the path they decide to take will have major implications for privacy, monetary sovereignty, geopolitics, and financial inclusion, as well as global adoption of crypto dollars and Bitcoin.”

To shed some light on Sheffield’s claims—the inception of cryptocurrencies like Bitcoin, which was essentially built to potentially destabilize and displace the central source of power for our governments—their control over traditional financial systems and monetary issuance—has been a growing concern to the United States and their dollar which is the world’s reserve currency. But governments around the world became truly mobilized when Facebook announced the Libra project, drawing the wrath of regulators worldwide who could not allow a platform with two billion users to transact out of sovereign monetary control.

For the United States, contending decentralized digital currency is a particularly pressing issue as their global monetary dominance was already under threat due to China’s expansion and internationalization of the Yuan in its Belt and Road Initiative. In the same vein, China is not about to have its plans usurped by a decentralized currency either, further mobilizing them to create a centrally controlled digital currency.

These assets are called Central Bank Digital Currency or, in China’s case, Digital Currency Electronic Payment (DCEP). Ultimately these are digital Dollars or digital Yuan and being the first to achieve dominance in this space will dictate the new rules of global trade.

The Bank of Japan (BoJ), the nation’s central bank has been very outspoken on their aim to create a digitized Yen to curb the potential influence of China’s own CBDC development—the Digital Yuan or Digital Currency Electronic Payment (DCEP). There have been many reports that China is already actively testing its DCEP across a range of civilians, government employees, and even some global organizations within the mainland.