The US dollar is the world’s reserve currency. Controlling the de-facto global currency affords the United States a range of privileges, which includes driving demand for the dollar which sustains the borrowing power of the US and allows them to impose devastating sanctions on other nations. 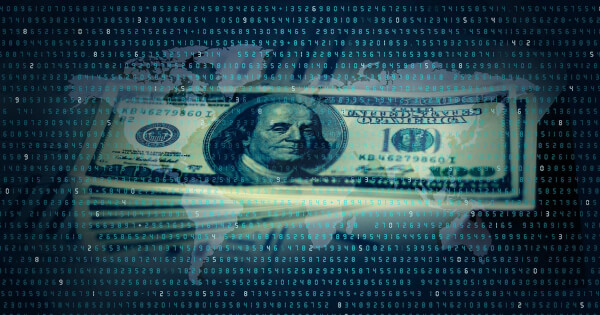 The inception of cryptocurrencies like Bitcoin, which was essentially built to potentially destabilize and displace the central source of power for our governments—their control over traditional financial systems and monetary issuance—has been a growing concern to the United States. But governments around the world became truly mobilized when Facebook announced the Libra project, drawing the wrath of regulators worldwide who could not allow a platform with two billion users to transact out of sovereign monetary control.

For the United States, contending decentralized digital currency is a particularly pressing issue as their global monetary dominance was already under threat due to China’s expansion and internationalization of the Yuan in its Belt and Road Initiative. In the same vein, China is not about to have its plans usurped by a decentralized currency either, and since last year, one of the hottest developments in the cryptocurrency space has been the mission of Central Banks to develop their own, centrally controlled digital currency. These assets are called Central Bank Digital Currency (CBDC) or, in China’s case, Digital Currency Electronic Payment (DCEP). Ultimately these are digital Dollars or digital Yuan, and being the first to achieve dominance in this space will dictate the new rules of global trade.

The Digital Dollar Project (DDP) is the focus of the Digital Dollar Foundation and advocates the need for a CBDC. In their recently released whitepaper, the DDP stipulates that it aims for the US dollar to maintain its global dominance but further warns that the work needs to begin immediately. The DPP also calls for public-private collaboration, including the preservation of the current two-tier system for the spread and distribution of a digital retail dollar.

But how far along is a US Digital Dollar? The development was a common subject during the recent House Finance Committee hearings held over two sessions. The first session was held on June 11 and featured former CFTC Chair and current Director of the DDP, Christopher Giancarlo. The second session was held on June 17, with Fed Chairman Jerome Powell taking center stage of the discussion on the potential infrastructure of the digital dollar.

As described above, according to the DDP, the main advantage of a CBDC like the digital dollar is the fact that it is a liability of the Fed which (despite all economic logic) still holds the best credit rating—hence using a CBDC would be like using cash distributed through a two-tiered system. 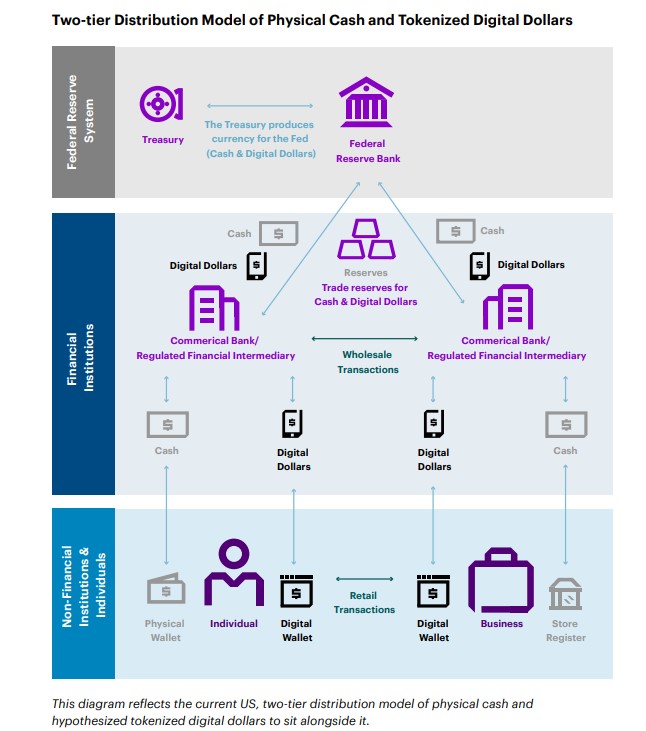 In the Two Tier system proposal, the Federal Reserve would be responsible for creating the digital dollars—technical design, anti-counterfeit controls—and then distribute them to the first tier, the commercial banks, which distributes the CBDC to the public.

In the second congressional hearing, Federal Reserve Chair Jerome Powell clearly opposed some of the initiatives of the Digital Dollar Project—specifically the need for the digital dollar or a CBDC to be developed through a private-public partnership.

Powell clearly expressed that neither he nor the Federal Reserve was interested in such a collaboration. He said, “The private sector is not involved in creating the money supply. That’s something that the central bank does.” He added, “I don’t really think the public would welcome the idea that private employees who are not accountable solely to the public good would be responsible for something this important.”

From Powell’s statements, it is doubtful that the Fed will ever allow direct private sector involvement in the design and build of the digital dollar infrastructure.

The US Must be First

Within the DDP whitepaper and across the two hearings, there has been a call for haste in CBDC development, citing China’s determination to complete their own DCEP first as well as the reports that the Digital Yuan is actively tested across mainland China.

The whitepaper states that the US will lose their competitive edge and may not be able to create a system that has their values of freedom and democracy at heart if they are forced to conform their development to the soon to be completed CBDC infrastructures of other nations around the world.