McDonald's, Subway and Starbucks Among the First to Trial China's Digital Yuan

Mcdonalds has been named along with coffee giant Starbucks as one of the 19 retail firms and restaurants that will be first to try out China’s Digital Yuan in the new district of Xiong’An. 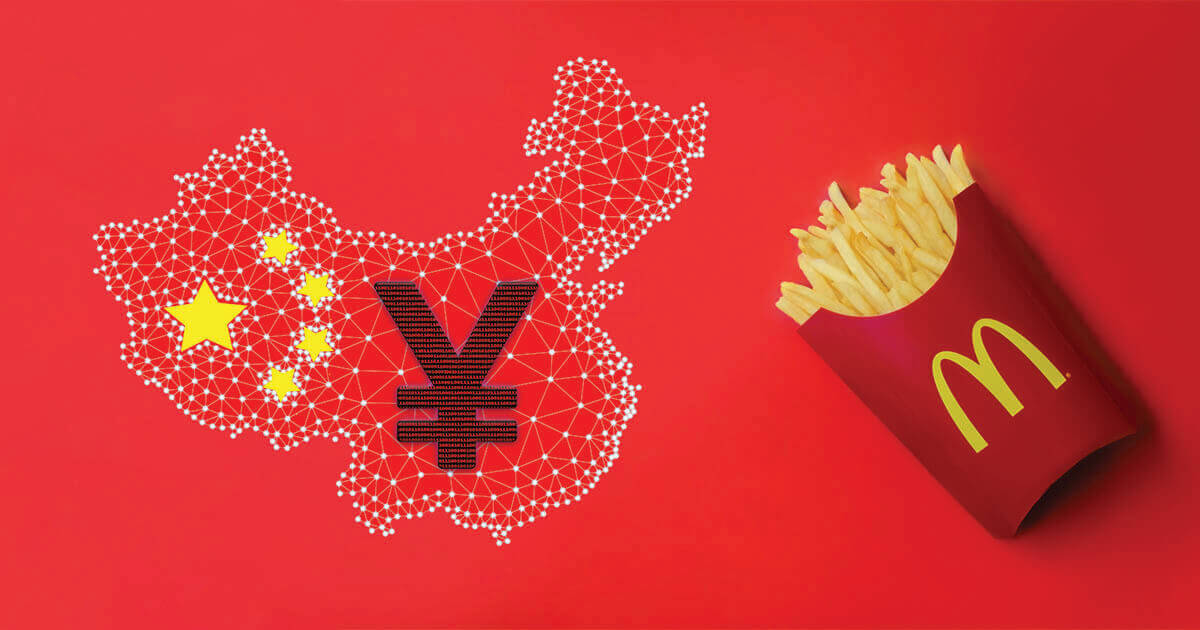 On April 22, the Reformation and Development Commission of the Xiong,An district convened to discuss the pilot for China’s Digitial Currency Electronic Payment (DCEP) according to the South China Morning Post.

China has been unswerving in their race for central bank digital currency dominance even in the wake of the COVID-19 disruption which has perhaps also added fuel to the necessity to have a cashless system free of germ filled notes.

The pilot is the next step in China’s DCEP plan and the PBoC and state-owned commercial banks have already begun developing digital wallet applications and designing the digital Yuan.

The report does not give an exact time length to the testing period but noted that the meeting involved representatives from all four of China’s state-owned banks, Tencent, Ant Financial and Huawei. 19 restaraunts will also participate which will include Mcdonalds, Starbucks and Subway.

The official test application also shows that the DCEP test is being rolled out in the cities of Chengdu, Suzhou, Shenzhen.

As reported by Blockchain.News, local government employees in the city of Suzhou will be receiving China’s central bank digital currency, digital currency electronic payment (DCEP) pilot test in May.

So how will China create its digital currency? First of all, we know that the digital currency will not be running on a blockchain. After a review of the 50 patent applications submitted by the PBoC, it will be powered by a two-tier operating system and will not be fully decentralized.