Legends of Wall Street Are Warning Us That Inflation is Coming Hard—Is it time to Buy Bitcoin?


More stimulus packages will add to the US national debt; as the Federal Reserve continues to step in to monetize the debt by printing more money and inflation is expected to rise rapidly. Will you turn to Bitcoin or Gold as the US Dollar loses purchasing power? 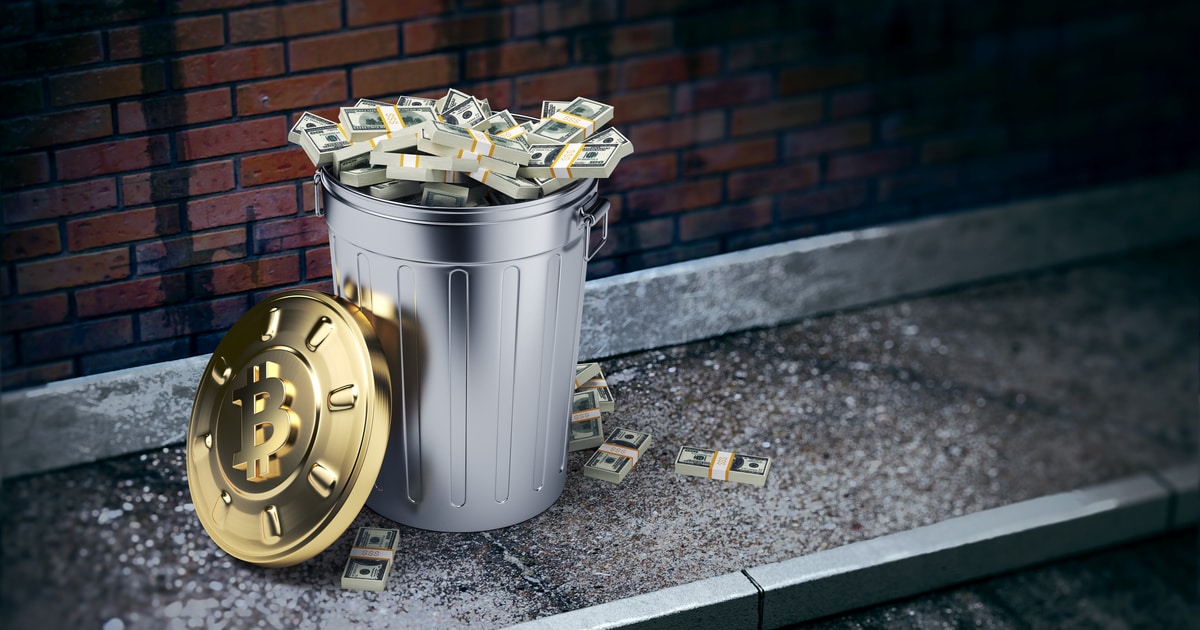 Legendary investors like Warren Buffett, Ray Dalio, and Jim Rogers are preparing to hedge against high inflation—mostly in physical assets like Gold and Silver. But other mainstream investors like George Ball, Paul Tudor Jones, and even Jim Cramer are now strongly advocating Bitcoin.

Wall Street legend and Berkshire Hathaway Chairman Warren Buffett is one of many investors who is starting to worry about inflation. Recently, Warren Buffett exited the US banks and gained exposure to gold purchasing Barrick Gold. Buffett followed up by making overseas investments in Japanese companies with various businesses, like mining and energy.

Prices of gold, inflation-linked bonds, and Bitcoin has surged since the market crash in March on fears that global central banks’ more than $9 trillion of stimulus to combat the pandemic will spark higher inflation. The Federal Reserve also indicated at their FOMC meeting last week that it will be slower to react to curtail inflation should it run above its 2% target.

Billionaire Ray Dalio, founder of hedge fund giant Bridgewater Associates has highlighted that the Fed’s behavior has changed from putting money on deposit for banks to borrow and lend out—which fuels the traditional credit system and creates fair competition for financial assets—to asset ownership. Consequently, Dalio asserts that the economy and markets are primarily driven by the ownership of assets by central banks.

Dalio also highlighted his concerns for the US dollar as a reserve currency as the flood of cash clearly indicates that the traditional method of valuation no longer applies to cash. While Dalio is bearish on cash as a reserve currency, he still believes cryptocurrencies like Bitcoin are too volatile to be considered as an alternative.
Bridgewater has reportedly now tweaked its safe haven portfolio by dumping bonds and moving into gold.

These sentiments by Buffet and Dalio have also been echoed by the legendary wall street investor Jim Rogers, who warns that the trillion-dollar bailout will lead to an economic meltdown.

While Rogers has admitted in the past that he wished he had invested in Bitcoin in its earlier days, he is putting his money in gold, silver and has bet on many of the industries that took a beating during the COVID pandemic—transportation, tourism, and logistics—which he expects to rise post-pandemic.

The Case for Bitcoin

As the Federal Reserve keeps buying government debt with printed money, inflation will take off along with the national debt. As a result, asset prices will rise, and the dollar will lose value. Besides holding gold or silver, the new form of digital gold—Bitcoin is gaining momentum with mainstream investors.

NASDAQ listed business intelligence company, MicroStrategy has made the decision to use Bitcoin as its primary reserve currency, recently adding to it’s $250 million August BTC investment with an additional $175 Million in the safe haven digital asset last week.

In a recent interview with Reuters, George Ball the former chief executive of Prudential Securities and current chairman of Sanders Morris Harris said that despite being a long time Bitcoin opponent, he now sees Bitcoin as a safe haven asset following the United States government’s efforts to continue to stimulate the economy with liquidity.

Billionaire Paul Tudor Jones made headlines when he compared Bitcoin to gold by saying that the digital currency reminds him of the role that gold played in the 1970s. Jones was well known for his correct prediction of the 1987 market crash and shorted Japanese equities several years later before Japan’s economy crashed. Jones has stated that he has just over 1 percent of his assets in Bitcoin.

Even CNBC’s Mad Money host Jim Cramer recently said that he thinks a major shift in safe-haven assets is occurring and believes Bitcoin and crypto will be the choice of the next generation as a storage of wealth, and is considering also putting 1 percent of his portfolio into crypto.

Make no mistake, by all economic reasoning—high inflation is on its way and your money will likely lose purchasing power. How will you store your money, because the big boys are saying either buy Gold or buy Bitcoin.