George Ball the former chief executive of Prudential Securities and current chairman of Sanders Morris Harris has joined the growing list of traditional financial industry experts to advocate for Bitcoin as a safe have asset and hedge against inflation. 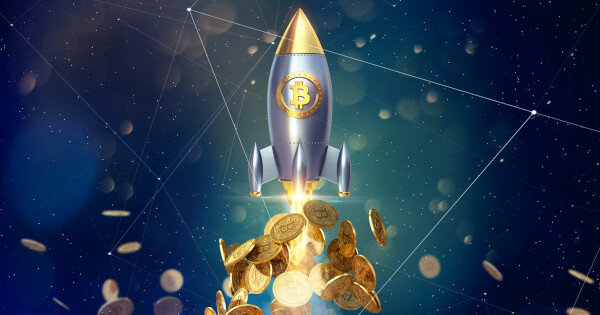 Bitcoin has made some serious advances in reputation and in advocacy as a slew of institutions, wall street veterans, and billionaire investors are finally going public with their support for the cryptocurrency and its safe-haven asset capabilities.

George Ball is the latest big-name investor to give Bitcoin his backing. The former Prudential Securities CEO has switched from Bitcoin opponent to Bitcoin advocate and has predicted that around September people will begin turning Bitcoin to maintain their wealth—as the Federal Reserve will not be able to stimulate the economy forever.

The Bitcoin price has surged over the last months to new highs for 2020 and is currently entangled with the $12,000 resistance which most of the new institutional investors having little doubt the Bitcoin price will breakthrough and flip to a support line in the coming weeks.

Bitcoin Will Rise As Stimulus and Subsidies End

In an interview with Reuters on Aug 14, Ball said that despite being a long time Bitcoin opponent, he now sees Bitcoin as a safe haven asset following the United States government’s efforts to continue to stimulate the economy with liquidity.

Explaining his about-face on Bitcoin as a safe haven asset, Ball said in the interview:

“I’ve never said it before, but I’ve always been a blockchain and Bitcoin opponent but if you look now, the government can’t stimulate the markets forever. The liquidity flood will end and sooner or later the government’s got to start paying for some this stimulus, for some of the deficits […] are they going to raise taxes that high or if not? Are they going to print money? If they print money that debases the currency and probably even the Treasury Inflation-Protected Securities can be corrupted. So the very wealthy investor of trader probably turns to Bitcoin or something like it as a staple.”

Ball was a star on Wall Street throughout the 70s and 80s and warned that traders are investors are going to have real problems when the government can no longer “kick the can down the road in terms of stimulus” or subsidies.

While Ball commended the efforts of the US government and the Federal Reserve and their attempts to offset the coronavirus pandemic’s disruption to the economy, he said, “The approach of the end of that road is going to be a lot closer by the fourth quarter than it is now and therefor both traders and investors should and probably will realign their portfolios substantially."

While the impending collapse and debasing of the US dollar is currently being resisted by the Federal Reserve in its attempts to go digital with its central bank digital currency development and coming FEDNow digital payments platform, the news is a bullish indicator for the Bitcoin price, and Ball predicts it will kick off on September 7, 2020.