Federal Reserve Board Governor Lael Brainaird announced that the United States Federal Reserve is currently experimenting with blockchain and DLT in pursuit of its central bank digital currency (CBDC) or digital dollar. 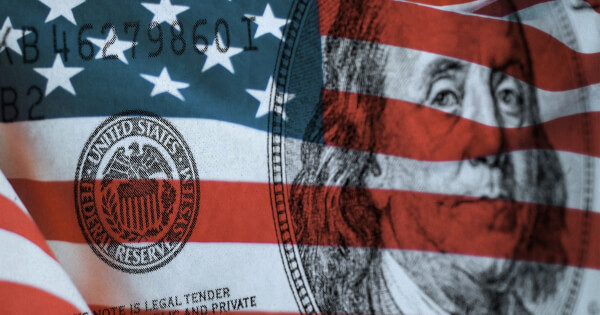 The US Federal Reserve (Fed) has been experimenting with distributed ledger technologies (DLT) for several years according to Brainard. The study aims to discover how DLT might enhance or disrupt existing payments infrastructures, the financial ecosystem, global and domestic monetary policy, and the banking sector.

Speaking at a conference on promoting innovation sponsored by the Fed’s San Francisco bank on Aug 13, Brainard said the COVID-19 pandemic was a “dramatic reminder of the importance of a resilient and trusted payments infrastructure that is accessible to all Americans.”

The proposition of leveraging digital dollars to distribute emergency stimulus funds is not a new concept. Congress has been in on and off discussions around the creation of a central bank digital currency but has been lagging behind in its development and policy compared with countries like China. As of yet, no concrete public efforts have been made to create a United States CBDC aka the digital dollar.

CBDC and the Global Reserve Currency

The race to develop a central bank digital currency really kicked off when at the announcement of Facebook’s Libra stablecoin, spurring China and Europe into rapid development, while the Unites States appears to be lagging behind.

Brainard said, “The introduction of Bitcoin and the subsequent emergence of stablecoins with potentially global reach, such as Facebook's Libra, have raised fundamental questions about legal and regulatory safeguards, financial stability, and the role of currency in society.”

During the speech, Brainard admitted that the Federal Reserve, which is the United States central bank, is not yet ready to issue a digital dollar. She asserted that a “separate policy process” involving lots of legal analysis would be needed if the Fed ever wanted to use a digital dollar.

While China is actively set to roll out its own CBDC, the Unites States central bank has not even made the decision to even start the complicated legal process, Brainard said.

“We are taking the time and effort to understand the significant implications of digital currencies and central-bank-digital-currencies around the globe,” adding, "Given the dollar's important role, it is essential that the Federal Reserve remains on the frontier of research and policy development regarding CBDCs.”

As part of its research, the Fed is continuing to assess the opportunities, challenges, and use cases for a CBDC, as a complement to cash and other payment options. Brainard asserted, “There continues to be strong demand for U.S. currency, and we remain committed to ensuring the public has access to a range of payment options.”

The Federal Reserve has grown bullish on digital payments technology as the COVID-19 pandemic has highlighted the need to provide faster methods of relief.

The United States central bank announced on Aug 6, the accelerated development of its own digital payments platform—FedNow.

Federal Reserve Board Governor Lael Brainard said the United States central bank will launch its instant payment platform FedNow by 2023 or “as soon as practically possible.”

According to Brainard, the toll of the COVID-19 pandemic on the household and communities across the United States has heightened the urgency for the Fed to create an inclusive instant payments system.

The instant payments platform called FedNow, was initiated last year in response to private-sector, real-time, gross settlement initiatives, and now is being proposed as it would play a key role in future crisis situations.

Under the CARES ACT, the Federal Reserve has processed most of the COVID-19 stimulus relief payments to households and businesses using direct deposit, prepaid debit cards and checks. The process has been slow and many citizens waited days and even weeks to receive any relief.