Chairman of Roger Holdings and prolific American investor Jim Rogers warns that the trillion-dollar bailout will lead to an economic meltdown. Another legendary Wall Street investor, George Ball predicts Bitcoin will be the safe haven of choice. 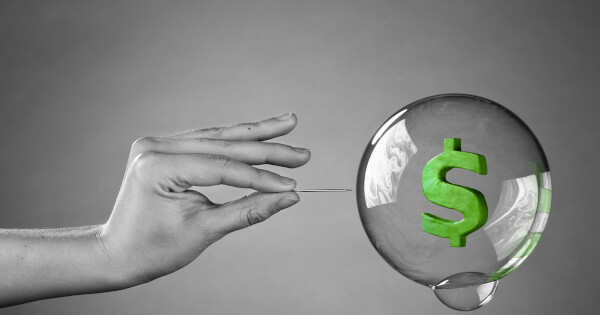 Jim Rogers said that the recent COVID-19 emergency stimulus programs and central bank bailouts will lead to the worst economic meltdown of his lifetime.

Rogers' warning came in a recent interview, where he discussed the efforts of global central banks to stimulate their respective economies through the creation of trillions of dollars in currency. Despite the stock market now going back up and appearing healthy, Rogers predicts the bailout will ultimately end very badly in the long-term.

Rogers sees the US markets as a bubble that will pop when the US elections are no longer a priority. He said, “Remember there is an election in the US in six months in November and all those guys want to get re-elected. They do not care about you and me and our kids. They care about November and getting re-elected. So, all sorts of good things will keep happening and the markets will be ok for a while…”

While Jim Rogers has admitted in the past that he wished he had invested in Bitcoin in its earlier days, he said during the interview the he is putting his money in gold, silver and has bet on many of the industries that took a beating during the covid-pandemic—transportation, tourism and logistics.

In a recent interview with Reuters, George Ball the former chief executive of Prudential Securities and current chairman of Sanders Morris Harris said that despite being a long time Bitcoin opponent, he now sees Bitcoin as a safe haven asset following the United States government’s efforts to continue to stimulate the economy with liquidity.

Ball has joined the growing list of traditional financial industry experts to advocate for Bitcoin as a safe have asset and hedge against inflation. While Ball commended the efforts of the US government and the Federal Reserve and their attempts to offset the coronavirus pandemic’s disruption to the economy, he said, “The approach of the end of that road is going to be a lot closer by the fourth quarter than it is now and therefore both traders and investors should and probably will realign their portfolios substantially."

While the impending collapse and debasing of the US dollar is currently being resisted by the Federal Reserve in its attempts to go digital with its central bank digital currency development and coming FEDNow digital payments platform, the news is a bullish indicator for the Bitcoin price and Ball predicts it will kick off on September 7, 2020.