Looking ahead to Q2 2020, what are the top 5 blockchain market events to watch? This article provides a simple guide for you! 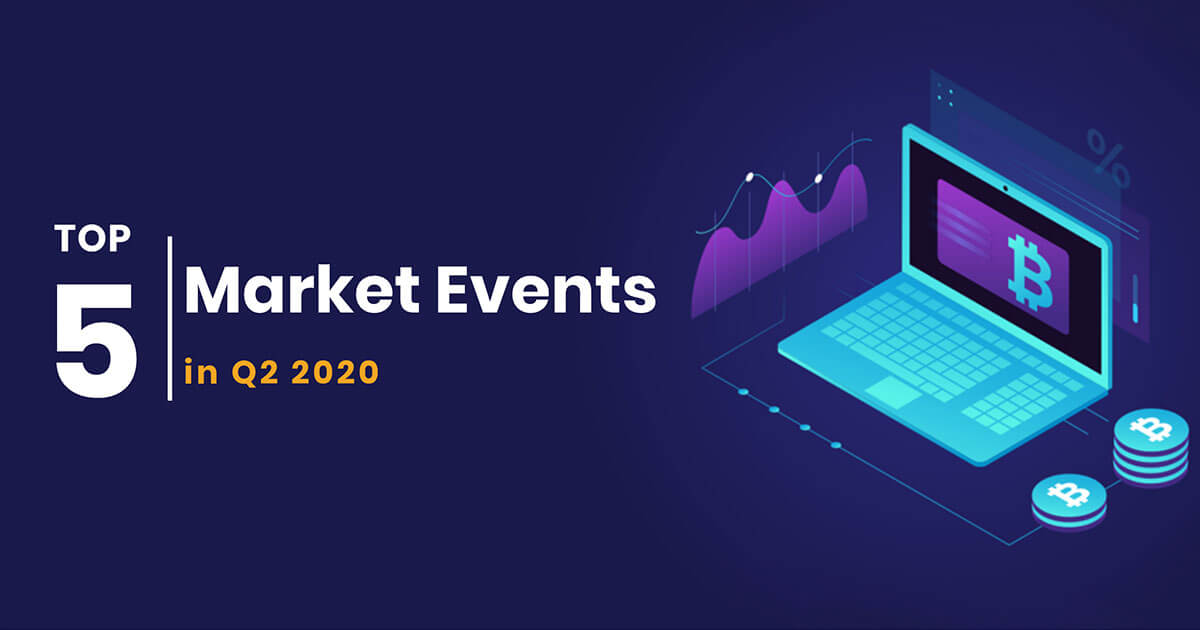 Considered as the most important market event for Bitcoin, Bitcoin halving is likely to take place in May 2020. Bitcoin halving occurs once in every 210,000 blocks produced (approximately every 4 years), which by definition, will cut the supply of Bitcoin in half and halve the Bitcoin mining rewards for miners.

In the process of mining, miners use expensive mining equipment to solve complex mathematical problems. Once the math problem is solved, the new block is created and miners get Bitcoin as rewards. The halving mechanism is integrated into the protocol by Satoshi Nakamoto. With the fixed supply of 21 million BTC, the mechanism ensures Bitcoin is a deflationary asset, which slows down the pace of BTC creation over time. Such ideology is opposite to fiat currencies, which is controlled by central banks and inflationary by nature.

Since the inception of the genesis block in 2009, 50 Bitcoins are produced every 10 minutes. Bitcoin has experienced two halvings in 2012 and 2016, which currently 12.5 BTC is being created every 10 minutes. In the anticipated Bitcoin halving in May 2020, the block reward for miners is dropped to 6.25 BTC from 12.5 BTC. 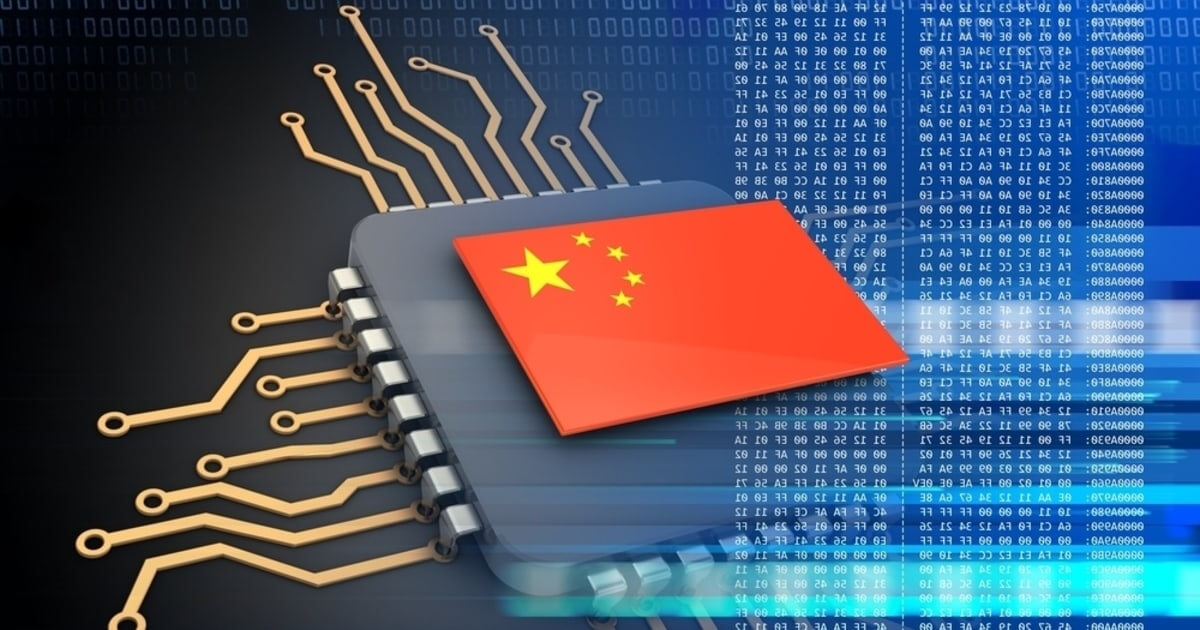 The Launch of Chinese National Blockchain?

Will China launch its nationwide blockchain-based service network (BSN) in Q2 2020? As first reported by XinHua Net, the BSN was launched by the State Information Center (SIC), China Mobile, China UnionPay and other institutions on Oct 15. Designed as an interregional public infrastructure network, BSN aims to provide a scalable and trusted network to accelerate the development of smart cities and the digital economy. Zhang Xueying, deputy head of the SIC believed that BSN can reduce the technical and economic threshold in blockchain application, which in turn helps to nurture new business models using blockchain technology.

The official announcement stated that BSN had commenced the beta testing in Oct 2019 and expected to complete by end of Mar 2020. The testing is first piloted in Hangzhou for unified digital identity, aiming to expedite the authentication process for individuals using government services. The testing is opened to over 400 enterprises and 600 developers. Prior to the coronavirus outbreak, the testing was in full swing as more than 50 public nodes had been deployed in 31 provinces and municipalities in China. Tang Sisi, deputy head of the Smart City Development Research Center of the SIC, felt confident that the commercial launch of BSN will be set in Apr 2020.

However, there has been limited updates on BSN since China’s first fatality report in mid-Jan. Despite the coronavirus pandemic, China continued to push its blockchain development. For example, China established the first provincial blockchain zone in the central province of Hunan in Mar 2020. There will be three blockchain zones to be built in Hunan, namely blockchain industrial parks in Wanbao district in Loudi, and other zones in Jingkai and Gaoxing in the city of Changsha. As there are no official updates on BSN since mid-Jan, we shall stay tuned for the result of BSN’s beta testing in Q2 2020. 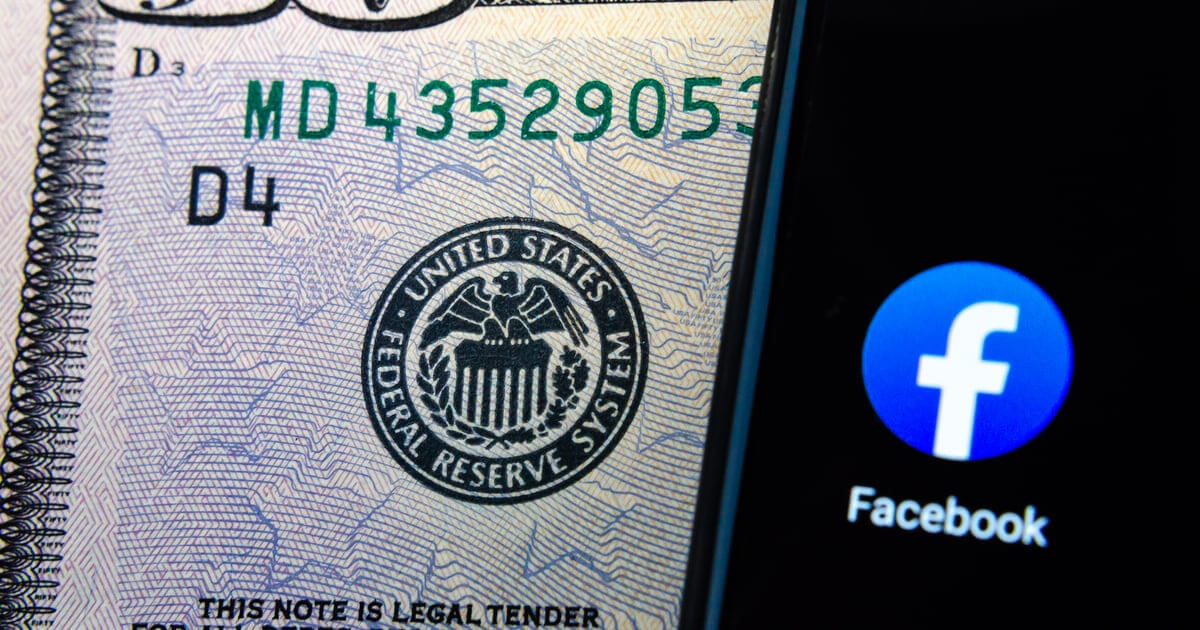 J. Christopher Giancarlo, the former chairman of the U.S. Commodity and Futures Trading Commission (CFTC) released written remarks on his Digital Dollar initiative during Devos 2020. It is believed the initiative can provide a practical framework to develop a potential “FedCoin”. This is in line with the Federal Reserve’s effort to explore the possibility of launching FedCoin amid the competition from Libra and China’s potential launch of Digital Currency Electronic Payments (DCEP).

The Digital Dollar project is created by the Digital Dollar Foundation and Accenture, which recently announced its new advisory group with 22 members. With experts from the diversified background, the project aims to provide guidance to establish a U.S. Central Bank Digital Currency (CBDC). In particular, the project will identify strategies to address monetary policy effectiveness and financial stability issues when setting up the CBDC. In the advisory group, experts from anti-money laundering and privacy field will provide guidance on privacy, scalability of CBDC to handle retail, wholesale and international payments. The Digital Dollar Foundation is ambitious to release the whitepaper to outline the core propositions of a digital dollar before June 2020. 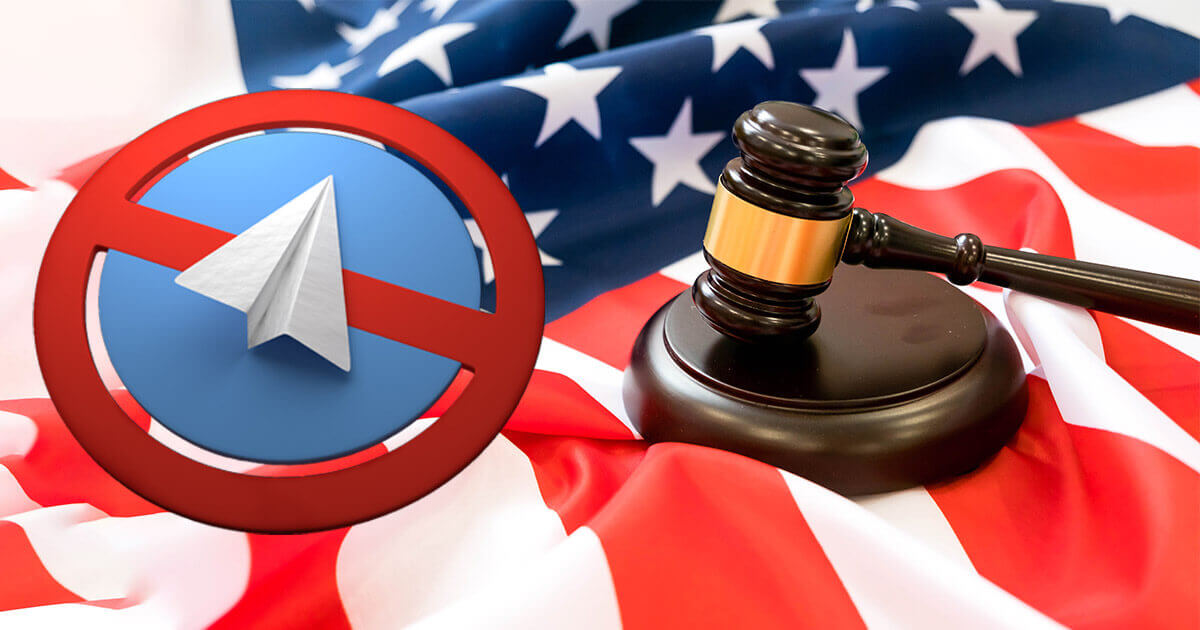 Is GRAM token security? Considered as the landmark ruling on the nature of cryptocurrency token, the lawsuit between Telegram and U.S. SEC is expected to continue in Q2 2020.

The United States District Court has sided with the U.S. SEC to issue a preliminary injunction against Telegram and prohibits Gram token’s issuance on Mar 24. In the Court’s filing,  the resale of Telegram’s GRAM token in the secondary public market would be an integral part of the sale of securities without a required registration statement. This falls under the economic realities under the Howey Test. According to the U.S. SEC, the sale of 2.9 billion Grams to 175 purchasers in exchange for USD 1.7 billion needs to be registered to comply with the Securities Act of 1933.

Telegram has filed a notice of appeal with the Court of Appeals for the Second Circuit immediately after the decision. While the battle between Telegram and U.S. SEC continues, the TON Community Foundation (TCF) considers contingency options like launching the network without Telegram. As the code necessary to launch TON is open-source and publicly available, TCF Founder Fedor Skuratov explained that TON can be launched after the creation of genesis block and a minimum of 13 validators.

Formerly known as Voltron, the Contour initiative is built on R3’s Corda blockchain platform and completed global trials in May 2019. Contour is established as a standalone legal entity in Jan 2020 along with the banking giants such as HSBC, ING, BNP Paribas and more. Carl Wegner, CEO of Contour, explained to Blockchain.News the transition from Voltron to Contour and how blockchain can bring significant efficiencies in streamlining the process of issuing Letters of Credit (LCs). He is interested to witness how blockchain allows banking giants to talk together with a set of rules, and this can be a game-changer in trade finance.

The Contour initiative has completed over USD 30 million worth of LCs transactions during the trial period last year, and is ready for commercial launch in Singapore in Q2 2020.