What Solutions Can Blockchain Bring in Response to the Deadly Coronavirus Outbreak?

The Wuhan coronavirus death toll hit a daily high, with 565 deaths, and 3694 confirmed cases, a slightly lower number than the day earlier. 28,261 cases of infection have been reported worldwide, with most cases confirmed in Hubei province in China. 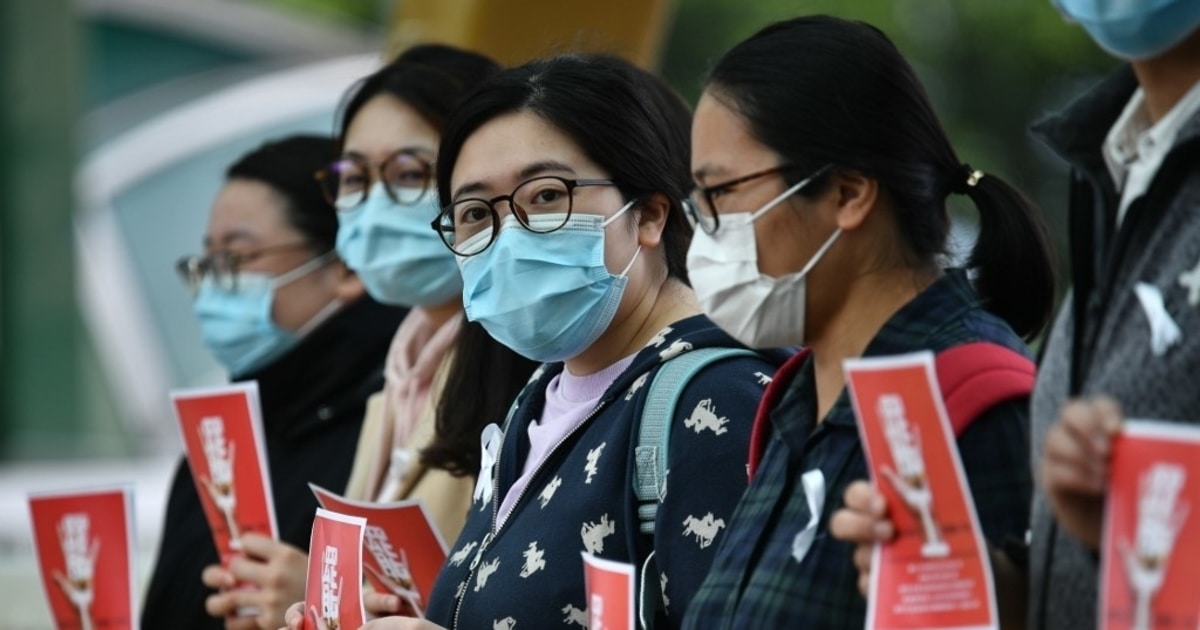 Syren Johnstone, the Executive Director of the Masters of Law (Compliance and Regulation) Program the University of Hong Kong published a post at the Oxford University Faculty of Law Department blog, stating that blockchain and artificial intelligence (AI) could be the “call to arms for the tech industry.”

Chinese President Xi Jinping previously mentioned that opportunities have been presented by blockchain technology and that the nation should accelerate its development to utilize its full potential. How can this apply to the current crisis?

World Health Organization (WHO) Director-General Tedros Adhanom Ghebreyesus said a “window of opportunity” exists “to bring this outbreak under control,” given that only 190 cases are confirmed outside of China.

As a part of the WHO’s request for $675 million in global contributions to stop the spread of the disease, Bill and Melinda Gates donated $100 million for coronavirus vaccine research and to protect at-risk populations in Africa and South Asia.

Chinese conglomerate Alibaba started a $144 million fund to purchase medical supplies for Wuhan, the city of the epicenter of the outbreak while offering AI computing power to research organizations for creating vaccines and treatments. Tencent also created a $42.7 million fund for medical supplies to be used in Wuhan.

The current issues with donations and learning from past mistakes

The Charity Law of China was introduced in the country in 2016, to enable the establishment of private charities, to develop the charity field and the interests of stakeholders.

However, there has been concern that the millions of dollars being donated for the public, as well as the protective equipment, are not being put to use where needed, and it has been reported that the equipment has been misdirected.

Johnstone added, “When crises occur they are by their nature large scale, happen quickly and unexpectedly, and become increasingly tragic the longer it takes for an effective response to emerge. The striking concern about the present situation in the Hubei Red Cross is the degree of opacity involved given that the charities receiving donations have a fiduciary and moral duty to apply donations effectively and for the purposes intended.” He suggested that currently, news reports are the only available source of information on how the donations are used, which is not enough.

With the issues in the chain of donations, the public in China has been angered as their contributions have not ended up where they expected, which diverts the objective of addressing the crisis. This, in turn, also impacts the public’s willingness to donate in the future.

How can blockchain help?

According to Johnstone, a private blockchain network would “enable the recording and tracking of anything that is donated, from donation dollars to N95 masks.” By holding the person or organization accountable, donations for delivery could be tracked from the donor all the way to its final-use. Blockchain would also enable transparency for the general public to understand how their donations have been used and its progress. While a private blockchain is strictly controlled, it can also allow for public transparency for donors and donees, as well as authorities.

Johnstone, describing blockchain as a “superior tool” for tracking and verifying the origin and the journey for products, made the conclusion that it could be applied to “pretty much anything.” He added that blockchain could also solve the issue of substandard vaccines being mishandled and delivered to Chinese hospitals.

VeChain and DNV GL have been looking into using blockchain technology to enhance drug traceability since 2018. In November 2019, the National Medical Products Administration in China will launch a vaccine tracking system in Q1 of 2020 that covers the whole medical supply chain. Together with President Xi’s endorsement of the technology, blockchain could become essential for finding a suitable solution for the current issues.

China has been desperately looking into different solutions looking to cure the coronavirus. Although there has not been any effective cure for the virus, which has taken over 500 lives, progress has been made, where remdesivir is now believed to be the acceptable treatment of the virus.

Remdesivir was originally developed to treat the Ebola virus; however, it was not effective. Preclinical tests suggested that the drug may be effective against the coronavirus, and was given to a US patient for “compassionate use” and the patient’s condition was improved the next day.

The Wuhan Institute for Virology in China has applied to patent the drug, which is being developed by Gilead Sciences and is currently in Phase III of its clinical trial to assess the use of the drug for the treatment of the coronavirus.

However, a spokeswoman for Gilead Sciences said that the company invented the drug, and filed patent applications for the drug to be used against coronaviruses globally, including China, in 2016.

In situations like these, where there may be a contest in a patent or in securing intellectual property rights, blockchain could become the answer for the management of these rights. An immutable record of events, where the first entity to create the drug, could be added on the blockchain to avoid the duplication of patents for the same drug.