Telegram has filed an appeal to yesterday’s ruling by a United Stated federal court in favour of the US Securities and Exchange Commission (SEC) which has prohibited the issuance of Gram tokens for the time being. 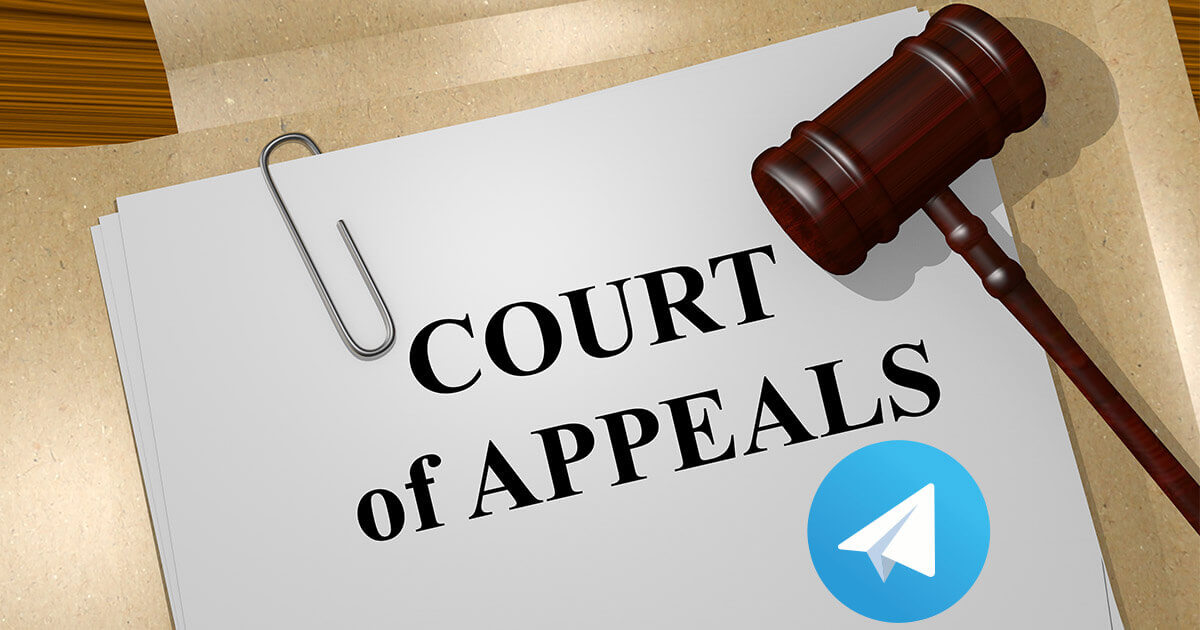 The SEC has won an important decision in their court case against Telegram over the legal status of the latter’s $1.7 billion Gram  token offering in 2018. The SEC has maintained throughout that the tokens sold were unregistered securities and yesterday the US federal court granted the regulator an injuction to halt the distribution of Grams as the legal battle continues.

The injunction states, “For reasons that will be more fully explained, the Court finds that the SEC has shown a substantial likelihood of success in proving that Telegram’s present plan to distribute Grams is an offering of securities under the Howey test to which no exemption applies. The motion for a preliminary injunction will be granted.”

The SEC believes through its examination via the Howey test that the contracts governing the Telegram’s token issuance qualify Gram tokens as securities. Per the filing, ““Under the Howey test, the series of contracts and understandings centered on Grams are a security within the meaning of the Securities Act of 1933 (the “Securities Act”).”

Telegram immediately filed a notice of appeal with the Court of Appeals for the Second Circuit.

The evidence being presented to the court by the SEC’s Howey Test appears to have compelled them to act in favour of the regulator early in the legal proceedings - this cannot be a good sign for Telegram and their TON network.

On Feb. 18, Telegram’s lawyer, Alexander Drylewski had criticized the application of the SEC’s Howey Test, citing that a test designed to categorize securities does not apply to digital assets that are offered with a promise of managerial oversight, that will increase their value over time. The lawyer argued that when TON blockchain launches, Grams will not be securities but commodities.

Philip Moustakis, attorney at Seward & Kissel LLP and former SEC counsel told Blockchain.News that Telegram’s defense was not looking good and believes the SEC has applied the Howey test correctly.

Moustakis said,“Telegram argues the "interests in Grams" are one transaction and the "delivery of Grams," another.  However, the court, rightly in my view, held the Howey test requires it to examine the entire series of understandings, transactions, and undertakings at the time they were made, meaning the totality of the facts and circumstances underlying the economic reality of the investment, including at the moment in time when investors separated with their money.” He concluded, “In other words, an issuer cannot avoid application of the federal securities laws by separating in time the capital raise and the delivery of the digital representation of the investor’s interest in that capital raise. And, at delivery, in my view, the Grams would still represent the series of promises and understandings that led up to their distribution”

The case between the SEC and Telegram is ongoing and we will continue to bring you updates.