Two of South Korea’s top banks have recently announced that they were looking into providing cryptocurrency custodial services to their clients. 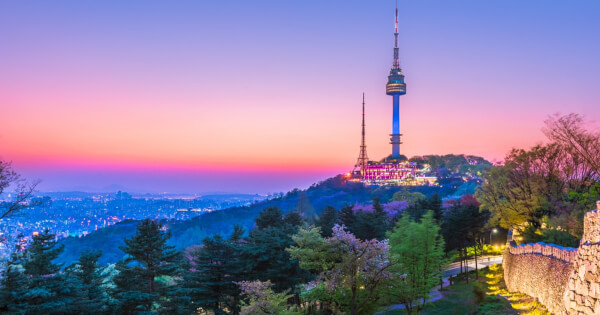 Woori and Shinhan Banks are following in the footsteps of Kookmin Bank, the largest commercial bank in South Korea. The financial monopoly had announced their intentions to offer Bitcoin (BTC) custody services at the beginning of this week, setting the tone for other commercial entities to follow. Along with the NH Nonghyup Bank in the mix, South Korea will see four of the country’s top five banks with cryptocurrency custodial services, enabling these institutions to generate profits through the management of their clients’ assets, whether it entails Bitcoin or fiat.

With the Special Financial Transactions Information Act amending its policies to integrate cryptocurrency usage into a traditional financial system and the legislation set to be in effect for next year, Shinhan and Woori Bank immediately announced their plans to integrate crypto custodial services into their repertoire of services.

Initially, Shinhan had wanted to introduce cryptocurrency services back in 2017, but it was not cleared by South Korean regulators back then. The bank has come long ways and joined Kookmin Bank, who decided to partner strategically with coin exchange Cumberland Korea and Hashed, a global blockchain venture fund.

An update by Hashed indicated that the financial institutions were working on advancing the digital assets market in South Korea, pushing for fundamental technologies, such as blockchain and digital asset custodial services to be normalized.

Competition Among Countries Is Fierce

What South Korea seems to be lacking however is a regulatory framework built around cryptocurrency adoption. This concern revolving around the evolving financial industry was addressed by Park Seong-Jun, the head of the Dongguk University Blockchain Research Center. He said:

“Other countries are moving very quickly in this regard. But there is still no legal system set in place in South Korea, so progress is slower than expected. We are worried that we will lose our competitiveness.”

With each country pushing to instill a regulatory framework to manage cryptocurrencies within a financial bank institution and to be the first to introduce a Central Bank Digital Currency (CBDC), Park is worried that that South Korea might be losing to its competition, namely China and USA. The two political and economic powerhouses are actively trying to be the first in the game to come up with an operating CBDC.

With the economic situation caught in a downhill fall due to the ongoing pandemic, traditional banks are struggling to stay afloat, which may explain why there has been a perceived increase of blockchain adoption among traditional banks, in the recent weeks.

On August 12, blockchain company Apollo Fintech has announced that they have finalized the blockchain national currency platform they have been actively working on for two years. This platform would enable Central Bank Digital Currencies to leverage it to operate.

The fintech company advocated that their blockchain-powered platform would enable users to make digital payments efficiently and in a secure way.

The blockchain platform is dubbed “National Payment Platform,” and is the first blockchain CBDC platform to be ready for digital assets issuance.