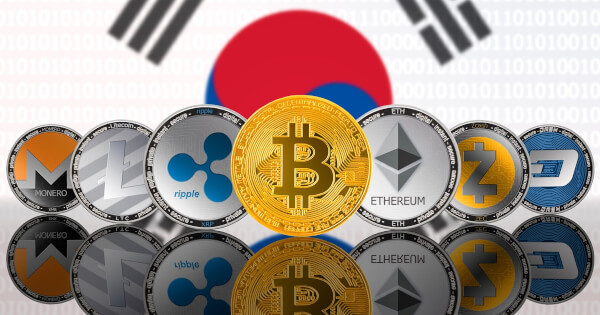 According to a blog post by Hashed’s legal compliance officer Jin Kang on Aug 7, Hashed signed a memorandum of understanding with KB Kookmin Bank, Haechi Labs and Cumberland Korea to advance the emerging market for digital assets in South Korea. The MOU is based around fundamental technologies such as blockchain and will entail managing and storing digital assets, advocating for optimal regulatory developments, and transforming the traditional financial sector.

In January 2020, Kookmin bank filed a trademark application for ‘Kbdac’ with the Korean Intellectual Property Office. Kbdac is a proposed digital custody service.

Per the blog, “KB Kookmin Bank, the largest bank of the four, anticipates that the digital asset industry will not only involve cryptocurrencies but also other traditional assets such as real estate, artwork, and other reified rights that will be issued and traded on blockchain platforms.”

In the short-term at least, the partnership between Kookmin and Hashed will have a predominant focus on cryptocurrency but as cited above, the three entities will eventually offer custody for other tokens, security tokens, non-fungible tokens, and most likely central bank digital currencies.

According to Jin Kang, the news of the collaboration between Kookmin Bank and Hashed is perfectly timed with the recent announcement by the United States OCC that US banks may also, offer custody for digital assets.

As reported by Blockchain.News on July 23, the United States Office of the Comptroller of the Currency (OCC) issued a public letter on July 22, clarifying that federal savings associations and national banks have the legal right to take custody of crypto-assets.

With the letter, federal savings associations and national banks have been made aware that they can freely hold cryptocurrency assets for customers, whether it is holding keys or offering other custody or protective services. The letter clarifies the stance by the OCC that bank custody services, which have been known to include holding digital assets can extend to cryptographic keys and other cryptocurrency-related assets.

Chief Counsel and Senior Deputy Comptroller at the Office of The Comptroller of The Currency (OCC) wrote the letter as a response to an unnamed bank, which had sought the opinion.

The letter reaffirms the position of the OCC that national banks can offer permissible banking services to any lawful business they choose, including cryptocurrency businesses, provided that they comply with applicable law and effectively manage the risks.