The United States Office of the Comptroller of the Currency (OCC) issued a public letter on July 22, clarifying that federal savings associations and national banks have the legal right to take custody of crypto-assets. The OCC is an independent bureau within the US Department of The Treasury and was established to supervise, regulate, and charter all federal saving associations and national banks in the US. 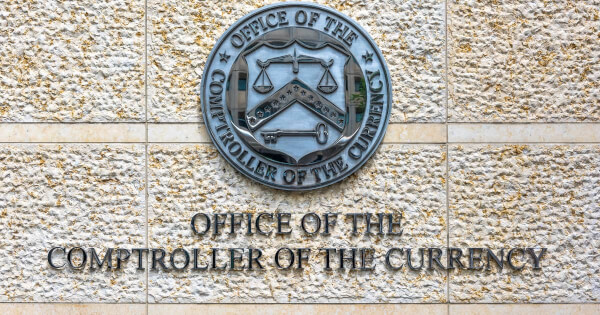 With the letter, federal savings associations and national banks have been made aware that they can freely hold cryptocurrency assets for customers, whether it is holding keys or offering other custody or protective services. The letter clarifies the stance by the OCC that bank custody services, which have been known to include holding digital assets, can extend to cryptographic keys and other cryptocurrency-related assets.

Chief Counsel and Senior Deputy Comptroller at the Office of The Comptroller of The Currency (OCC) wrote the letter as a response to an unnamed bank, which had sought the opinion.

The letter reaffirms the position of the OCC that national banks can offer permissible banking services to any lawful business they choose, including cryptocurrency businesses, provided that they comply with applicable law and effectively manage the risks.

In the letter, the regulator explained the rationale for its decision, saying that cryptocurrency users desire safe custody for their crypto assets from recognized institutions such as banks. The OCC also justified that banks providing custody storage could be a significant benefit for market participants such as investment advisers and fund managers who need third-party asset custodianship.

As part of the letter, the OCC said that state and national banks and federal savings associations have long provided custody and safekeeping services, including both electronic assets and physical objects. The regulator stated that the OCC has especially recognized the significance of digital assets and the role that banks play in providing safekeeping for such assets since 1998.

The Acting Comptroller of The Currency at the OCC, Brian Brooks, also stated that regulators strive to ensure that banks offer financial services that meet the current needs of their customers. He said that banks could continue providing cutting-edge custody services like safe deposit boxes and vault storage to safeguard customers’ valuable assets, including cryptocurrencies. Brooks is the former chief legal officer of Coinbase cryptocurrency exchange, who took office at the OCC less than two months ago.

The OCC said that its approval does not limit banks to a specific type of cryptocurrency custody. Financial institutions can, therefore, hold digital assets and store copies of their customers’ private keys in secure cold storage facilities.

The latest announcement is seen as a significant boon for cryptocurrency in the US. The move has allowed federal savings associations and national banks to further embrace cryptocurrency and develop related services without previously-vague guidance. The announcement would thus enable an increasing number of banks and financial institutions to launch crypto custodial services. These solutions give institutional and retail investors peace of mind that their digital assets are insured, secure, and under the care of a trusted third-party, thus freeing them from responsibility for safeguarding their crypto assets.