SEC Commissioner Hester Peirce Confirmed for Second Term By US Senate, Crypto Mom Will Remain Until 2025

The United States Senate has voted in Commissioner Hester Peirce of the Securities and Exchange Commission for a second term that will see her remain with the regulator until 2025. 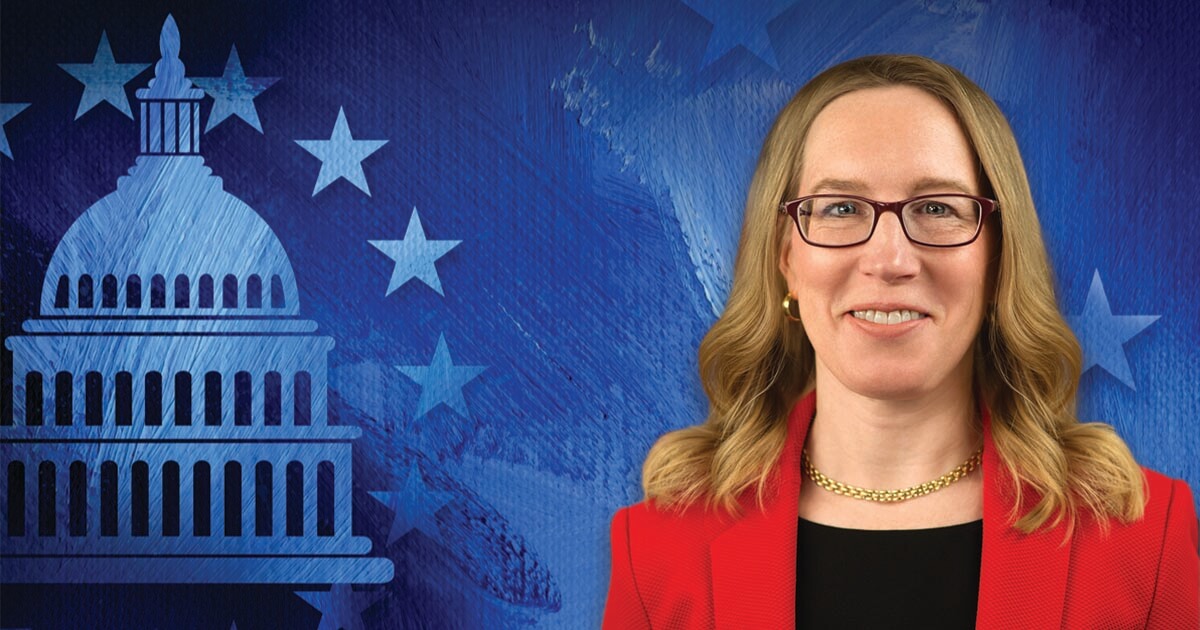 The US Senate has confirmed Securities and Exchange Commission (SEC) commissioner Hester Peirce, renewing her position for a second term via a voice vote on Aug 5.

Peirce who has earned the name ‘Crypto-Mom’ for her pragmatic and reasoned approach to dealing with digital innovation projects brought before the SEC was voted in alongside Caroline Crenshaw.

Commissioner Peirce first took office in January 2018 and received a nomination to finish the last two years of her term from US President Donald Trump. Peirce was originally nominated by former President Obama in 2015 to fill a Republican seat, without Trump’s second nomination her term would have ended on June 5.

Crypto Mom: Voice of Reason in the SEC

Peirce earned the nickname of ‘Crypto Mom’ when she first proposed a safe harbor for digital token projects as the SEC regulating authority had become increasingly prejudiced towards cryptocurrency and blockchain-related project.

According to Commissioner Peirce's safe harbor proposal, a three-year reprieve from securities law should be granted to developers and projects that can demonstrate they are raising funds and making progress towards an open-source network. These projects will be required to make full disclosures regarding their raised funds to the public.

Peirce highlighted that the benefits would allow developers to fundraise, investors to access more detailed project information and innovations in this emerging technology would stay in the US.

SEC Commissioner Peirce made further headlines in the cryptosphere when she spoke out and highlighted parameters that were set and heavily scrutinized in the SEC’s processing and ultimate rejection of Bitwise’s Bitcoin ETF application. Peirce argued that the standards that Bitcoin ETF’s are subjected to have never been applied to traditional markets offering.

SEC Commissioner Hester Peirce wrote that “the Commission applies a unique, heightened standard under Exchange Act Section 6(b) to rule filings related to digital assets” in a dissenting statement in response to the Bitcoin ETF rejection. Peirce wrote, "This line of disapprovals leads me to conclude that this Commission is unwilling to approve the listing of any product that would provide access to the market for bitcoin and that no filing will meet the ever-shifting standards that this Commission insists on applying to bitcoin-related products—and only to bitcoin-related products.”

During a recent appearance, Peirce was also incredibly critical of the SEC’s handling of Telegram’s TON network, which she believed was a waste of resources and ultimately helped no one.

Securities and Exchange Commissioner Hester Peirce has shown no signs of pulling out of her advocacy role for digital projects.

Last month on July 7, Peirce spoke at the Unitize Virtual Conference and advocated for a clear regulatory framework for crypto projects to foster innovation in the capital markets. Peirce said, “I wanted to make sure that our regulatory structure was flexible enough to accommodate innovation.”

Alluding to her previous safe harbor proposal Peirce highlighted that the benefits of clear regulation would allow developers to fundraise, investors to access more detailed project information, and innovations in these emerging technologies would stay in the US.

The exodus of tech talent from the US to Asia and Europe has been well documented and Peirce believes that’s “all the more reason for a jurisdiction like the United States to try to develop a workable framework that allows people to come and avail themselves of our market.”

While Peirce wants to see the US Government be more proactive in cutting through the regulatory uncertainty for crypto and blockchain, she also highlighted that innovation rarely comes from the public sector.