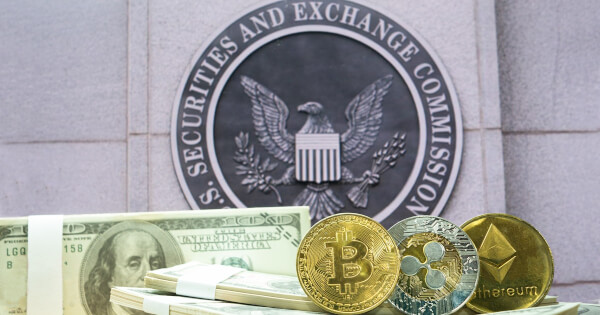 On Wednesday, the US SEC finally made a decision on the Bitcoin ETF filing by Bitwise and NYSE Arca, stating that the applicants did not meet the necessary requirements pertaining to possible market manipulation and illicit activities, and thus rejected the rule change.

The Sec offered the following explanation, “The Commission is disapproving this proposed rule change because, as discussed below, NYSE Arca has not met its burden under the Exchange Act and Commission’s Rules of Practice to demonstrate that its proposal is consistent with the requirements of Exchange Act Section 6(b)(5), and, in particular, the requirement that the rules of a national securities exchange be designed to prevent fraudulent and manipulative and practices.”

The response from the SEC appears to be in stark contrast to Bitwise’s Managing Director and Global Head of Research, Matt Hougan’s recent display of optimism on Oct.7 when he commented, “We’re closer than we’ve ever been before to getting a Bitcoin ETF approved.”

Hougan has been vocal in his belief that perceptions of Bitcoin have radically changed and seemed convinced that the firm’s chances to land approval for a physically-held Bitcoin ETF were good. Hougan had cited the significant growth in cryptocurrencies and the role of custody in the development of Bitcoin as evidence stating, “I’d say custody has really solved our problem in crypto right now. There are a large number of regulated, insured custodians with hundreds of millions of dollars of insurance in place.”

The rejection of Bitwise's proposal is another episode in a series of setbacks and delays from the SEC. The regulators had previously postponed making a decision on the proposal until Oct. 13 along with two other ETF proposals by VanEck Solidex and Wilshire Phoenix.