Do I need to Buy One Whole Bitcoin? 3 BTC Questions I’m Tired of Answering

“No, you don’t need to buy a whole Bitcoin.”

As someone who writes about blockchain and crypto I often find myself answering the same questions over and over again to friends and people I meet, about Bitcoin. 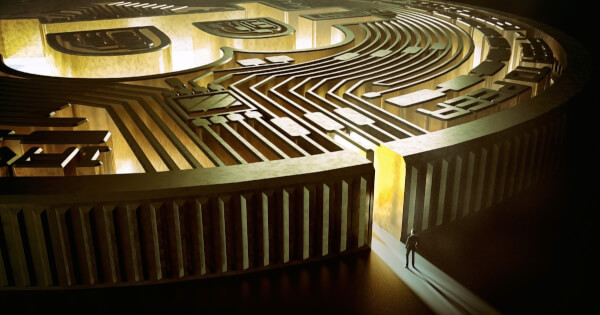 In no particular order, I am most commonly asked the three questions below:

The short answers to these are:

At the moment, swarms of new people are taking notice of the immense gains being made in the Bitcoin and crypto space as announcements of new BTC price highs, institutional adoption and mainstream acceptance continue to permeate news in 2020.

However, the types of questions listed above, reveal a broad misunderstanding common amongst people who unlike myself and my peers are not standing knee-deep in the digital assets industry. Cryptocurrency is still a new and frightening technology to many, and big changes are difficult for people to cope with—particularly a change that may potentially alter our core financial system—and Bitcoin is still hopelessly misunderstood.

Why is Bitcoin worth anything?

This is perhaps the most difficult question to answer because it often creates a very long conversation about what gives anything value? As in my short answer above, simply put Bitcoin is an asset with mathematically proven value and scarcity and BTC’s short term price gains are often tracked to sentiment in the markets.

A real consideration of what makes something valuable can be mind-blowing and could cause a person to tumble down a philosophical rabbit hole that most people have not really ventured far into before.

The factors that make an asset valuable can range from spiritual importance to their utility, but often throughout history, forms of value have been mostly connected to scarcity—which is why things that are difficult to acquire or mine like gold, silver, and diamonds have high value in our society.

There are interesting examples of this throughout history. For example, in the Napoleonic era, aluminum was seen as far more valuable than gold as it was scarcer and more difficult to acquire at the time. Napoleon's crown was even made from aluminum to highlight his supreme power as Emperor, but, by today's standards, the prospect of aluminum being more valuable than gold is quite absurd.

Where this gets confusing for people is the value underlying Bitcoin—rather than relying on physical properties like gold or silver, or relying on trust in a central authority, Bitcoin is backed by mathematics.

Bitcoin has real scarcity. BTC is created at a decreasing and predictable rate, with the number of new Bitcoins created each year undergoing an automated halving every four years, effectively halving the BTC mining rewards for ownership of the block. This process will continue until the total 21 million Bitcoins that will ever exist have been mined from the blockchain—which is predicted to be completed by 2140.

Bitcoin has value because it has utility as a form money, a store of value, and is a unit of measurement. Bitcoin has all the characteristics of money—durability, portability, fungibility, scarcity, divisibility, and recognizability. With these attributes, all that is required for a form of money to hold value is trust and adoption.

In the case of Bitcoin, this can be measured by its growing base of users, merchants, and startups. As with all currency, bitcoin's value comes only and directly from people willing to accept them as payment.

Throughout much of its history, the value of Bitcoin has been driven primarily by speculative interest. Bitcoin has exhibited characteristics of a bubble with drastic price run-ups and a craze of media attention which also creates tension with those looking to enter the crypto space. This is likely to continue to decline as Bitcoin continues to see greater mainstream adoption.

Am I too late to Buy Bitcoin?

This question also reveals a huge misconception from members of the non-crypto public— the belief that Bitcoin has already done its dash and that they have missed the boat. What if I told you there was still time to get in on Bitcoin, and many respected and celebrated asset managers are still reporting that this is just the beginning?

According to Wall Street legend and billionaire Paul Tudor Jones, who made headlines when he revealed he was buying bitcoin to hedge against inflation earlier this year, it is not too late at all to get in on Bitcoin.

"Bitcoin has a lot of characteristics of being an early investor in a tech company […] I think we are in the first inning of Bitcoin, it’s got a long way to go."

Jones is not the only one betting on the Bitcoin price increasing in years to come.

PayPal made headlines recently announcing a move on Bitcoin, and other institutions including MicroStrategy, Square, and Stone Ridge Asset Management have all invested in Bitcoin, some even noted that BTC has become part of its treasury investment strategy.

Raoul Pal, the CEO of Real Vision Group, and a wall street veteran believes that Bitcoin could hit $1 million by 2025, according to his model. His prediction was backed by regression on a log chart since Bitcoin’s inception, allowing him to analyze the Bitcoin price projection based on its past performance.

Raoul Pal who is also the former head of sales at Goldman Sachs’ hedge fund previously also said that he believes that Bitcoin will be the best performing asset in the next two years—he previously mentioned that Bitcoin could rally to $100,000, and even $1 million, which he reasserted recently.

Bloomberg’s latest report also predicted that Bitcoin could reach $100,000 in 2025, saying that Bitcoin has a history of adding zeros to its price.

JPMorgan also believes that Bitcoin would have a good chance of increasing its price, according to a recent report. The investment bank said that the digital currency could continue to surge as it competes with gold as an “alternative” currency. When comparing gold to Bitcoin, JPMorgan noted that the physical gold market, including gold ETFs, is worth $2.6 trillion. Bitcoin would need to surge at least 10 times from its current levels to catch up to gold in terms of market value.

“Even a modest crowding out of gold as an ‘alternative’ currency over the longer term would imply doubling or tripling of the Bitcoin price.”

With experts far more qualified than myself supporting this argument, and the rising adoption of Bitcoin, higher prices seem inevitable and we do appear to just be scratching the surface.

Do I need to Buy a Whole Bitcoin?

No, you don’t need to buy a whole Bitcoin.

It is my personal suspicion, that a misunderstanding about how much Bitcoin must be purchased to enter the market is perhaps one of the most solvable issues that is hindering public adoption. This misunderstanding is also, I suspect, responsible in part for seeing a pump in various altcoin prices, as altcoins often provide investors an affordable way to get into the cryptocurrency markets in whole units—which they may initially think they need to see any value or ROI.

There is so much emphasis placed on how much “one” Bitcoin is worth across the industry, that new users often come in to BTC investment thinking that if they want to get in, that they will have to immediately be able to spend $13,000 (at time of writing) to buy a whole Bitcoin. But actually, that isn’t the case – it’s possible to buy a half of a Bitcoin, a quarter of a Bitcoin or even a fraction of a percent of a Bitcoin.

One Bitcoin has a much larger degree of divisibility than a US dollar, as well as most other fiat currencies. While the dollar can be divided into cents, or 1/100 of 1 USD, a Bitcoin is divided into "Satoshis" which are just 1/100,000,000 of 1 BTC. It is this extreme divisibility which also makes bitcoin's scarcity possible.

Some exchanges offer minimum Bitcoin purchases as low as $10 USD for you to get started, and when I tell my friend’s this, it often invites one final question—How much BTC do I need then?

As mentioned above, the smallest unit of Bitcoin is 0.00000001 BTC, with this lowest unit called a Satoshi, after the pseudonymous developer behind the cryptocurrency.

As the Bitcoin supply is capped at 21 million BTC, should the future of Bitcoin come to pass, and the premier crypto becomes the core of our global financial system—anyone with 1 BTC will be among the 21 million richest people in the world.

Around 18.5 million Bitcoin have been mined, which is about 87% of the total BTC supply. The remaining 2.5 million will become exponentially more difficult to produce over the next 120 years.

The divisibility of Bitcoin could allow for quadrillions of individual units of Satoshis to be distributed throughout a global economy. So how much do you need? In simple mathematics, you just need to divide the entire BTC supply by the global population.

With roughly 7.5 Billion people, means 21,000,000 BTC /7,500,000,000 = 0.0028 BTC. The likelihood of everyone having this small amount is not great either, as a lot of the circulating supply is held by investors and whales, some of them already holding thousands of whole Bitcoins.

However, at the time of writing, a meager $100 investment into BTC will get you around 0.0076 BTC or 760,000 Satoshis. This is three times what the general person could hold in future if all BTC were able to be divided equally, which it will not be.

So if you believe that Bitcoin has value, and want to get some skin in the crypto game, I recommend to you, as I do with all my friends, that you just start with a $100 USD and continue to stack your wallet when possible.

After the initial purchase of $100 USD in Bitcoin, you’ve already added a potentially vast amount of wealth to your family's financial future, and any BTC you add to this will just be the icing on the cake.

Disclaimer: The views and opinions expressed in this article are those of the author and is not investment advice. Readers should conduct their own research before taking any actions and Blockchain.News is not responsible, directly, or indirectly, for any damage or loss caused or alleged to be caused by or in connection with the investment decisions of its audience.