Bitcoin’s price is heading to $20,000 by the end of 2020 according to billionaire cryptocurrency investor Michael Novagratz, CEO, of Galaxy Digital. 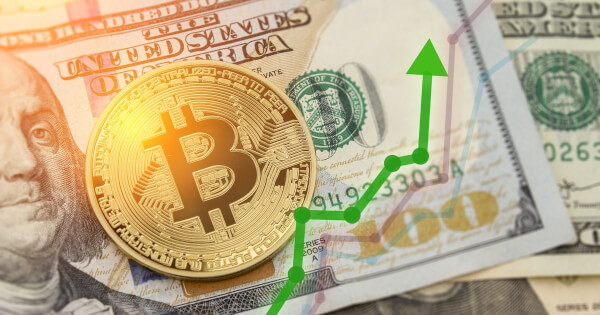 The Bitcoin price appears to finally be making its bull run after months of inaction, and briefly reached a new price high for 2020 when it peaked over $11,400 on Monday before a slight correction.

Michael Novogratz, the former hedge fund billionaire and now cryptocurrency investor and advocate thinks that the Bitcoin price bull run is just warming up. The Galaxy Digital CEO believes the Bitcoin price will hit $20,000 by the end of 2020 due to rising investment from the retail sector and fueled by the liquidity pump of the Federal Reserve into the global economy.

On Tuesday, July 28, billionaire investor Michael Novogratz told CNBC that his investments into gold and Bitcoin have started to pay off in recent weeks, and he asserted that the price of both assets is set to continue rising—predicting the Bitcoin price will return to its all-time high of $20,000.

Novogratz told CNBC, “The liquidity story isn’t going away. We’re going to get a big stimulus…it doesn’t look like the Federal Reserve is going to raise rates."

The Bitcoin price had been stagnant, hovering around the low $9000s in value prior to the bullish surge on July 26, and had received a lot of criticism from big players in the crypto industry.

As the value of the USD has been depreciating with the mass printing of stimulus checks deployed by the US government for pandemic repercussions relief and with gold finally responding with a price rally, Bitcoin (BTC) appears to have finally gained some bullish traction on the crypto market.

With the announcement on Monday of the second round of stimulus payments on the way in the United States—Novogratz believes that a catalyst for a further Bitcoin price bull run as well as a gold price bull run is upon us.

The coronavirus pandemic lockdown has created a huge financial chasm in the markets, one that the US Federal Reserve has tried to fill by pumping liquidity back through the economy via stimulus packages for small businesses and citizens. The US government’s first stimulus package put $2 trillion dollars into play, sending out $1,200 dollars to each citizen.

The second round of stimulus will be another $1 trillion dollars as well as individual payments to each US adult citizen of $1,200.

With the USD being printed in bulk by the US government in the goal of delivering a second round of stimulus packages to the population, many investors have been moving wealth to cryptocurrencies like Bitcoin as a safe haven hedge.

In fact, it was even reported by crypto exchange Coinbase that many Americans had used their first stimulus check of $1,200 towards investments in Bitcoin. Crypto advocates tout Bitcoins and altcoins as a means to protect their wealth from the expected inflation that will follow.

Gold has also enjoyed a resurgence in popularity and has always been regarded as the traditional store of value. The gold price also rose above $1900 and has held up close to $2000 per ounce—a trend that Novogratz also sees continuing.

With the announcement of the second stimulus, Novogratz observed, “Yesterday, you saw a lot of money shift back over to gold and Bitcoin," he added that there is also, “a lot of retail interest in Bitcoin.”

Novogratz stated that the mass of retail traders switching from stocks to Bitcoin due to the announcement of a fresh government stimulus indicated to him that the Bitcoin price could reach $14,000 in the next three months. By the year’s end, the Galaxy Digital CEO predicted the Bitcoin price will return to its all-time high of $20,000 per coin.

Novogratz also asserted that he has observed institutional investors moving value to Bitcoin but believed there is a bit of a learning curve for Wall Street investors when buying cryptocurrency instead of gold. He said, “Gold has been around for 3,000 years, it’s pretty easy to buy…there’s an adoption game in Bitcoin that you don’t have in gold.”

Novogratz's Bitcoin price prediction has been shown support by other investors in the space.

The always influential Gemini CEO Tyler Winklevoss advocated in a recent public tweet that Bitcoin is the way to go, and should definitely be invested in. He explained that with the US Federal Reserve’s plan of mass printing money, the “stage for Bitcoin’s next bull run is set.”

The coin exchange CEO thinks that with the current economic turmoil, investors are going to be looking at BTC as a more interesting alternative investment solution, as opposed to mainstream markets.