Ripple Co-Founder, Chris Larsen believes the Cold Tech War between China and the United States is going to be won and lost on the blockchain battlefield with the stewardship of the global financial system at stake. 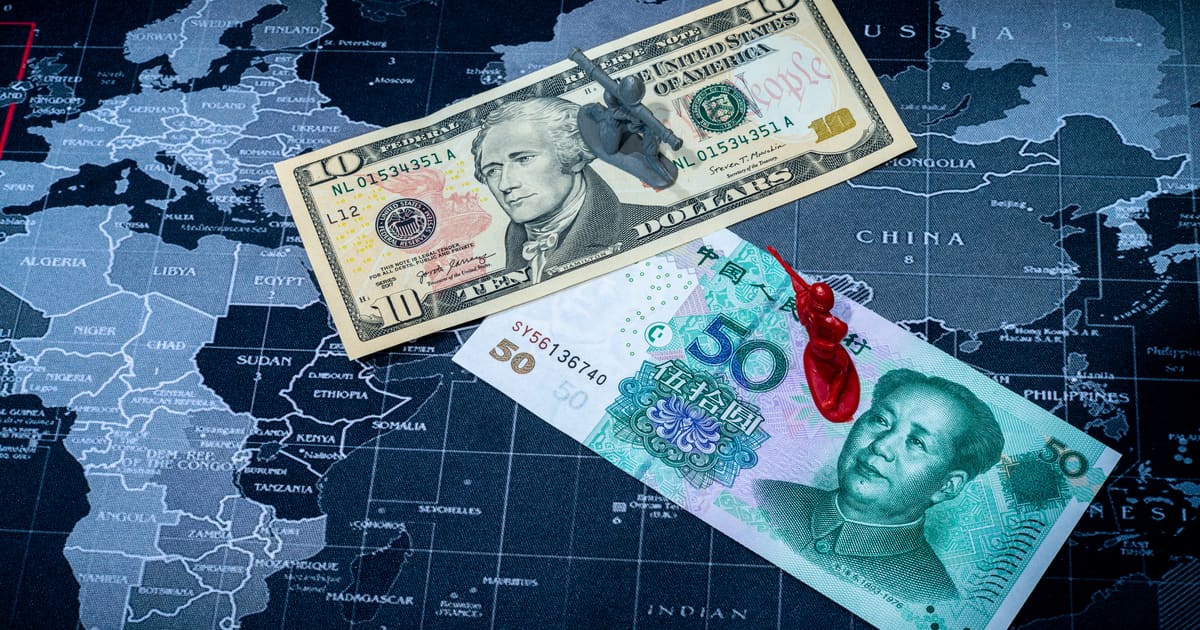 Chris Larsen, the Co-Founder of Ripple believes that blockchain, Bitcoin and interoperability protocols have presented China with a “once-in-a-century” opportunity to replace the dollar with the Digital Yuan.

In an op-ed published by the Hill on Aug. 21, Ripple Co-Founder Chris Larsen wrote that too much of the focus in the US-China Cold Tech War is being given to 5G and AI—when the future of the world's global reserve currency will be won by dominance in digital currencies, particularly Bitcoin, and investment in blockchain technology.

Ripple Co-Founder Larsen argues that that world’s financial infrastructure in basically now antiquated, a relic of legacy technology and we are at “a moment of fundamental change.” Digital wallets, blockchain, cryptocurrencies and DLT interoperability will be the foundation of the new world financial infrastructure, one that could see the digital Yuan usurp the US dollar global reserve currency.

Larsen argues that China has put itself into the perfect position to become the global financial leader through a series of strategic long-term developments. The Ripple Co-Founder and Chairman said:

“China […] should make the US paranoid about maintaining our lead. It has already achieved near-universal use of digital payments domestically through financial tech giants such as Alipay and WeChat, and it’s on the cusp of issuing a state-controlled digital currency—the digital Yuan.”

As Co-Founder and executive Chairman of Ripple, a San Francisco-based company that uses blockchain technology for its Ripplenet and XRP token in international financial transactions Larsen said, “Unfortunately, the US is woefully behind (China).” He cites that US domestic digital payments have nowhere near the utility as their Chinese counterparts, and while discussions are underway and the Federal Reserve has ramped up digital efforts, China is already actively testing its digital Yuan and is miles ahead in terms of public policy.

China is not only leading in technological achievements, China has also been smart about building leverage to deploy them. Ripple Co-found Larsen said, “Consider its Belt and Road Initiative, a powerful multinational effort to spread these technologies cross-border, including to key US allies. With expanded security powers in Hong Kong, China is now the only country in the world that controls two global financial centers (Shanghai is their other).”

US Needs the Private Sector

Ripple Chairman Larsen argues that US Regulators should view strong American financial tech companies as allies in the Cold Tech war to come. Larsen also thinks that US federal regulators should even consider moving to the Westcoast.

While some groundwork has been laid by the digital dollar initiative, Larsen who co-founded Ripple and the third-largest cryptocurrency by market cap—XRP which is promoted as cross-border payments token and solution, said:

“There’s no reason Silicon Valley can’t be one of the global financial centers of the future, which, along with New York City, would level the playing field with China […] we must adopt a far more supportive regulatory approach to blockchain and cryptocurrencies, especially those technologies developed and used by American companies.”

Larsen also cited that 65% of the global bitcoin hashrate is currently generated by China's three major mining pools. While there is some debate as to these figures—Larsen argues in his opinion piece to policymakers the dangers that exist both if China was in control of the world’s global reserve blockchain or if China managed to take over the Bitcoin protocol. He said:

“It's not hard to imagine a dystopian future. A US defense payment to an ally could be blocked or reversed. A US company’s payments to a Vietnamese manufacturer could be stalled. US banks could have their payments restricted if they run afoul of Chinese policy goals”