Leaked EU Commission Draft on Crypto Assets Law: How Will Cryptocurrency be Regulated?


A leaked European Union legislative draft on digital assets reveals the European Commission’s plans for cryptocurrency trading and issuance across the nation. 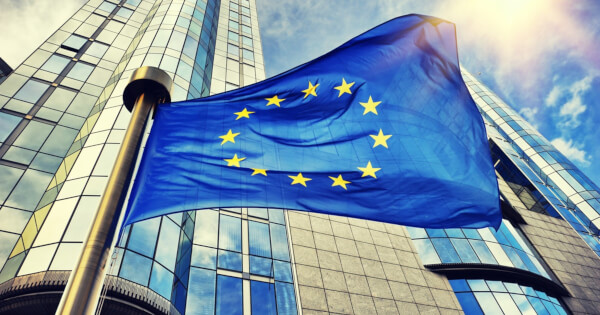 The draft legislation, proposed by Europe’s Markets in Crypto-Assets (MiCA) department, is allegedly supposed to be released by the end of the month. It dictates that the European Union wishes to treat cryptocurrency and regulate it as they would any other financial instrument. In that sense, the regulation would follow a clear framework, and legally, cryptocurrency issuance and trading would be treated the same as existent monetary investments and securities markets.

The leaked draft lays down the financial rules in a straightforward manner. A downside of it, however, may be that cryptocurrencies’ innovative growth may be hindered. The field of digital assets has been quickly evolving and new digital innovations are brought forth daily.

As the industry is fast-changing and new technological solutions are proposed on the regular, the question brought forth by many is whether the European Union’s legislative draft may potentially hinder the growth of cryptocurrency assets.

The proposals brought forth by MiCA are not unlike that of the EU’s Markets in Financial Instruments Directive (MiFID), which is a regulatory framework overlooking investments, securities markets, and fiat trades. In the legislative draft, MiCA proposes a comprehensive definition of crypto assets, followed by a clear set of rules to follow for those that intend to trade and invest in cryptocurrencies.

A part of the leaked proposal on crypto asset reads:

“This proposal is part of a broader framework on crypto-assets and distributed ledger technology (DLT), as it is accompanied by proposals ensuring that existing legislation does not present obstacles to the uptake of new technologies while still reaching the relevant regulatory objectives.”

Digital currency adoption on the rise

Recently, in an online conference with the Deutsche Bundesbank, European Central Bank’s President, Christine Lagarde, broached the subject of current banking and digital contactless payments. Lagarde said that with coronavirus, consumer preferences have shifted, and digital contactless payments have been on the rise. This trend is most likely to stay and continue after the pandemic.

Furthermore, she spoke about the European Central Bank’s plans and progress regarding central bank digital currencies (CBDC). She said:

“Europe has fallen behind in this competition. The lack of payments integration in Europe means that foreign providers have taken the lead. […] In a digital world, consumers must have the possibility to pay with sovereign money.”

Leading the pack for CBDC is China, which has already begun the experimentation phase for its digital currency, DCEP. The Digital Cash Electronic Payment, China’s version of a CBDC, is to be fee-free and is being tested in the wealthier cities of the country.