The Japanese Government has continued its acceleration towards a Central Bank Digital Currency (CBDC) and is set to include its consideration in its formal economic plan. 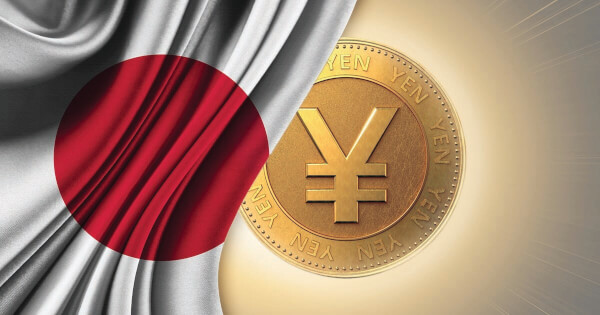 In a report from Nikkei on July 14, Japanese officials will continue to consider and discuss a CBDC in their official Honebuto Plan for Economic and Fiscal Revitalization. The Japanese government plans to discuss and consider the CBDC while coordinating with other countries, according to the media outlet.

The Honebuto Plan was designed to change the basic structure of politics, expressly in relation to economic and fiscal policy. The announcement of CBDC inclusion demonstrates how serious the discussion in Japan has now become.

The news of the inclusion of Central Bank Digital Currency in the Honebuto Economic Plan has come just one week after the Bank of Japan (BoJ) announced it will commence a Proof of Concept (PoC) process with the Digital Yen.

Although no timetable for Japan’s CBDC experimentation has been revealed, the BoJ published a report called Technical Hurdles for CBDC, in which the bank disclosed that it would check the feasibility of CBDC from a technical perspective while continuing to collaborate with other central banks that are also in development.

According to Nikkei, it will be the Japanese government, however, and not the Bank of Japan, that will have the final say on whether or not to issue CBDC.

Bank of Japan (BoJ), the nation’s central bank is aiming to create a digitized Yen to curb the potential influence of China’s own CBDC development—the Digital Yuan or Digital Currency Electronic Payment (DCEP). There have been many reports that China is already actively testing its DCEP across a range of civilians, government employees, and even some global organizations within the mainland.

As reported by Nikkei, in the Honebuto policy, it was stated that the BOJ PoC experiments "will be examined in cooperation with each country." In this regard it was previously announced in February, that six central banks around the world came together to create a working group to share experiences on use cases on central bank digital currency (CBDC). With significant expertise in exploring digital currencies, these six central banks are the Bank of Canada, Bank of England, Bank of Japan, European Central bank, Sveriges Riksbank in Sweden, and the Swiss National Bank, along with the Bank for International Settlements (BIS).

It was reported that Japan has also requested support from the US Federal Reserve to get in front of China. Norihiro Nakayama, the Vice-Minister for Foreign Affairs in Japan was quoted saying that he wishes the “Federal Reserve would partner with six other central banks including the Bank of Japan in studying digital currencies.