The Bank of Japan (BoJ) has just announced that it will begin experimenting with a Digital Yen, its own Central Bank Digital Currency (CBDC) to test its technical application and feasibility. 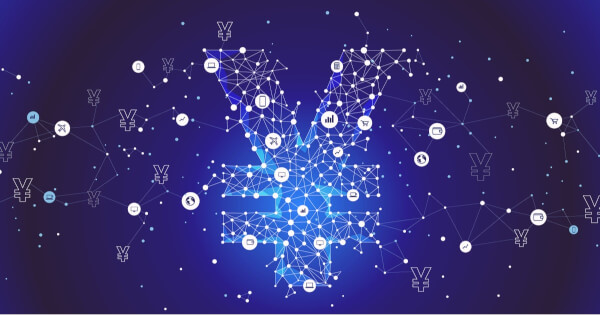 Although no timetable for Japan’s CBDC experimentation has been revealed, this is the first announcement by the BoJ that it will commence a Proof of Concept (PoC) process with the Digital Yen.

The BoJ published a report called Technical Hurdles for CBDC, in which the bank disclosed that it would check the feasibility of CBDC from a technical perspective while continuing to collaborate with other central banks that are also in development.

According to the report, the BoJ identified two major technical issues to overcome with its CBDC—universal access and resilience.

One is universal access, which as the name implies is to grant access to everyone including those who do not use smartphones. Surprisingly, in a country known for cutting edge tech, Japan’s smartphone penetration sits only at around 75% today, according to the Communications and Information Network Association of Japan.

The second issue referred to in the BoJ report is called “Resilience”—referring to accessibility to the Digital Yen offline in the event of a power outage or natural disaster.

Will the Digital Yen use Blockchain?

The report highlights the BoJ’s considerations of incorporating blockchain technology in its CBDC plans. The paper states that a centralized system that does not include DLT has larger capacities and are generally much faster as the transactions do not need consensus—but this opens up the entire system to a single point of failure which can be attacked or could disrupt the entire system if it goes down.

On the flip-side, a blockchain-based CBDC will be immune to a single point of failure and be capable of “resilience” but is generally slower as consensus must be achieved across the decentralized network.

Bank of Japan (BoJ), the nation’s central bank is aiming to create a digitized Yen to curb the potential influence of China’s own CBDC development—the Digital Yuan or Digital Currency Electronic Payment (DCEP). There have been many reports that China is already actively testing its DCEP across a range of civilians, government employees, and even some global organizations within the mainland.

It was reported that Japan has also requested support from the US Federal Reserve to get in front of China. Norihiro Nakayama, the Vice-Minister for Foreign Affairs in Japan was quoted saying that he wishes the “Federal Reserve would partner with six other central banks including the Bank of Japan in studying digital currencies.”