General Motors Company may be open to accepting Bitcoin as an official method of payment in the future. 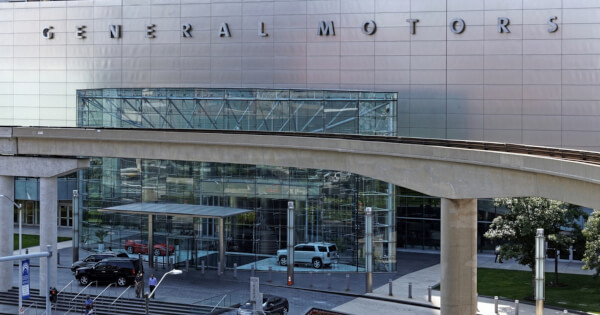 During the firm’s fourth-quarter earnings call conference, General Motors CEO, Mary Barra, disclosed that the automobile company may accept the crypto as a form of payment. Barra revealed this probability when she answered an inquiry initiated by an analyst at Morgan Stanley, Adam Jonas. He asked whether GM might follow other firms, notably Tesla in adding Bitcoin to their balance sheet or accepting it as a payment method for automobile purchases.

Jonas asked: “…a $45,000 BTC is optimal for a big-ticket purchase like a car. So how does GM think about this opportunity?”

Barra responded that General Motors has no plans to invest in Bitcoin, but said that the manufacturer would monitor customer demand for crypto as a method of payment for vehicles and services. Barra told reporters during the earnings call conference: “We don’t have any plans to invest in bitcoin, so full-stop there. This is something we’ll monitor and we’ll evaluate. If there’s strong customer demand for it in the future, there’s nothing that precludes us from doing that.”

During this discussion, it was revealed GM has been seeking out customer feedback on the use of crypto as a form of full or part payment.

The Detroit-based motor vehicle producer was one of the first manufacturers to begin investing heavily in the blockchain space. The company started patenting blockchain uses for personal security data and driverless vehicles. GM partnered with blockchain specialists "Spring Labs" in 2019.

Based on its announcement, GM is being tapped as the likely car manufacturer to follow Tesla’s footsteps and accept cryptocurrency as payment. Last month, Tesla moved $1.5 billion worth of its capital into Bitcoin, amid CEO Elon Musk repeatedly showing admiration of the leading crypto asset alongside altcoin Doge. Last week, Musk tweeted: “You can now buy a Tesla with Bitcoin”.

Although Musk did not provide several details of the methodology of the crypto payments, he stated that Bitcoin paid to the car producer won’t be converted to traditional fiat currency and the firm would use internal and open-source software to process the payments.

Cathie Wood, the CEO of ARK Investment Management LLC, which is a prominent investor in Tesla car producer, recently said that we should expect tech companies to add Bitcoin to their balance sheets in the near future. She revealed that big firms have been asking her whether it was a good idea to allocate huge sums of cash to Bitcoin or other cryptocurrencies.