Fabio Panetta, a member of the Executive Board of the European Central Bank (ECB), stated in his address to the European Parliament that the ECB intends to remain at the forefront of discussions concerning the nature of money in the digital world, including the exploration of the desirability and feasibility of establishing a central bank digital currency (CBDC). 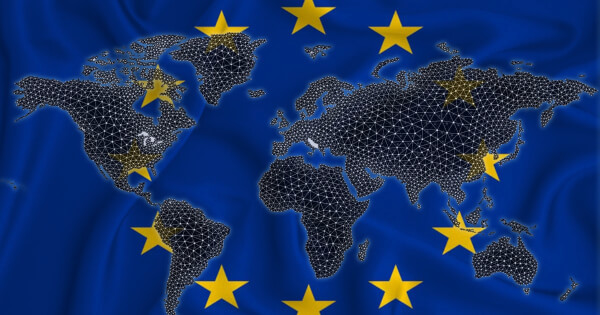 Italian economist and Member of the Executive Board of the ECB, Fabio Panetta addressed the European Parliament via a Frankfurt Am Main video conference on July 7—where he spoke on the Euro’s untapped global potential, citing the necessity to stay ahead of the pack in terms of CBDC development.

Euro’s role in the Global Markets

Referencing the findings of the 19th annual review of the international role of the euro, Panetta highlighted to the ECB members that although the euro has been one of the most profound changes to the international monetary system since the collapse of the Bretton Woods System, the euro’s share in international currency sits at around 19% which is lower than the approximate 50% share of the US dollar, but well ahead of any other currency.

Panetta reflected, “Developments since the outbreak of the coronavirus (COVID-19) pandemic have not changed the picture: investors rushed to the safety and liquidity of the US dollar in March 2020, confirming its pre-eminent role in the global monetary and financial system.”

Panetta stated that the euro’s global potential is yet to be fully realized, “But the right policies could unleash it.”

Covid-19 and the Rise of Digital Money

The Covid-19 pandemic crisis has accelerated the digitalization of money which Panetta believes, “May have implications for the euro’s global role.”

The Italian economist highlighted that Europe has stepped up its efforts in meeting the challenge to create a true European and modern payment solution through the European Payments Initiative. The initiative is a collaboration of 16 European banks and aims to create a unified payment solution for consumers and merchants across Europe, encompassing a payment card and a digital wallet and covering in-store, online, and person-to-person payments as well as cash withdrawals. Panetta said, “This is essential to ensure the autonomy of the European payments market, in the face of increasing dominance by foreign players.”

CBDC Could Raise the International Status of the Euro

The ECB will continue to monitor how new technologies change payment behaviors and intends to remain at the forefront of the discussion—including the exploration of the desirability and feasibility of establishing a central bank digital currency (CBDC).

Panetta said, “A CBDC would have domestic implications for the euro area in areas such as monetary policy, financial stability, and payment systems, which would need to be thoroughly assessed.” But according to the ECB member, “If the CBDC is allowed to be used outside the euro area, it is likely to have implications for the global monetary and financial system too.”

Panetta believes that the euro’s international status could be greatly strengthened if the CBDC represented and an attractive payment vehicle or store of value for non-euro residents. He said, “It could have implications for capital flows and the exchange rate of the euro, with potential knock-on effects on the euro area and global economic developments. It could amplify the real and financial cross-border spillovers of domestic monetary policy shocks by creating a new channel for their propagation. The magnitude of such effects would depend on the design of the CBDC.”

Towards the end of his speech, Panetta asserted, “Regardless of the choice of technology, the stability of money and payment systems should continue to rest on the firm foundations central banks provide. Maintaining the unit of account, guaranteeing the finality of payments, providing liquidity, and conducting oversight remain essential public goods that are provided by central banks. They are paramount to maintaining trust in a currency and safeguarding monetary sovereignty.”