Bitcoin has been having a good year and a very strong price showing since the Black Thursday stock market crash in March. 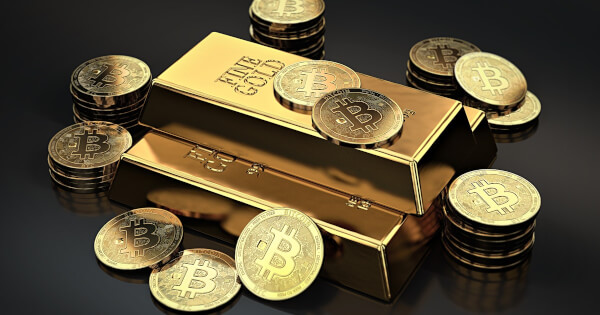 Since the COVID stock market crash on March 14, there has been a focus on the price of gold as the traditional store of value with the precious metal gaining over 15% since the dip. Bitcoin has gained more than 150% since March, after dipping below 4k recovering to its pre-crash levels faster than almost any other asset.

In Bloomberg’s Crypto Outlook April 2020 report, Bitcoin’s transformation into a safe haven asset like gold was said to have been accelerated by the coronavirus disruption. Taking into account that Bitcoin’s on-chain indicators are remaining price supportive, the report reveals that the coronavirus appears to be accelerating Bitcoin’s performance much more than the broad cryptocurrency market.

In their June report, Bloomberg predicted that Bitcoin’s price in 2020 could reach double of last year’s high of $14,000.

Despite these predictions and increased reporting of institutional adoption and even rumors that PayPal will begin offering Bitcoin sales to its 300 million users—investor Peter Schiff says an all-time high will be achieved by gold and he asserts Bitcoin won't even come close to hitting a new high.

Over the past few months, Gold the price of gold has surged but it appears to be a combination of central-banks stocking up on the asset and investors reactions the money printing policies of the Federal Reserve and ECB to stimulate the economy.

One Twitter user directed his comments to gold-advocate Schiff, they said, “Since gold peaked over 8 years ago, its price today is back to that level, while the price of #Bitcoin has risen by over 150,000%. So which one of you has been wrong over the past 8 years? Bitcoin is in a bull market and headed much higher, yet you remain in denial.”

On June 28, Schiff replied, he tweeted, “I’m just talking about the last 2.5 years. I was wrong not to buy Bitcoin 8 years ago, but anyone still holding it was wrong not to sell it 2.5 years ago. #Gold will likely make a new all-time high in 2020. BTC won’t even come close.”

This time Schiff is not alone in his Gold price prediction. The CIO of Morgan Stanley Wealth Management, Lisa Shalett, also recently made the case that the US dollar may be reaching a peak and argued that gold should perform under such conditions. Shalet said: “The dollar may be near a peak,” she continued “If the dollar weakens, this may be a good time for certain investors to consider adding some gold to their portfolios.”