Since the Bitcoin halving event on May 12, Grayscale Investment, the world’s largest digital asset management company, has bought more Bitcoins on behalf of its institutional clients than the number of Bitcoins mined in the same period. The American-based digital asset manager continues accelerating its rate of Bitcoin acquisition, despite Goldman Sachs recently determining the cryptocurrency an asset unworthy of investment. 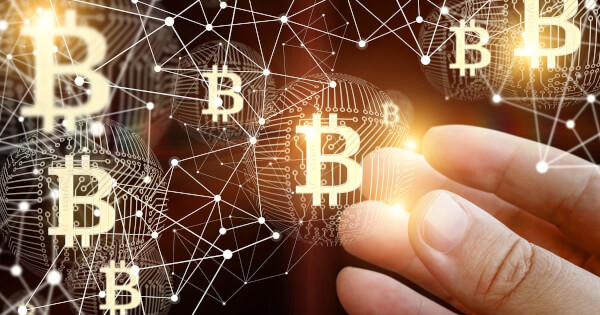 Kevin Rooke, an independent researcher and technology analyst, supplied data on Twitter showing that Grayscale acquired 18,910 coins to its Bitcoin Trust within a span of over two weeks since the block reward halving. Surprisingly, just about 12,300 bitcoins have been mined in the same period of time. This shows that Grayscale has purchased almost twice the number of Bitcoins mined since the recent halving event in May. Institutional demands for Bitcoin are skyrocketing. Thanks to the impact of halving.

Goldman Opinion Does Not Hold Water

Rooke’s comment on the statistics indicates that Grayscale‘s acquisition disregards Goldman Sachs professional opinion regarding Bitcoin. Rooke saw that since halving, the number of Bitcoins going into Grayscale’s Bitcoin Trust have exceeded the amount of Bitcoin produced by miners by over 52%.

The increased institutional demand for Bitcoin among Grayscale investors comes as a time when Goldman Sachs shocked the world by saying that Bitcoin is not an asset class. The Wall Street giant made such comments during its recent conference client call event on May 27. The investment bank identified high volatility and the inability to generate cash flows as some of the main reasons why bitcoin is not an asset class. The bank, therefore, does not consider Bitcoin as a suitable investment choice for its clients.

Despite Goldman Sachs tainting Bitcoin's reputation, Grayscale Bitcoin Trust is seeing rising institutional demand for the top-ranked cryptocurrency by market capitalization. A recent report showed that in the last 100 days before the block reward halving on May 12, the number of Bitcoins held in Grayscale Bitcoin Trust (GBTC) has risen by 60,762, thus indicating a rapid increase in Bitcoin holding.

November last year, Grayscale Investments launched its diversified crypto investment system for trading, an investment product made open to the public. Although high net-worth individuals and institutions are allowed to create registered accounts with Grayscale’s Bitcoin Trust, the investment company has not restricted trade on secondary markets. As a result, several retail traders/investors take advantage of opening accounts with Grayscale’s Bitcoin Trust to expose their retirement savings plans to Bitcoins.

Appetite for Bitcoin has increased especially from institutional investors. Institutions are now actively allocating huge amounts of funds to buy Bitcoin as a political and economic hedge. Grayscale is a US-based investment company that is capitalizing on this rise on demand as it offers the simplest custodial solution for investors. Since halving, Bitcoin miners have not been able to produce adequate coins to meet demands from Grayscale customers alone. That is why it is reported that Grayscale Bitcoin Trust is buying more Bitcoins for its customers.

Millennials and retail investors are still the largest demographic in cryptocurrency. But with an improved outlook from institutions, demand for Bitcoins is skyrocketing. This seems to fulfill the halving prophecy as experts believe that halving would have a positive effect on Bitcoin prices. However, it is worthy to take note that there are still skeptics across the board, including one of the largest financial institutions in the world – Goldman Sachs.