The recent announcement that Goldman Sachs would be holding an investor conference call event to further discuss inflation, gold and Bitcoin had captured the attention of the entire cryptocurrency industry. The investment bank called investors to discuss the “US Economic Outlook & Implications of Current Policies for Inflation, Gold, And Bitcoin”. 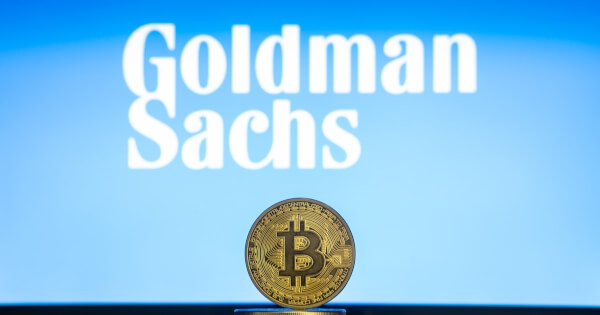 The meeting took place yesterday, on May 27, and while there were no specific details concerning the exact content and agenda prior to the conference, most believed the news of the call to be a positive sign for Bitcoin, and that Goldman Sach’s would officially declare the cryptocurrency to be a safe hedge asset against monetary inflation.

However, according to a leaked PowerPoint slide from the May 27 call, it is clear that Goldman Sach’s does not have a positive view of Bitcoin and the slide even seemed overly discouraging.

Pretty clear-cut messaging from Goldman Sachs here:
- Bitcoin and other crypocurrencies are "not a suitable investment for our clients"
- Allure of high volatility in crypto for hedge funds "does not constitute a viable investment rationale" pic.twitter.com/cso3MjKSyW

Despite recent Billionaire investor sentiment and the news of the coming fourth cycle of Bitcoin and the ensuing crypto-spring, Goldman Sach's has made their positions clear. The investment giant states that Bitcoin and other cryptocurrencies are "not a suitable investment" for their clients and "does not constitute a viable investment" as a hedge asset.

This news came as a surprise considering that in a recent interview, CEO of Goldman Sachs, David Solomon revealed that Goldman Sach’s may even follow the footsteps of its competitor JPMorgan Chase in launching its own crypto coin.

Solomon further said that the bank has been performing extensive research on stablecoins and asset tokenization. In the interview, the Goldman CEO expressed his belief in the potential that cryptocurrency holds in enabling frictionless and quick cross-border payments. He said that banks must remain innovative, otherwise, they will disappear.

For now, it appears the Goldman Sach's US Outlook call was not the boost to Bitcoin the crypto-community was hoping for, but there are still very positive signs that cryptocurrency investment is reaching a new level with the endorsement of several high profile investors like billionaire’s Paul Tudor Jones, Tim Draper, and Stan Druckermiller.

Alexis Ohanian, the co-founder of Reddit and early investor in Coinbase, commented on the Billionaire's joining the crypto fray, he said, “It’s interesting to see OGs of Wall Street now getting into crypto and Bitcoin, it’s increasingly showing that it’s here to stay.”