The Bitcoin price hit its peak of around $20,000 at the end of 2017, but over the last two years it has been trading at around half that value. Along with Bitcoin, other cryptocurrencies that take their cue from the success of the pioneer crypto, have also not achieved anything close to their values at the end of the 2017 ICO rush.

With the sudden crash of Bitcoin from $20,000 in December 2018 to just $3000 in January 2018, many believed the crypto bubble had burst and mainstream and institutional investors became completely uninterested in the technology overnight. This freeze-out of cryptocurrencies as legitimate assets for investment and development became known as the ‘crypto-winter’.

But times are changing and according to Alexis Ohanian, co-founder of Reddit and early investor in Coinbase believes the crypto winter is thawing and asserts that we are on the cusp of a ‘crypto spring’. 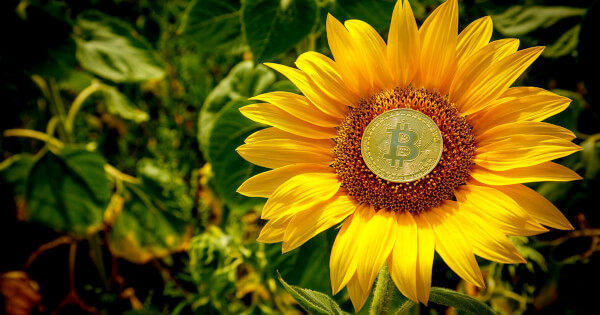 In an interview with Yahoo Finance, Ohanian said, “We really do see a crypto spring right now in terms of top-tier engineers, product developers, designers, building real solutions on top of the blockchain.” He added that these developments are, “the best signal of long-term value creation.”

Ohanian’s sentiment is matched by a recent report by renowned venture capital firm Andreesen Horowitz, which has forecasted a ‘fourth crypto cycle’ which would mean the end of the third crypto winter and kick-offed of a cycle of cryptocurrency prosperity.

Partners at Andreessen Horowitz, Chris Dixon, and Eddy Lazzarin wrote in the blog, “The 2017 cycle spawned dozens of exciting projects in a wide range of areas including payments, finance, games, infrastructure and web apps.”

Bitcoin had a resurgence in price last year, climbing to a peak of 12,000 for 2019. While the price did drop again amid heightened regulation discussion, it ultimately crashed in March 2020 along with the rest of the S&P 500 to $4000.

However, less than a few months later and Bitcoin is now approaching the $10,000 mark and Ohanian said that the projected trends they’ve “seen bear out are quite telling.” Ohanian also revealed that he has had a percentage of his wealth in crypto “for quite some time” and he believes it to be “a prudent hedge.”

The coming crypto spring is following a wave of fresh support for Bitcoin and cryptocurrency among high profile investors like billionaire’s Paul Tudor Jones, Tim Draper, and Stan Druckermiller.

Investment Banks Are In for Crypto-Spring

Along with well-known investors, institutional investment banks are also now assessing cryptocurrency and Bitcoin with a new level of maturity.

According to a recent investors’ invitation, Goldman Sachs is calling for a conference call event to further discuss inflation, gold, and Bitcoin. The investment bank seeks to hold a call with its top investors on the “US Economic Outlook & Implications of Current Policies for Inflation, Gold, And Bitcoin.”

Per the invitation, the event is scheduled to take place on May 27th. There are no specific details concerning the exact content and agenda of the conference. However, the report shows that the bank aims to discuss how the risk of monetary inflation and the current central bank policy could impact assets such as gold and Bitcoin.

In a recent interview, CEO of Goldman Sachs, David Solomon also revealed that Goldman Sach’s could follow the footsteps of its competitor JPMorgan Chase in launching its own crypto coin.

Solomon further said that the bank has been performing extensive research on stablecoins and asset tokenization. In the interview, the Goldman CEO expressed his belief in the potential that cryptocurrency holds in enabling frictionless and quick cross-border payments. Just like JPMorgan, Goldman Sachs believes that such currency will need to be backed by fiat currencies. Solomon acknowledged the reality that banks are keen on joining the cryptocurrency race. He said that banks must remain innovative, otherwise, they will disappear.