According to a recent investors’ invitation, Goldman Sachs is calling for a conference call event to further discuss inflation, gold, and Bitcoin. The investment bank seeks to hold a call with its top investors on the “US Economic Outlook & Implications of Current Policies for Inflation, Gold, And Bitcoin”.

Per the invitation, the event is scheduled to take place on May 27th. There are no specific details concerning the exact content and agenda of the conference. However, the report shows that the bank aims to discuss how the risk of monetary inflation and the current central bank policy could impact assets such as gold and Bitcoin. 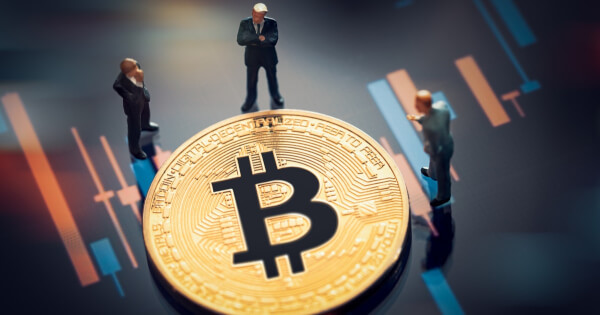 When the cryptocurrency industry emerged in 2009, financial institutions and banks visualized Bitcoin as a mere technology used by criminals on the dark web. Four years ago, nearly every financier, banker, and bank either had never heard about Bitcoin or were laughing at it.

But the perception has changed in the last few years and several leading banking institutions now recognize the once worthless Bitcoin and its associated ecosystem and technology, as a significant force for payment in the future.

As banks around the world begin to like the concept of Central Bank Digital Currencies, the clash between the traditional banking system, blockchain, and cryptocurrencies has subdued. In this scenario, the biggest turnaround has been JPMorgan Chase, the US banking giant. Jamie Dimon, JPMorgan CEO, once called Bitcoin a “scam” only later for the bank to deploy its own crypto coin.

This year has witnessed some significant events that shook the world economy, with Federal Reserve printing over $3 trillion. But multiple experts argue that such measures adopted by the U.S government could adversely impact rates of inflation in world economies. Other central banks across the globe are also taking similar measures.

But most hard money advocates feel that this is the right time for scarce assets such as gold and Bitcoin to thrive. For example, American billionaire hedge fund manager, philanthropist, and conservationist, Paul Tudor Jones, recently said that Bitcoin will be playing a crucial role as a hedge against worsening economic recession, which has led to rising unemployment rates.

Goldman Sach’s conference call event seems to embrace a similar sentiment. But what is interesting is the fact that the event will be hosted by Sharmin Mossavar-Rahmani, Chief Investment Officer at Goldman Sachs. In 2018, Rahmani was a vocal Bitcoin critic who blasted Bitcoin and other cryptocurrencies as worthless. But it is yet to be seen whether her opinions have changed over the years.

Goldman Sachs seems now to pay attention to Bitcoin. Other Wall Street juggernauts are beginning to pay attention. Goldman Sachs’ current announcement comes a few days after JPMorgan, the largest investment bank on the globe, announced that it is opening accounts for two cryptocurrency exchanges namely Gemini and Coinbase. This is a significant milestone for the cryptocurrency industry as this paves the way for new possibilities for banks to work hand in hand with crypto-based firms.

It is interesting to see banks now attempt to fit blockchain and cryptocurrencies in their systems. Recognition and legitimacy have been granted to this space. However, it remains to be seen how things would unfold from here.

Goldman Sachs May Follow JP Morgan To Launch Own Cryptocurrency

In a recent interview, CEO of Goldman Sachs, David Solomon, revealed that the US banking giant could follow the footsteps of its competitor JPMorgan Chase in launching its own crypto coin. Solomon further said that the bank has been performing extensive research on stablecoins and asset tokenization. In the interview, the Goldman CEO expressed his belief in the potential that cryptocurrency holds in enabling frictionless and quick cross-border payments. Just like JPMorgan, Goldman Sachs believes that such currency will need to be backed by fiat currencies. Solomon acknowledged the reality that banks are keen on joining the cryptocurrency race. He said that banks must remain innovative, otherwise, they will disappear.