Understanding the Profound Impact of Stablecoins on Traditional Finance

Stablecoins have been one of the hottest topics in recent years.

A stablecoin (or stable coin), as its name indicates, is a stable cryptocurrency designed to be resistant to the type of price volatility synonymous with cryptocurrencies like Bitcoin and Ether. According to the Blockchain.News Wiki,  "The key here is understanding the term "stable": what is "stable"? Which references are pegged to keep the tokens value "stable"? In terms of how we measure each token's "stability", we have to look at each particular stablecoin from various angles. 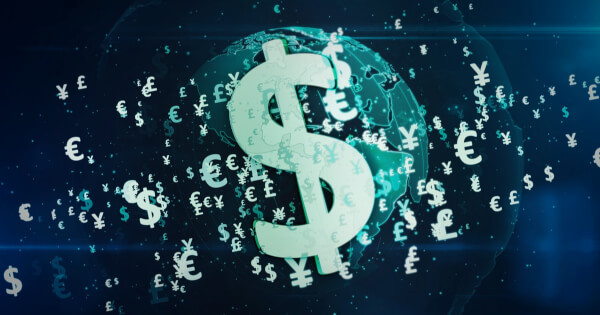 In the article, "Blockchain Brings Monetary and Financial Freedom", we introduced three internal factors to describe money: money form, money issuance, and the flow of money. We can view a stablecoin as a new form of money, to be specific, the encrypted form of fiat money.  Stablecoins do not alter the power of money issuance, but since a stablecoin is typically based on a blockchain, they can leverage a different system of money movement from traditional financial systems. Stablecoins are also subject to new privacy, transparency, ownership, and regulation challenges.

SWIFT is perhaps the most common form of remittance and cross-border payments used around the world. SWIFT was founded in the 1970s, based on the ambitious and innovative vision of creating a global financial messaging service.

However, Blockchain-based systems, like DeFi, hold a unique advantage over SWIFT which is a centralized service, while a blockchain is decentralized. This matters significantly because, in the case of SWIFT, you must rely on centralized financial institutions for every payment or transaction, which means that all transactions incur higher fees as the money must first be sent through the centralized system and then on to the recipient. In addition, as each transaction must be verified by the central authority, SWIFT payments can take days. Blockchain eliminates the need for a central authority to verify trust and the transfer of value; it rather transfers power and control from large entities to the users. Because of the decentralization of the network, blockchain enables safer, faster, and cheaper transactions.

According to the World Bank’s Remittance Prices Worldwide Database, the average cost to a SWIFT user for sending $200 to low-and-middle-income countries was 6.8 percent in the second quarter of 2019. With a blockchain-based system, the money movement price can be significantly lowered, which was the catalyst for the Facebook Libra project. - which was to be a new kind of denationalized money, a fully-back digital asset, that leveraged blockchain.

While much of the high-cost of a SWIFT money movement is due to outdated technology, users are also affected by the vested interests of traditional financial institutions. Indirectly, the announcement of Libra created a new threat in terms of "money issuance" which is solely governed by the US Federal Reserve. Since the announcement of Libra, the controversial attitude of the Federal Reserve and other regulatory bodies has risen to the surface, which all authorities seemingly working together to ensure the project never met its original intention.

The Federal Reserve endeavored to fully "regulate" and reign Libra in and the European Commission was incredibly vocal about Libra's potential to disrupt global finance. On the other hand, fearing initiatives from other countries like China, which has declared it's determined to be the first country with a viable central bank digital currency, the regulator's later also encourage Libra's development- through a strictly regulated path.

The development of stablecoins is seen as a compromise between these new digital systems of finance and traditional monetary control.

Blockchain brings both transparency and privacy to finance. We say "transparency" because of blockchains simplified concept to implement transactions, where concepts like "settlement", "balance" are of no need and are automatically reconciled via consensus protocols. Blockchain provides a unified and consistent way for transactions that can be viewed on a decentralized and shared ledger. What's more, a blockchain-based transaction is nearly impossible for any one entity to alter, reducing the probability of audit fraud.

Blockchain is known as trustless technology. The network facilitates user privacy because even if we don't know who owns the remitting account (public key) we can view all the account's transactions but never know who actually executed the transactions. As everything is displayed on the blockchain's ledger, we know that the party had the funds and send or received the funds, so we can be confident in transacting with individuals and entities we are unfamiliar with, thus creating a system where trust is not required.

For blockchain-based cryptocurrency, typically bitcoin, the ownership of cryptocurrency is dependent on the private key. If you lose the private key, you lose your money. For traditional financial institutions, money is stored through a credit and trust-based model- the only advantage here is that if we lose our account details we can reset our access through verification with the third party. Bitcoin's primary goal is to remove at its best is to completely remove the "trusted third parties" that we have to rely on like government and banks, and refocus finance through a system that does not require trust.

As stablecoins are issued by private companies, blockchain-based stablecoins should also abide by current data and privacy laws and regulation,

Central banks are currently developing their own stablecoins in order to transact in the digital assets space but not lose control of their monetary issuance exclusivity. These new stablecoins are known as Central Bank Digital Currency (CBDC).

The logic is simple. If the money ownership and money transfer are represented on the blockchain system, we can expect to build financial services like loans and futures on blockchain infrastructure as well. Actually blockchain systems can provide almost all services that traditional financial institutions currently provide, and as detailed above, much more efficiently.

The real roadblock to blockchain systems and Defi is the vested interests of traditional financial institutions and regulators who are unwilling to yield monetary control. How long will it be before Decentralized Finance will usurp the current financial system, which historically has created increased national debt and inflation?

In my view, transacting through regulated Decentralized Finance systems is inevitable, as is humanity's evolution to a blockchain-based society, not just in terms of the financial industry but almost all forms of world industry will be blockchainized.