Since the inception of Bitcoin, the world has felt the influence of digital assets and cryptocurrency on traditional financial systems. No doubt, bitcoin and its underlying technology blockchain will continue to gain momentum with consumers and enterprises with time. With Bitcoin, however, a growing number of people have been choosing to opt-out of the traditional financial system, and others have chosen to use the cryptocurrency to circumvent regulation altogether, leading to its unfortunate connection with illegal activity and shady characters.

Below we discuss some important bad guys that have had a "great influence" on the Bitcoin ecosystem. 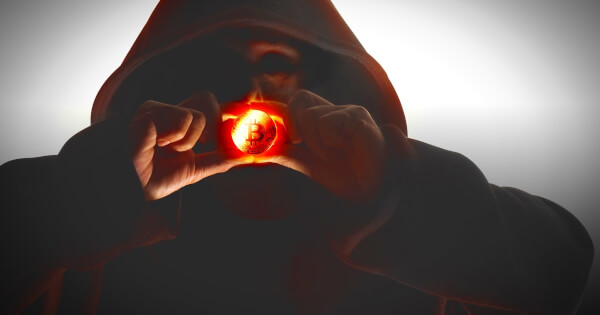 Satoshi Nakamoto is the anonymous author of the Bitcoin whitepaper. To this day, no one knows who Satoshi Nakamoto really is or was, even the most famous intelligence agencies in the world like the CIA, have no real clue.

From what we know, there is no doubt that Satoshi Nakamoto was very knowledgable in both computer science and human nature. Some people were suspected of being Satoshi Nakamoto, like Gavin Andresen, Chief Scientist at the Bitcoin Foundation, as well as  Dan Kaminsky.

A recent revelation has led many to now suspect a man named Yasutaka Nakamoto, the drug runner of the 'King of Cocaine' himself, Pablo Escobar, as possibly being the real Satoshi Nakamoto. Yasutaka Nakamoto was the brother of Dorian Satoshi Nakamoto, who was also previously assumed to be the original creator of Bitcoin, although he has long denied having anything to do with the cryptocurrency’s creation.

Escobar received help from Yasutaka Nakamoto to smuggle drugs as the latter was a high-ranking engineer for the Pacific West Airlines.

Yasutaka vanished from the public view in 1992 and allegedly resurfaced years later to create what is now known as Bitcoin, according to Olof Gustaffson, CEO of Escobar Inc, the Pablo Escobar-associated multinational holding company. If he is the real Satoshi he is no doubt a bad guy.

Roger Ver claimed to be an "early investor of bitcoin" and was the founder and CEO of Bitcoin.com. Although Ver is now mainly involved with Bitcoin Cash (BCH), his influence on Bitcoin's adoption cannot be ignored.

Ver has had his share of run ins with the law. On May 2, 2002, Ver pleaded guilty to selling explosives on eBay and was sentenced to 10 months in prison.

Craig Wright is a computer scientist and businessman. He was the founder of Bitcoin SV and has claimed, over and over again, that he is Satoshi Nakamoto. And repeatedly lies. There is no doubt he is a fan of Bitcoin's properties and well as its ability to generate wealth. He was a catalyst for the Bitcoin SV fork, and believes that BSV (Bitcoin Satoshi Vision) is the original Bitcoin conception that was intended by Nakamoto.

The jury remains out on Craig Wright's ongoing legal battles and claims to hold the private keys to wallets believed to belong to Nakamoto. However, what we really can see in Wright is the greedy and desperate side of human nature, focused on personal fame and fortune - not freeing humanity from an oppressive and centrally controlled financial system as Nakamoto intended. We feel comfortable labelling Wright as a bad guy.

John McAfee is a legend in the software space as the founder of famous antivirus software company McAfee, which he sold to Intel for More Than $7.6 Billion in 2010.

Mcafee is a true believer in Bitcoin and often comments on its Libertarian properties. But what he says must be taken with caution, he recently walked back on his famous Bitcoin Price prediction of $1 million per token.

Mcafee's love of Bitcoin comes from his dislike of government and centralized authority. He has publicly referred to the American tax system as "Tax" and basically as being as illegal as theft. He said in a tweet on Jan 4, 2019 “I have not filed a tax return for 8 years. Why? 1: taxation is illegal. 2: I paid tens of millions already and received Jack Shit in services. 3. I'm done making money. I live off of cash from McAfee Inc. My net income is negative. But I am a prime target for the IRS. Here I am.”

In another tweet on Jan 3, 2019 "I'm done trashing the SEC. Let's move on to the IRS - the agency that takes from you an average of three months of your labor each year. First - taxation is theft. It is unconstitutional. Prior to the civil war, there was no income tax, yet we managed. Stay tuned for the truth." He recently toyed with the idea of running for President in 2020. We are not sure if he is crazier than Donald Trump, but we are quite sure the IRS is gonna make him reveal his tax returns in that event.

Dorsey has revealed himself to be quite the Bitcoin fan and famously unleashed the Bitcoin hashtag and symbol on his own Twitter profile in April 2020. Jack Dorsey’s financial technology venture Square has been rising as a fast challenger to the traditional banks in the US, which is being largely attributed to the firm's integration of Bitcoin in its services.

Well, Jack Dorsey can hardly be described as a "bad guy", he has come under increasing fire for the inconsistent censoring of information on the Twitter platform and has been accused of using Twitter to promote his company's own political bias.

While some of the figures above may seem of unsound character and perhaps a little shady, it's important to remember who the real bad guys are in the world of Bitcoin and why Nakamoto gave us the decentralized system of currency in the first place.

The ones with the absolute power of money issuance, and whose policies continually devalue the currency in a covert way. These are the decision-makers in Federal Reserve and other Central banks, they are the real villians throughout our history. As the saying goes, "Absolute power corrupts absolutely."  While we would like to believe there is an exception to the Federal Reserve and Central banks, it really does not matter, because we have to rely on them anyway.

As Nakamoto once said "The root problem with conventional currency is all the trust that's required to make it work. The central bank must be trusted not to debase the currency, but the history of fiat currencies is full of breaches of that trust. Banks must be trusted to hold our money and transfer it electronically, but they lend it out in waves of credit bubbles with barely a fraction in reserve. We have to trust them with our privacy, trust them not to let identity thieves drain our accounts. Their massive overhead costs make micropayments impossible. In this sense, it’s more typical of a precious metal. Instead of the supply changing to keep the value the same, the supply is predetermined and the value changes. As the number of users grows, the value per coin increases. It has the potential for a positive feedback loop; as users increase, the value goes up, which could attract more users to take advantage of the increasing value."

After the controversial website Wikileak began accepting Bitcoin donations, Nakamoto left this message, he said "It would have been nice to get this attention in any other context.  WikiLeaks has kicked the hornet's nest, and the swarm is headed towards us." From then on, Nakamoto went completely quiet, never saying another word leaving only the mystery behind.

There is no doubt, that Bitcoin's true mission is to remove "trusted third parties", like government and banks, in which we have to trust for transactions and custody of our wealth. As in the first sentence of bitcoin's whitepaper bitcoin is "a purely peer-to-peer version of electronic cash would allow online payments to be sent directly from one party to another without going through a financial institution".

Through Bitcoin, we have the opportunity to go back into a consensus of value like we had with the gold standard. Bitcoin by design is a digital currency that is completely independent of any government and its established financial system. If Bitcoin were to be accepted as a global currency it would strip governments of their power to create more money. It has a maximum supply of 21 million units of BTC and a built-in anti-inflationary mechanism that protects Bitcoin holders from the risky monetary policies currently being implemented by central banks. Bitcoin is better than Gold, it has the true potential to free us from a continuously devaluing currency and could finally offer us independent agency and true "monetary freedom".