Fintech not Big Tech: Square is a Greater Threat to Banks than Google and Amazon


A recent survey of 300 senior executives at US-based mid-sized financial institutions found that more than half of bank and credit union executives view Big Tech companies like Amazon and Google as significant threats to the banking industry.

Meanwhile only a third believe financial technology (fintech) firms will be a threat in the future but are they sleeping on Square?—Jack Dorsey’s financial technology venture whose stock price recently recorded a 20 month high, and the soaring price is being largely attributed to the firm's integration of Bitcoin in its services. 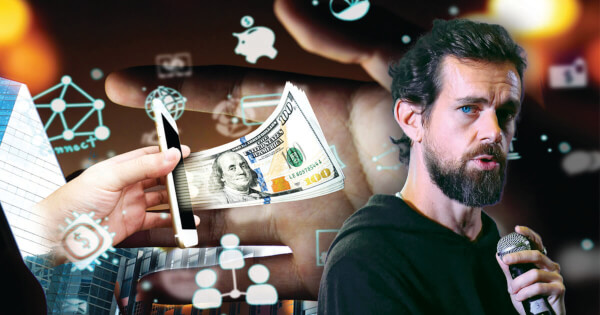 What banks need to recognize is that while Amazon and Google are the perceived threats to the banking sector, they are actually on a path to become vendors or official distribution channels to banks—while Square will be their direct competitors. Unlike the institutions, Square’s acceptance and use of Bitcoin is also making it more marketable than ever to a highly desirable customer base.

Why Banks Should Worry about Square and not Google

As reported by the Wall Street Journal in November 2019, Google will begin offering checking accounts to consumers in 2020 as part of its push into financial services, The product, currently code-named "Cache," will be run by Citigroup and small lender Stanford Federal Credit Union.

However, Google’s announced checking account is not designed to compete with banks’ checking accounts but instead actually enhances the banks’ services. In addition, Google has also launched an AI tool to help banks analyze their PPP loans, and has vastly improved its cloud services for financial institutions.

In contrast, Square Capital’s 75,000 PPP borrowers may give Square Capital new opportunities to rev up lending post-crisis. As Square’s base of large merchant continues to grow dramatically, the fintech is poised to take away a significant chunk of small lending volume for the banks.

Bitcoin Utility and the Cash App

As reported by Forbes on June 9, a recent survey of the banking industry indicates that Square may be a far greater threat to the traditional banking sector than Big Tech giants Amazon and Google.

The article suggests that Square’s surging growth and popularity come down to the number of Cash App services that can drive revenue, and its utility with Bitcoin making it attractive to older millennials and the Gen Xers.

Square has added a number of Cash App services that can drive revenue, and a recent push to highlight those features has helped it capitalize on them. According to Seeking Alpha, “Cash App is now used for tax refunds, stimulus deposit, and work paycheck deposit. Also, as retail investing surged during the stay-home period, Cash App has allowed people to buy equities and bitcoin with widely accessible features such as fractional investing and recurring purchases.”

According to Forbes, Cash App’s revenue for Q1 2020 was $528 million, three times its revenue for Q1 2019. In terms of Square's Bitcoin news, a huge portion of the fintech firm's revenue was in Bitcoin at $306 million, which also marked a $65 million increase year-over-year.

As the fiscal results show, the importance of Bitcoin to Square’s price growth cannot be overstated as the fintech firm is managing to capture a market that other virtual or challenger banks are not yet servicing.