Bitcoin has made headlines in recent days as its price increase almost heading to hit $50,000 and major public companies continue to embrace the cryptocurrency – the latest being Elon Musk’s Tesla electric vehicle manufacturer. However, Nassim Nicholas Taleb, the author of “the Black Swan” sees Bitcoin as a failure because of what he says that the cryptocurrency does not store value. The former risk analyst and options trader has therefore said that he is in the process of getting rid of his Bitcoin. 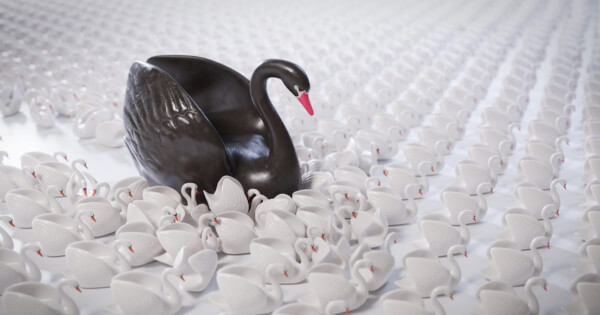 “A currency is never supposed to be more volatile than what you buy and sell with it. You can’t price goods in BTC. In that respect, it’s a failure (at least for now)."

He had been a crypto advocate in the past. Last year, Taleb tweeted: “use cryptocurrencies!” – said that in response to an article about restrictions on foreign currencies in Lebanon, his native country. In 2018, Taleb wrote an article in which he described Bitcoin as “an excellent idea”.

What Crypto Critics Say About Bitcoin

Taleb has joined several critics who draw public criticisms against Bitcoin. Last year, Anatoly Aksakov, a major representative of Russia’s crypto-related legislation efforts and a member of the Russian State, denounced cryptocurrencies, stating that they are difficult and impossible to regulate. Aksakov also said that Bitcoin has no future, arguing that CBDCs or central bank digital currencies are the future of the financial system.

Peter Schiff, a millionaire broker and the chief executive officer at Euro Pacific Capital, is another famous Bitcoin critic. November Last year, Schiff said that Bitcoin is the “the biggest bubble I’ve seen,” predicting that the cryptocurrency will crash in the near future while gold will moon.

Mark Cuban, a billionaire investor and owner of the NBA's Dallas Mavericks, is another major cryptocurrency skeptic. April last year, Cuban admitted that Bitcoin is too complicated to use, saying that “I can trade bananas easier as a commodity than I can trade Bitcoin.” Despite his criticism, he still owns some a tiny of Bitcoin.

However, Michela Saylor, MicroStrategy CEO, is one of Bitcoin’s biggest advocates, who views the cryptocurrency as a method of preserving value while other currencies and assets become worthless.

Bitcoin Soars To New ATH, With the News That Morgan Stanley Set to Bet Big on BTC