Peter Schiff Mocks BTC Reliance on Platforms like PayPal, Says "Gold is Money, Bitcoin is not"


Renowned Bitcoin critic Peter Schiff is at it again, this time expressing his views on why Gold is more efficient as a means of payment than BTC, particularly when third parties like PayPal have to be involved. 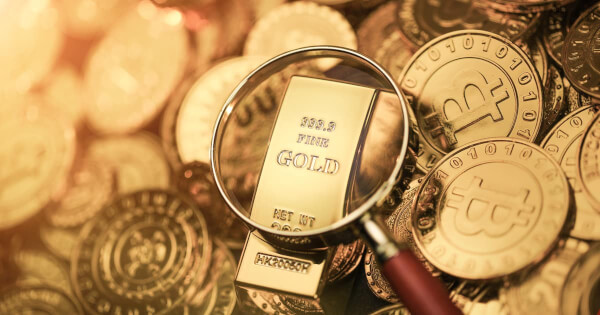 Peter Schiff took to his Twitter handle and posted:

“Once a third party is introduced to store Bitcoin, it loses any perceived advantage it has over gold as a medium of exchange. With third-party storage it's far easier and more efficient to use gold as a payment method than it is to use Bitcoin. Gold is money. Bitcoin is not.”

Peter Schiff’s end game with the tweet appears obvious, and that is to appeal to the biggest third-party cryptocurrency custody provider that just entered the space PayPal to look into the potentials of Gold. PayPal’s debut into the crypto ecosystem is significant to Bitcoin as the online payment giant can potentially encourage the platform’s over 300 million users to also leverage Bitcoin and digital currencies and should drive adoption.

The support for Bitcoin has stirred a bullish rally in the price of Bitcoin and enabling capabilities for purchasing and custody of Gold may also have a positive influence on the price of the age-long store of value.

The Unending Comparison Between Bitcoin and Gold

Bitcoin is a relatively younger asset that made its debut back in 2009 and the coming of the coronavirus pandemic brought in inflation that made many people turn to Bitcoin as a hedge against inflation, a function Gold has served for centuries.

The point of criticism for Bitcoin by Peter Schiff who is a prominent gold holder may come owing to his belief that Bitcoin’s price is artificially inflated through market manipulations.

While Peter Schiff ranks as one of the major critics of Bitcoin who believes Gold is a better-held asset, Bitcoin has seen more influx of investors who are unrelenting in stocking up their Bitcoin portfolio. Some of these veterans include Paul Tudor Jones, Mike Novogratz, and Jack Dorsey amongst others