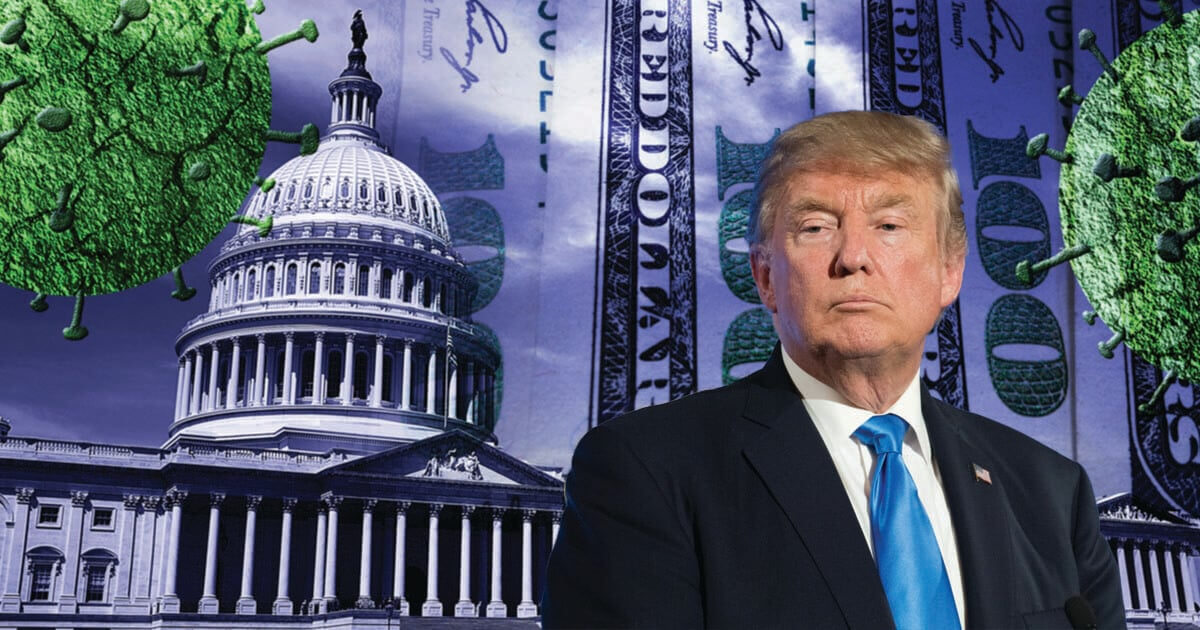 As long as other countries are receiving the benefits of Negative Rates, the USA should also accept the “GIFT”. Big numbers!

Trump tweeted out his support of negative interest rates as European Central Banks and the Bank of Japan take their interest below zero.

Bitcoin basher and gold advocate, Peter Schiff was quick to respond to the President with a tweet of his own, explaining what a bad idea negative rates would be as they trigger mass lending from banks who could be penalized for hoarding cash.

Negative rates are not a gift. They are a transfer of wealth from savers to debtors. But the inflation created to make negative rates possible will hurt wage earners too, plus the overall economy will be less productive and living standards will be lower as a result.

The billionaire bond king Jeff Gundlach also responded with the tweet below, stating that negative interest rates would be fatal for the US economy.

These Trillions Treasury is borrowing is heavily in T-Bills. Chair Powell has stated in plain English he is opposed to negative interest rates. Yet the pressure to go negative on Fed Funds will build as short term borrowing explodes and dominates. Please, no. Rates < 0 = Fatal.

Bitcoin was Made to Curb Central Bank Inflation

While some have suggested the dive below zero may be necessary to kickstart the economy, the potential for negative interest rates on the US dollar highlights the strength of cryptocurrencies like Bitcoin which has an anti-inflationary mechanism built-in to its code.

Bitcoin experienced its Third Halving this week, which effectively reduced the block rewards for miners from 12.5 BTC to 6.25 BTC.

The rationale of the Bitcoin halving stems from the currency design of Bitcoin. In the email thread between the mysterious Satoshi Nakomoto and Mike Hearn, Nakamoto stated that the total supply of Bitcoin is capped at 21 million. This is opposite to the inflationary nature of fiat currencies in which their supply is controlled by central banks.

Guy Hirsch, the US Manager for the eToro exchange told Forbes, "The bitcoin protocol has a monetary policy built into the code and it is therefore not bound by political or other external manipulation." He continued, "Every 210,000 blocks bitcoin will hold a stronger stock-to-flow ratio, which makes bitcoin a real source of value. Central banks have now made printing trillions of dollars a normal occurrence, which is not sustainable."

Many bitcoin and cryptocurrency exchanges have seen users and trading volumes soar since the coronavirus crisis began—Brian Armstrong, CEO of Coinbase even revealed an interesting data set which looked like Americans were investing their stimulus checks.

As the US counts the cost of the coronavirus pandemic, alternative assets like bitcoin could begin to look more attractive and the stimulus and creative monetary theory even seems to be accelerating the asset into a type of Digital Gold.