Chief Technology Officer of CEX.IO crypto exchange has reported that Ethereum (ETH) on its platform has spiked up in the past week, as opposed to Bitcoin. 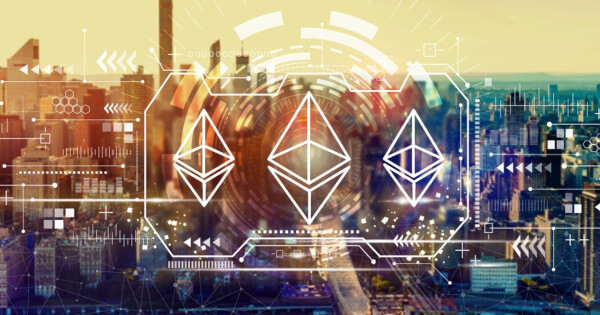 Ethereum Aims For the Skies

Trading of Ethereum has shot up on more than one occasion on the crypto exchange. it has been observed that crypto investors have been depositing Bitcoin (BTC) into the exchanges and then withdrawing ETH, which indicates that there is an increased demand for owning ETH.

Founder and CEO of CEX.IO Olekandr Lutskevych is a huge Bitcoin advocate. In a previous interview with Blockchain.news, the CEO has said:

“People in the US look at Bitcoin as a store of value more so than in other parts of the world. We see that at every level of sophistication, from retail consumers to institutions.”

He further explained that Bitcoin is seen by retail consumers as a hedge to diversify their assets, a sentiment shared by the Gemini coin exchange founders Cameron and Tyler Winklevoss.  However, with the rise of the decentralized finance (DeFi) industry, Bitcoin seems to no longer be comfortably sitting atop the crypto empire, as competition is fierce with the rise of new innovative projects in the crypto industry. In fact, on CEX.IO, Bitcoin’s value on the platform dropped by 50%, translating to only 20% of digital transactions performed on the crypto exchange.

“It is safe to say that ETH is now the driver of the cryptocurrency market growth.”

Lately, Ethereum has been doing quite well and gained a lot of attention in the crypto industry, with the announcement of their validator launchpad for ETH 2.0 testnet. The testnet, dubbed “Medalla,” is set to be launched for August 4, and is to be the last testnet produced by Ethereum before the official release of their ETH 2.0 mainnet.

Ethereum has come a long way since its establishment in 2015, and they are not only dominating among European enterprises but have been equally popular among North American blockchain startup projects as well.

As their technology continues to evolve, Ethereum founder Vitalik Buterin has spoken up about the success of his implemented blockchain network and affirmed that its “layer 2 strategy has basically succeeded.”