Ethereum software developers finally released the validator launchpad for ETH 2.0, which enabled users to participate in the testnet’s Proof-of-Stake. 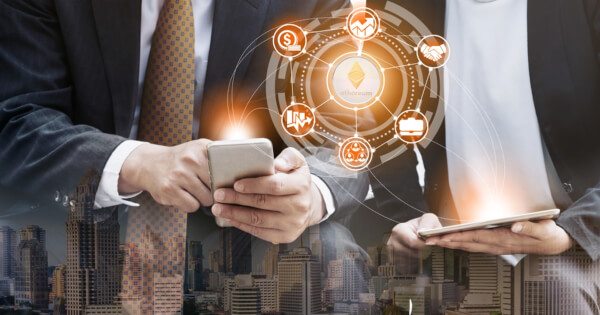 Leveling up And Unlocking “Medalla”

The testnet, dubbed “Medalla,” is said to be released on August 4, if all goes well. Ethereum developers behind Medalla have also set up certain criteria that need to be fulfilled for the alternative blockchain to be unlocked.

The test run of the network will be in the hands of the community, and a minimum of 16,385 validators are required for the launch. Each of these users is required to deposit 32 Ether (ETH) coins to access the multi-client testnet. Also, “minimum genesis time” needs to be accomplished, which basically outlines when the earliest launch of ETH 2.0 testnet can be held.

If requirements are not fulfilled, Medalla’s launch will be delayed for 48 hours. The multi-client testnet will only launch if the two criteria are met.

So far, it was reported that roughly more than 150,000 ETH tokens have been deposited, meaning that Medalla testnet has achieved 30.5% of the total number of validators it needs for a successful launch next week. Ethereum collaborated with blockchain tech company Consensys and DeepWork Studio to release the ETH 2.0 validator launchpad.

The blockchain network told its Ethereum crypto community that the multi-client testnet Medalla, they will continue “fine-tuning the interface” in anticipation of the release of the mainnet. In addition to this, Ethereum also explained that as it was transitioning from Proof-of-Work to Proof-of-Stake, Ethereum 2.0 will be launched in at least 3 phases to make sure that all aspects are covered methodically before release.

By breaking up the phases, a different aspect of Ethereum 2.0 can be focused on at each phase and the mainnet can consequently be perfected.

Phases 0, 1, and 2 each outlines a different concept. Phases 0 focuses on all the machinery behind ETH 2.0’s consensus, and it tracks the validators and their transaction balances.

Phase 1’s main objective is to handle the addition and storage of new and old data associated with ETH 2.0.

Finally, Phase 2 adds execution to ETH 2.0, and this simply allows programs to be run on top of it.

Co-founder of Ethereum Vitalik Buterin has been actively pushing for phase 1 to begin. The Ethereum mastermind wants to get a better grasp of how phase 1 will work in practice. On Reddit, he said that the "clients team" working on Medalla was behind on phase 0, and though that may be the case, they should still start working on phase 1. Buterin justified his strategy, saying:

“There’s no unfinished research required for phase 1; it’s all spec optimization and development.”

This year has been a really good year for Ethereum. With their plans of launching ETH 2.0 mainnet, the blockchain platform has also managed to outrank Bitcoin earlier this month, sitting at approximately $2.5 billion and making it the first time since early 2019 that it has outdone its rival BTC.

The latter has however been picking up its pace on the crypto market after months of staying stagnant. Yesterday, it was reported that BTC surged past the $10, 000 mark. BTC as a hedge has also recently been even more of a hot topic, with the depreciation of USD due to economic stimulus packages released by the US government.

With Medalla testnet set to launch on August 4, the year 2020 has been good for Ethereum. Medalla is to be the last testnet produced by the dominant cryptocurrency platform before ETH 2.0 mainnet is officially in service and open for public use.