The software developing team for Ethereum 2.0 has finally announced that they will be launching ETH 2.0’s testnet on August 4. 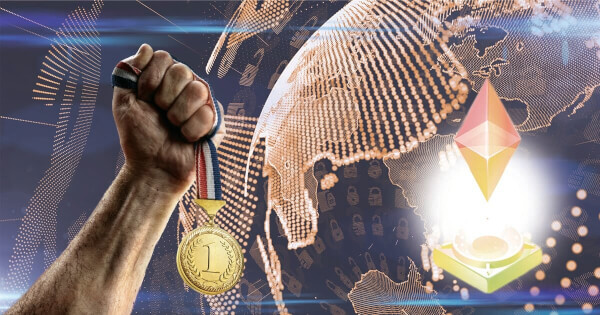 The multi-client testnet is an alternative blockchain designated for the purposes of testing out the validity of the network. Ethereum (ETH) has dubbed it “Medalla,” which is Spanish for “medal.” This is named in honor and reverence to Ethereum 1.0 testnet, which was considered an “Olympic gold medal” for its success in the ETH community. The Ethereum 2.0 testnet is reported to be the final one of its kind that will launch before mainnet officially comes into play.

The launch of the Ethereum testnet date, though confirmed to be August 4 at 1 pm UTC by Ethereum Foundation’s ETH 2.0 coordinator – Danny Ryan, is nevertheless not set in stone. In fact, there are two necessary criteria that need to be fulfilled in order for the new testnet to launch.

Criteria to “Unlock” the Medalla

The first one is “minimum genesis time.” This is a manually imposed parameter that details when the earliest launch of ETH 2.0 testnet can be held. On Ethereum’s official blog, the foundation writes:

“MIN_GENESIS_TIME is the earliest the chain can start, but the chain won’t start until the minimum validator count has also been reached.”

That brings us to the second criterion. which postulates that for the testnet to be activated, there needs to be a minimum number of validators that are signed up for Medalla testnet. The number of validators required is set at 16, 385 blockchain users, which should translate to 524, 288 ETH in total. This means that each of the validators would have to make a deposit of 32 ETH coins each for the testnet to be unlocked. EF coordinator Danny Ryan states:

“In the event that minimum deposits are not met by 1pm UTC on August 2nd, the chain will start later than MIN_GENESIS_TIME. This is okay.”

In other words, if the minimum coin deposits – 16, 384 crypto transactions – are not fulfilled, the ETH 2.0 testnet will be delayed for 48 hours. In sum, “genesis” will start 48 hours after both conditions are met.

Is Medalla An Upgrade From Altona?

ETH 2.0 coordinator says that ETH 2.0 testnet is “a major step up from Altona in the sense that Medalla is a testnet built for and maintained by the community.” Altona, Medalla’s precedent, is actually a “devnet,” entailing that it was mainly run by client teams and members of the Ethereum Foundation (EF). The software developing team for Ethereum 2.0 hopes that with Medalla, the fact that blockchain maintenance is entirely in the hands of the community will translate to more stability and health for the digital network.

The ongoing pandemic has caused much distress worldwide, affecting global economies and setting the fintech industry in a frenzy. However, regardless of the worldwide shift, Ethereum seems to be having quite a bull run. Data from digital-asset data firm Messari showed that Ethereum has now surpassed Bitcoin as the network that settles the most value per day. This is a huge win for the crypto platform, as it has always been competing and trailing behind its counterpart, Bitcoin.

Currently, the Ethereum blockchain daily settlement value is estimated to sit at approximately $2.5 billion, which makes it the first time since early 2019 that the blockchain has outranked its rival, Bitcoin.