The much-awaited Phase 0 of Ethereum 2.0, also known as Serenity, may not be launched until the beginning of 2021. This was announced by one of the project’s researchers, Justin Drake on Reddit—much to the confusion of Ethereum creator Vitalik Buterin. 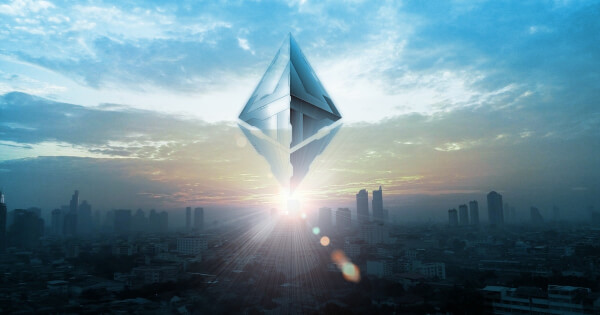 Ethereum developer, Justin Drake announced the delay to Serenity's Phase O in a Reddit 'Ask me Anything Session'—where he was quizzed on the potential date for the network upgrade. Since Vitalik Buterin announced Ethereum 2.0, its features and development process back in October 2019, the Ethereum community has enthusiastically anticipated the project’s launch date.

While the Reddit session showed that the members of the community are not pleased with the delayed launch, Drake stated that the upcoming holidays will interfere with other programs required to perfect before the project goes live.

As outlined by Justin Drake, the project has a bit more ground to cover before it can go live. The Ethereum Foundation’s strive to implement a public testnet with 3+ clients is one of the primary causes of the delay. This multi-client testnet will have to run smoothly for about 2-3 months according to the developer. An incentivized “attack net” must also run for 2-3 months as well as a bounty program and a serious differential fuzzing across clients. Justin argued that all these are not feasible in the third quarter of 2020 and that the launch will most likely coincide with Bitcoin’s 12th anniversary, January 3, 2021.

Vitalik Buterin, one of the Ethereum Network's creators, outright disagreed on the proposed delay to launching in 2020. He argued:

“Eth1 took 4 months from the first multi-client testnet to launch (~end of March 2015 Olympic to end of May 2015 for eth1 launch), and I'd argue the four-month clock started ticking for us at the beginning of July when Altona launched. Eth2 phase 0 is in some ways simpler than eth1 and in some ways more complex: more complex PoS, but no complicated GPU-oriented PoW; more optimization required, but no complicated VM, etc etc. I'm inclined to say eth2 phase 0 is a little simpler on-net. Also, eth2 is not going to have any critical applications depending on it until phase 1, so the practical risks of breakage are lower (though you could argue the ecosystem as a whole is bigger). So, on the whole, I see no reason to take more time for the eth2 phase 0 launch cycle than we did for the eth1 launch”

The anticipation of Ethereum 2.0 has sparked some bullish runs in Ethereum's price in the past weeks. Currently, Ethereum’s price is $240.28 having lost 0.36% to the dollar in the past 24 hours.