By now, it is no secret that Ethereum co-founder Vitalik Buterin and his team are busy perfecting Ethereum 2.0 and preparing it for its official launch. 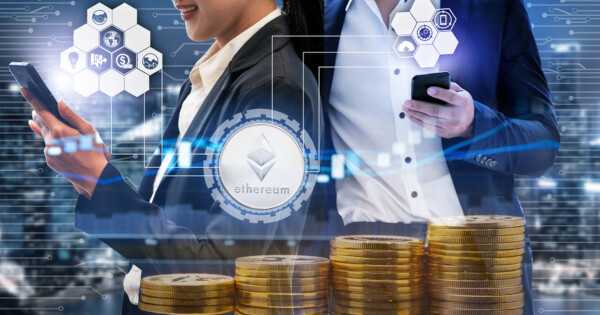 One of the key elements of the blockchain ecosystem is that it runs on a Proof-of-Stake (PoS) consensus algorithm, as opposed to the conventional Proof-of-Work (PoW). This enables Ethereum blockchain users  to reach distributed consensus when mining a block, and for bullish crypto investors to determine the next block.

Digital asset owners can also lock up their accumulated digital coins and get paid for helping the blockchain.

However, Buterin came forward and while he proudly announced that the data capacity of the developing blockchain will be huge, the Ethereum creator admitted that the higher transaction fee on the blockchain-network may cause unintentionally trigger security risks. Buterin, who can boast that he has co-founded the second largest blockchain network in the world, behind Bitcoin, came forward in a tweet and mentioned a research paper provided by highly reputed Ivy League university, Princeton U. Buterin wrote:

“Transaction fee revenue is now nearing half as high as block reward revenue. This actually risks making Ethereum *less* secure because of https://cs.princeton.edu/~arvindn/publications/mining_CCS.pdf. Fee market reform (ie. EIP 1559) fixes this; another reason why that EIP is important.”

In other words, though it may not be a security issue at this point in time, the higher fees that Ethereum 2.0 will run may potentially cause a security problem long term and be threatening for the blockchain network. The analysis conducted by Princeton university addressed this issue and voiced that selfish mining may pose a real threat, especially in cases where transaction fees surpass the block rewards.

The research paper goes on to name several malicious mining behaviors, that are deviant and may negatively impact Ethereum blockchain.

The fee market reform that Buterin referred to in his tweet is none other than the “Ethereum Improvement Proposal (EIP) 1559”, which was first introduced in April 2019. The whitepaper proposes upgrades that would make transaction fees on Ethereum more predictable. This would enable the blockchain network to be more flexible, by dynamically alternating the block size based on the number of transactions that are queued and waiting for validation.

Furthermore, to prevent congestion from happening in the ecosystem, the whitepaper proposed charging users during times of high demand. Buterin publicly voiced his approval and support of EIP 1559 fee market reform.

The market capitalization of Ethereum currently stands at approximately $26 billion dollars. The astonishing thing about this is that the given value does not even include all of the crypto assets founded atop the Ethereum blockchain ecosystems, such as the stablecoins – Tether and USDC –  and altcoins.

Also, data from digital-asset data firm Messari showed that Ethereum had now surpassed Bitcoin as the network that settles the most value per day. Ethereum blockchain daily settlement value is estimated to be about $2.5 billion, which makes it the first time since early 2019 that the blockchain has outranked its rival Bitcoin.