Ether Surges Ahead of Bitcoin and Sets the Record for 2020

Ether has been having a solid run this year. Once again, it has managed to steal the headlines this week, and is ahead of its rival, Bitcoin. 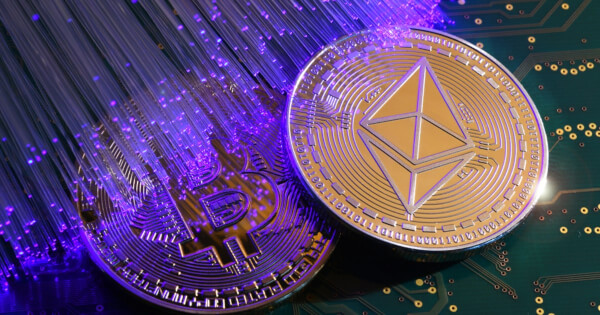 Ether (ETH) underwent a 20% surge, and the increase in pricing can be attributed to the rising popularity of DeFi applications and the resulting number of dividends pay-outs. This is exciting for the crypto community, as Ethereum has not seen the time of the day since its early 2018 crash.

Also, until recently, it has been seen to be trailing behind its counter rival Bitcoin on the crypto markets. But 2020 appears to be the year that revolutionizes it all for Ethereum.

Bitcoin (BTC) has been having a hard time and has up to now been bearish on the market. However, it was reported this week that Bitcoin rose to its highest price in a month. Before that, BTC’s trading value was stagnant, partly due to the European Union’s agreement of delivering a coronavirus stimulus package earlier in the week. Despite BTC doing a bit better, its price is still plateauing below $10, 000, which is a disappointment for a lot of crypto enthusiasts.

Crypto traders are also worried about BTC, as expectations were set higher for the cryptocurrency. In a report earlier last week, Binance CEO Changpeng Zhao (CZ) confided in Bloomberg and told them that he was worried about Bitcoin potentially experiencing another crash. He is also uncomfortable with the idea that BTC is still tied to the stock market.

Catch Me If You Can: ETH and DeFi Platforms

As for Ethereum, it has been having the best bull run this year. ETH reportedly surged to $309 this Saturday, setting a 2020 high record on the crypto market. This may be attributed to the recent surge of decentralized finance (DeFi) applications.

Furthermore, as of yesterday, the total value of funds locked into DeFi platforms has reached an impressive $4 billion. With all this exciting news happening in the crypto community, it is evident that there is great potential that lies with decentralized computing that relies on blockchain and cryptographic mechanisms to function. In fact, it appears as though the future is paved for the creation of a whole new realm of decentralized applications, that will integrate cryptocurrencies on its digital platforms.

On top of their new all-time record on the crypto market, Ethereum has also announced its strategies behind the launch of its mainnet Ethereum 2.0.

Ethereum 2.0 testnet, "Medalla," is set to be released on August 4, and it will be the final one before mainnet Ethereum 2.0 is made available to the public.