The Bitcoin price went on a wild ride over the weekend, with the bulls pushing the Bitcoin price up to $12,100 before the world’s biggest cryptocurrency plunged back to $10,640 within a matter of minutes. 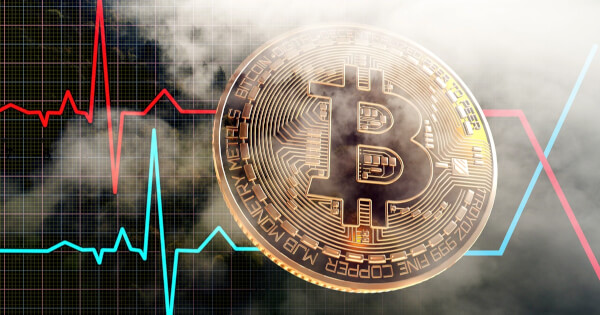 The cryptocurrency world was at attention last week as the Bitcoin price surged past $11,300 on Monday July 27 after months of little price action. Over the weekend, things got more interesting as the Bitcoin bulls pushed the Bitcoin price past $12,100 on Sunday, only to see it lose 13 percent half an hour later and fall to $10,640.

In an article by Bloomberg on August 2, Rob Sluymer, Technical Strategist, Fundstrat Global Advisors LLC suggested that despite dropping $1700 in a few minutes, the Bitcoin market will continue on its bull run after needing a correction from being overbought. He added that the Bitcoin price is in for some interesting movements in the short term.

Sluymer said, “Clearing resistance at $10,000-$10,500, which coincided with the downtrend line from the late 2017 highs and first-quarter 2020 highs, established a higher high for Bitcoin confirming a new tactical uptrend.” He added, “In the short-term Bitcoin’s daily momentum indicators are overbought (as they are for gold), but beyond some very near-term choppy trading, Bitcoin is likely to continue to trend to its next resistance level at $13,800.”

A popular cryptocurrency trader Scott Melker appeared to agree with the overbought assessment and highlighted that there were many indicators prior to the drop. Melker said that after such a strong Bitcoin price rally in a short period, the market was bound to stabilize from being overbought.

Melker said in a tweet: "A $1700 BTC hourly candle (mostly in a few minutes) on extremely high volume, including a similar sell-off on ETH in the middle of the night? Cool. There were bear divs everywhere as I mentioned.”

Since Bitcoin plunged to almost as low as $4000 in the March Black Thursday crash, the Bitcoin price quickly recovered to around $9000 in May—where the price would slowly rise for the following months often stagnating.

While the Bitcoin price action has been less than interesting until last Monday, the drop in volatility, as well as the Bitcoin price recovery since the crash, has added to institutional investment interest and maturity toward Bitcoin. In a recent tweet, Cameron Winklevoss stated that it was for reasons like the influx of capital from mainstream investors and institutions that this coming Bitcoin bull run will be dramatically different to any seen before.

Compared to previous bull markets, the billionaire crypto philanthropist Winklevoss said that with the rise of infrastructure, the influx of capital, and better projects at hand, Bitcoin price is set for its next bull run:

Winklevos tweeted, “The next Bitcoin bull run will be dramatically different. Today, there’s exponentially more capital, human capital, infrastructure, and high-quality projects than in 2017. Not to mention the very real specter of inflation that all fiat regimes face going forward. Buckle up!”