Cause for Concern? Ethereum's 15 Minutes of Extreme Volatility Explained


Ethereum’s price on the crypto market underwent a lot of fluctuations in the span of 15 minutes yesterday, causing quite a stir in the crypto community. 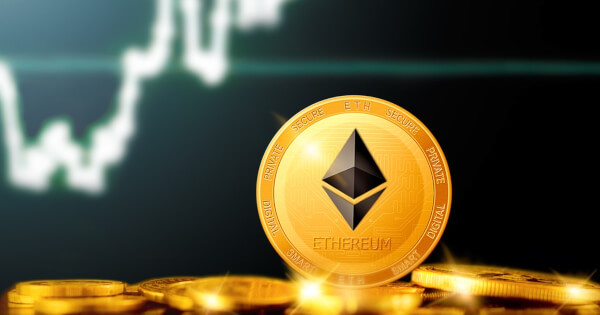 Across major coin exchanges, such as Binance Futures, Ethereum (ETH) peaked at $418, but within 5 minutes, it dropped by 25%. Eventually, it climbed back to $385 within a 10-minute span.

The reason behind ETH’s price fluctuations has been speculated upon by market experts, who are saying that the $410 to $420 range has always been a historical resistance area since 2017. Also, the sudden 25% drop of ETH led to a cascade of futures liquidations across major crypto exchanges and extreme movement for Ethereum.

Ethereum Has Big Plans for The Future

Global markets analyst Alex Krüger commented on Ethereum’s price fluctuation and said that though ETH underwent a “blowoff top” of 25%, a blowoff doesn’t have to be “the top”, meaning that Ethereum's market value may still escalate further.  Despite the digital asset’s sudden market correction, a lot of crypto investors still remain positive about the blockchain ecosystem’s outlook.

“Depending on how hard ETH runs, the successful launch of phase 0 may culminate in a near term peak for ETH and other large caps.”

As Ethereum is transitioning from a Proof-of-Work format to a Proof-of-Stake, Ethereum 2.0, dubbed “Medalla” will be launched in at least 3 phases, the first being phase 0. Ethereum hopes that by separating the testing in phases, aspects of the new blockchain can be covered methodically and perfected before release.

Phases 0, 1, and 2 each outlines a different concept. Phases 0 focuses on all the machinery behind ETH 2.0’s consensus, and it tracks the validators and their transaction balances.  Phase 1’s main objective is to handle the addition and storage of new and old data associated with ETH 2.0.  Finally, Phase 2 adds execution to ETH 2.0, and it enables programs to be run on top of it.

Ethereum Foundation has come a long way since its beginning, with new projects such as ETH 2.0 in the horizon. Last Thursday marked the anniversary of Ethereum’s official network launch. The blockchain ecosystem has since expanded its growth, with it currently holding the majority of DeFi applications run on a blockchain. As the pioneer of DeFI applications and with their rising popularity, Ethereum seems to be having a pretty good bull run this year, despite its setback on the crypto market on August 2.

The new multi-client testnet that Ethereum has been planning for quite some time is set to launch on August 4, at 1 pm UTC. However, all pre-launch criteria must be met beforehand.