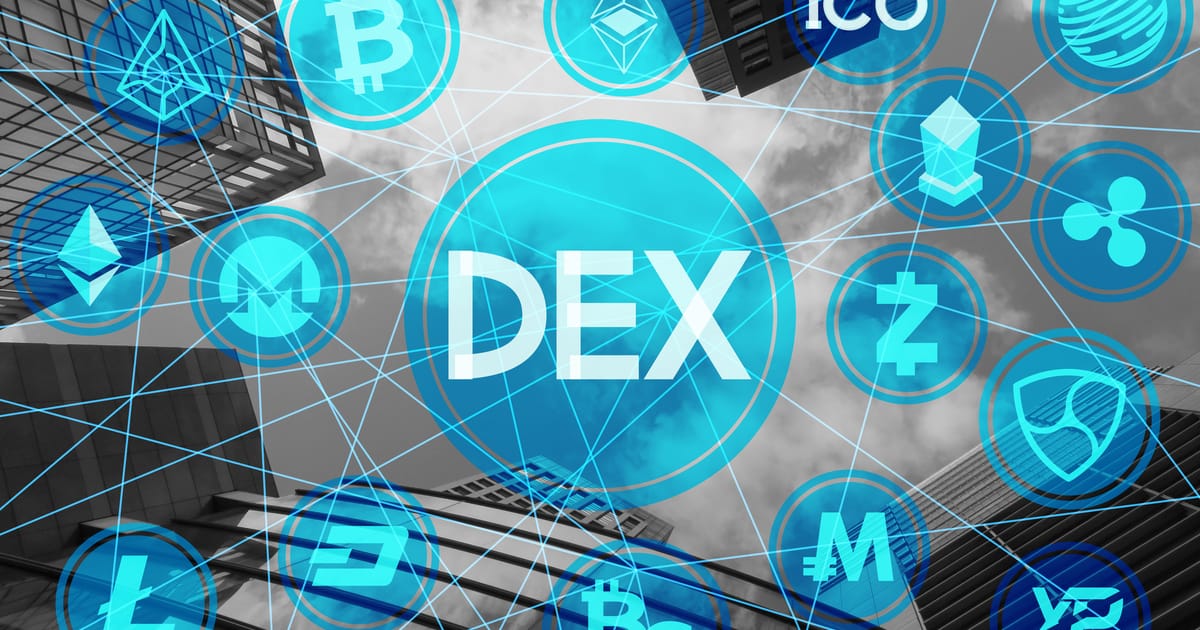 Decentralized Exchanges in a nutshell

A decentralized exchange (DEX) is a way of exchanging cryptocurrencies or other blockchain-based assets without a centralized agency or intermediary. These new exchanges for decentralized finance (DeFi) have inherited the advantages of blockchain: decentralization, censorship resistance (such as no KYC), extremely high security, and untamperable data.

Anybody who has an Ethereum address can join the DeFi ecosystem where you can enjoy almost all of the financial services of traditional financial institutions. This means that DeFI can facilitate access to banking and financial services for anyone with an internet connection and could increase financial inclusion for billions of unbanked people and remote communities.

The most popular decentralized exchanges or protocols are UniSwap, Aave, SushiSwap, Compound.Finance, Balancer, 0x, Bancor, DDEX, Curve, IDEX, JustSwap, etc. They primarily are based on the Ethereum blockchain. Some are based on other public blockchains like EOS and Tron.

Many decentralized exchanges use the traditional order book model while others have adopted a more popular automated market maker model (AMM) that provides automated liquidity. A DEX that provides liquidity is called 'liquidity provider' or 'yield farmer' (the process of providing crypto liquidity and earn crypto is called yield farming).

Bitcoin and its underlying technology blockchain hold the promise of removing "trusted third parties" as much as possible. Ethereum introduced smart contracts while adopting the technologies behind Bitcoin, which made decentralized application (Dapps) a reality.

Now UniSwap and SushiSwap have further expanded decentralization into exchange and trade, removing trusted intermediaries, and having the potential to replace traditional trade and exchange concepts and utilities. It is unfortunately no surprise that there has been a lot of news about manipulation in centralized crypto exchanges. Earlier in September, Korean’s largest and third-largest crypto exchanges were raided by police for in a fraud investigation. This is why in the traditional financial industry regulatory bodies like the United States Securities and Exchange Commission (SEC)  and UK's Financial Conduct Authority (FCA) are very important for normal financial activities. But even under such regulations, we are still suffering scams and a high threshold of entrances.

After Bitcoin and Ethereum, UniSwap is the third-generation movement of decentralization. It is expected that decentralized exchanges will eventually completely remove centralized exchanges and their Apps,as it expands to the traditional financial industry—ecosystems around trade, payment and settlement systems would be reshaped.

While decentralized exchanges hold much promise for the future, their evolution so far has been interesting to observe. An important event is the war between UniSwap and SushiSwap, which has had a profound impact on the development of DEXs.

UniSwap is a leading decentralized exchange—a set of smart contracts on the Ethereum network that implements a protocol of automated liquidity provision. SushiSwap is a fork of UniSwap which added its own native token as an incentive, especially for liquidity provider (LP) and became an overnight success.

"Sushi is one day's effort by any competent dev at most […] It's just whales playing whale games trying to cash in on a hype cycle and the value created by Uniswap."

Recently regulated exchange Coinbase listed Uniswap Token UNI Instead of Sushi Token. SushiSwap's migration drained many funds from UniSwap to SushiSwap. Facing pressures of SushiSwap and many other forks, UniSwap introduced its own token UNI urgently.

The governance token as an incentive to liquidity providers or even lenders is not novel at all. Actually most decentralized exchanges have native tokens. The founders and liquidity providers can all benefit from the rise of the token. This token can be monetized and this wealth is created through buyers’ trust in the project's future or simply the token would rise.

Behind SushiSwap hype are the design deficits in UniSwap. After all, we can not rely on morals exclusively and trust that all people will do the right thing. SushiSwap is a hard lesson learned for UniSwap's Hayden Adams who watched as SushiSwap forked off his own DEX and attracted over $1.3 billion in total value locked its first week.

"Can't tell who is pretending and who legitimately doesn't understand that the $1B TVL deposited in an incredibly high risk investment on a single days notice is mostly massive whales. Anyone talking about community vs VC here is either delusional or intentionally misleading."

In SushiSwap participants can stake their assets to earn SUSHI tokens, which is nothing new for a liquidity mine, in this case however the assets are actually Uniswaps tokens, which allows yield famers to obtain SUSHI tokens without having to forgo their liquidity provider rewards.

This is much like ICO projects of 2017 that most major countries have now banned or made illegal like America and China.

The fork problem has already existed in Bitcoin. Some popular projects like Litecoin, Bitcoin Cash (BCH), Bitcoin Version (BSV) are Bitcoin hard forks or codebase reuse. But there are no real substantial innovations in some wildly recognized Bitcoin forks like Litecoin. Unlike decentralized exchange forks, bitcoin forks at least need to maintain the network by computing power.

The DEX ecosystem is very young and it will be very important in these early stages to weed out design flaws and beware of inevitable scam projects that will try to take advantage of the emerging world of decentralized finance.