With Bitcoin (BTC) regaining its place on the $60K mark, the current battle between bulls and bears is on par and the bulls are actively taking the defense of the important support level of $60K. 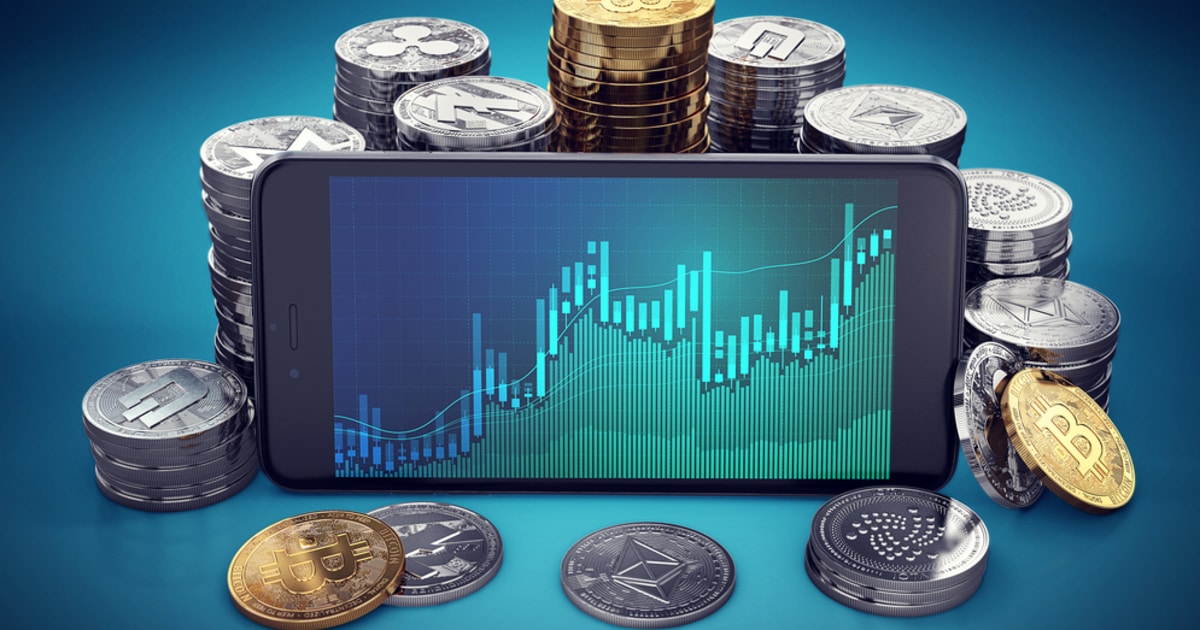 Traders seem to be waiting for BTC to trigger its all-time high (ATH) of $61,781. If the bulls manage Bitcoin above its previous all-time high of $61,781, it will trigger upward momentum for the cryptocurrency. It may also serve to push DODO and Zcash (ZEC) higher, as altcoins have traditionally soared in tandem with Bitcoin's surges.

At the same time, Coinbase will be listed directly on Nasdaq on April 14. A successful listing will stimulate bullish momentum in the entire cryptocurrency market, attracting more traditional investors to enter.

If Coinbase's $COIN stocks fall on debut on April 14, then BTC, DODO, and ZEC may face a potential headwind. The indifference of investors to Coinbase's listing can even cause the bears to gain an upper hand on the entire crypto market. But at present, the occurrence of this situation seems unlikely. 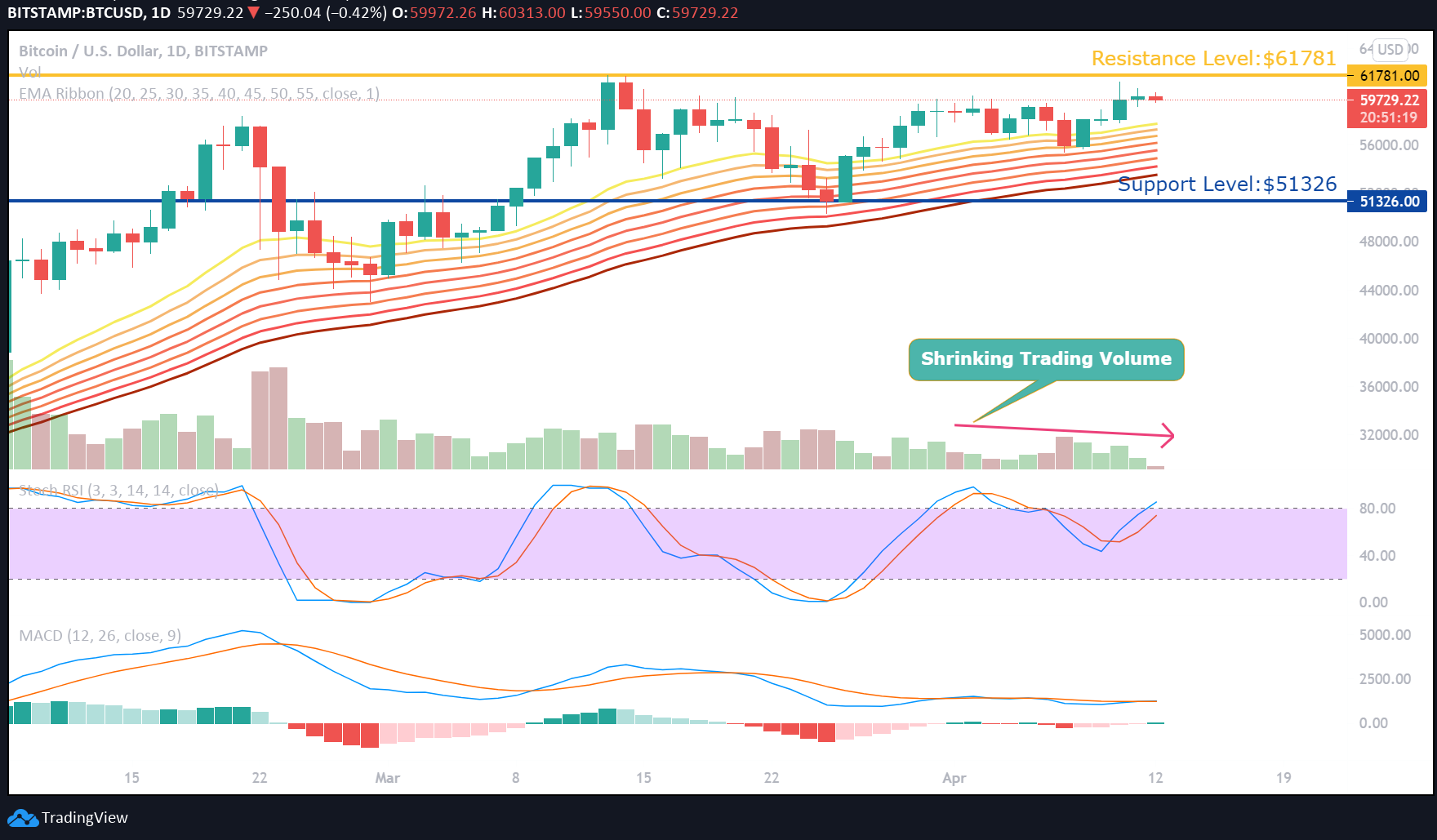 However, it seems that the bulls are still not active enough. They tried to retest the psychological barrier of $61K again over the weekend, to no avail. This shows that investors are still very hesitant at a price level. High prices and uncertainty about future trends may make investors reluctant to buy actively.

At the time of writing, the price of Bitcoin has not yet closed above $60K and is trading at $59,785. This shows strong resistance for the bears.

The MACD index has been stagnant for a short period of time while the trading volume has shrunk, which shows the hesitation of both bulls and bears. This indicates that Bitcoin's price may continue trading sideways at around $60K for a while.

The Stochastic RSI indicator has entered the overbought zone, indicating that a bearish crossover may be formed at a high level in the future. The bears are currently trying to drive the price down to a 20-Exponential Moving Average of around $57,780. A strong rebound from the support level will increase the possibility of breaking through $61,785. 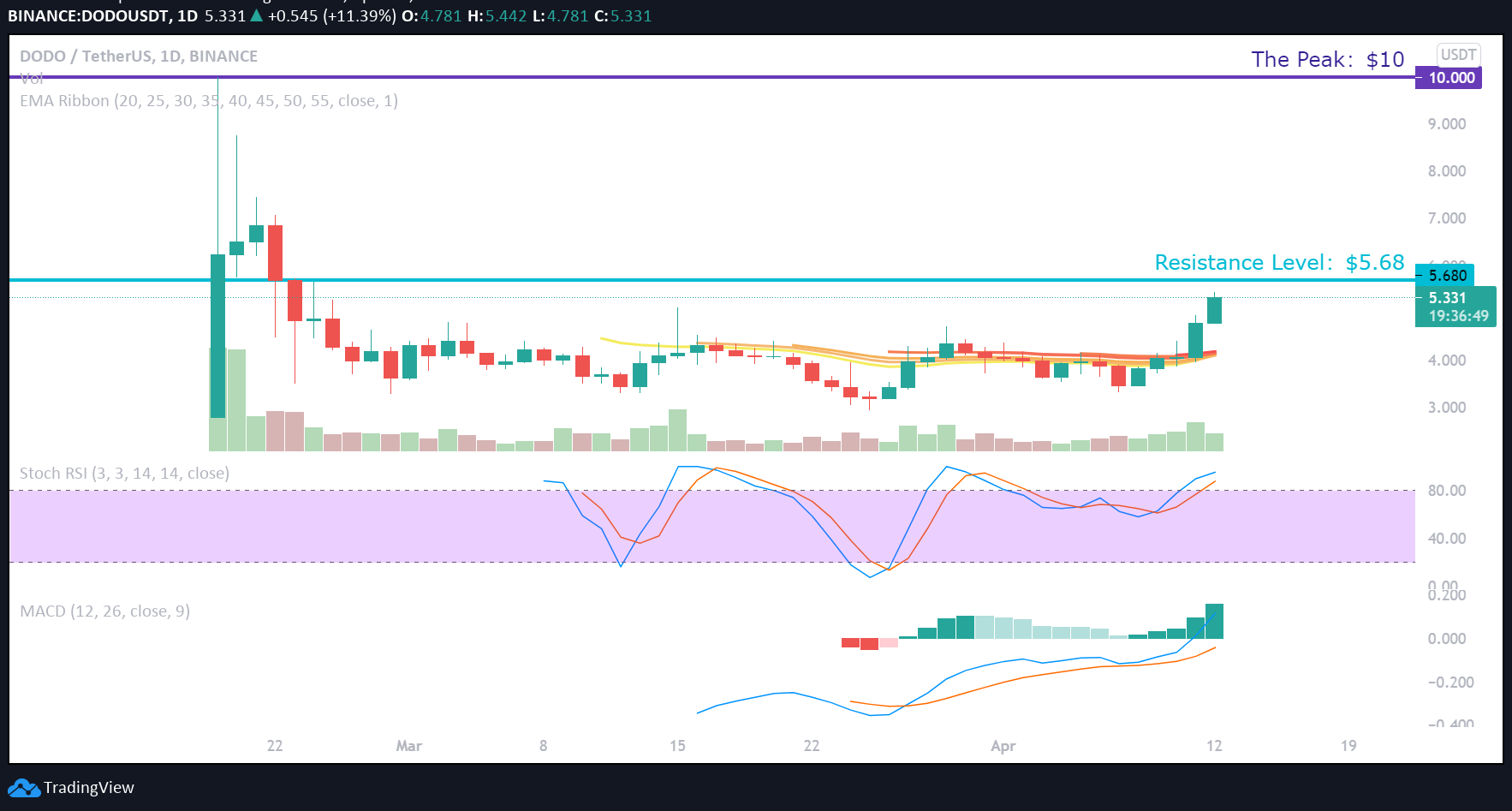 DODO is a Decentralized liquidity aggregator service powered by the Proactive Market Maker (PMM), supporting the best price exchange between any tokens through intelligent routing.

Yesterday, a long bullish candlestick made the price of DODO regain the exponential moving average ribbon. This started a new round of uptrend for DODO and an increasing trading volume, which is worthy of investors' attention.

If the bulls can push the decisive closing price above $5.68, then the bullish momentum may prompt DODO to reach its all-time high of $10.

Both the upward sloping moving average and the bullish MACD indicate that the bulls are currently dominating the market.

Stochastic RSI stepped into the overbought zone, which is the bearish side of the oscillator. If a large number of sell orders are triggered, then DODO/USDT will test the $4.18 support level. If the bulls fail to defend $4.18, then the positive bullish view for DODO will disappear. 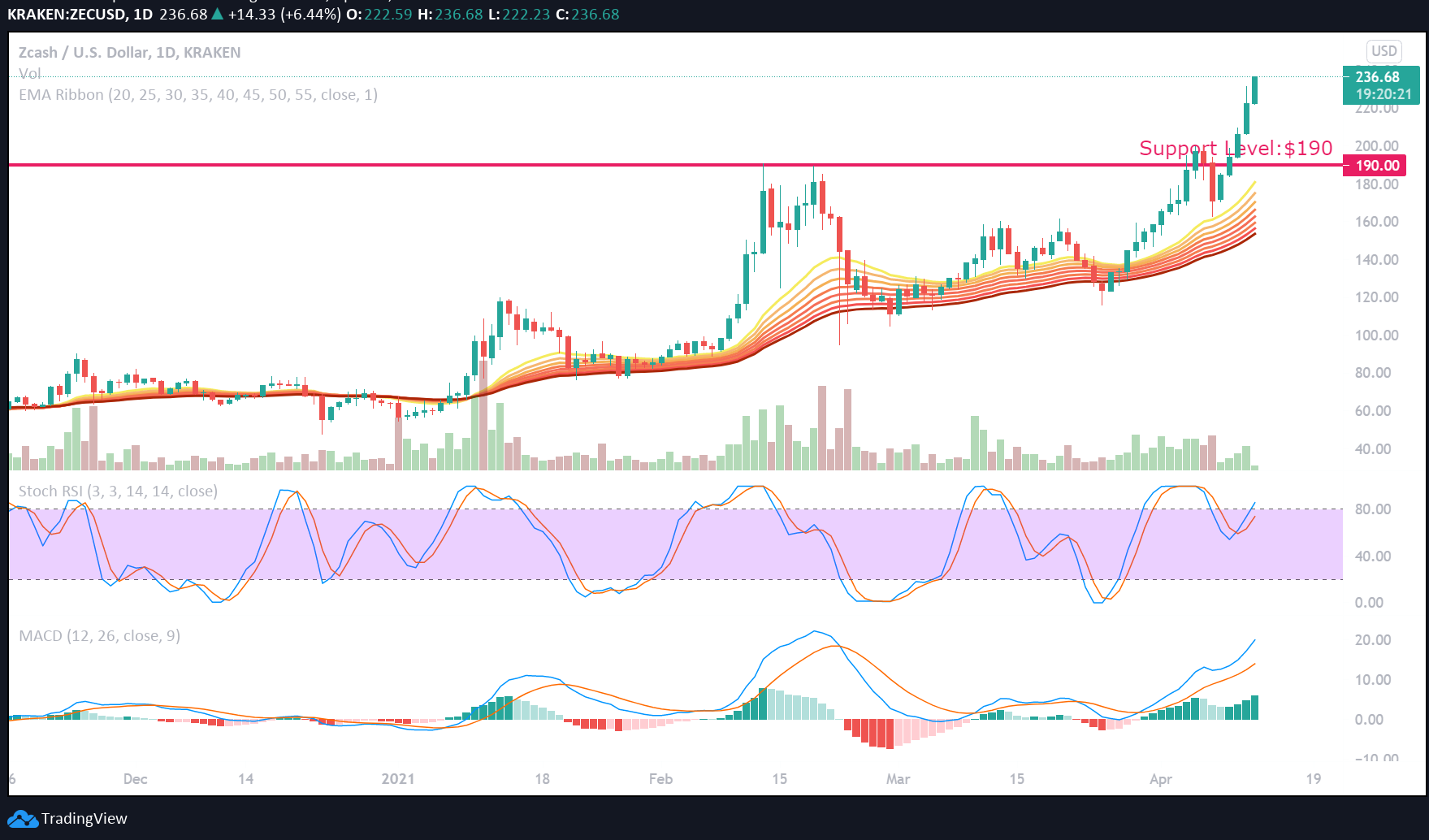 Zcash (ZEC) is a cryptocurrency aimed at offering enhanced privacy for its users compared to other cryptocurrencies such as Bitcoin and Ethereum.

The Zcash blockchain allows users the option of either revealing or hiding their transaction details. Zcash is currently ranked as the No.47 largest cryptocurrency with a market cap of $2,718,955,341. In the past 7 days, it has risen by 24.88%.

From March 26 to today, ZEC has maintained a steady growth. The transaction price of ZEC/USD is much higher than the Exponential Moving Average ribbon. Although there was a retracement on April 6 and April 7, ZEC has rebounded strongly and started a new round of uptrend.

Both the upward sloping moving average and the bullish MACD indicate that the short-term trend remains bullish.

Stochastic RSI shows that ZEC is entering the 80 overbought levels. There may be minor corrections in the next few days. But this correction is needed for ZEC to continue rising healthily.