Why the Bitcoin Price is Predicted to Crash to $8,000 in September—is the Crypto Bull Run Over?


The Bitcoin price is at a critical level and our analysis forecasts that we are most likely due for a significant crypto price crash this month—which could come as soon as the next 48 hours. By September’s end, it is our opinion that BTC will once again correct to previous price support levels between $8,000 and $9,000. 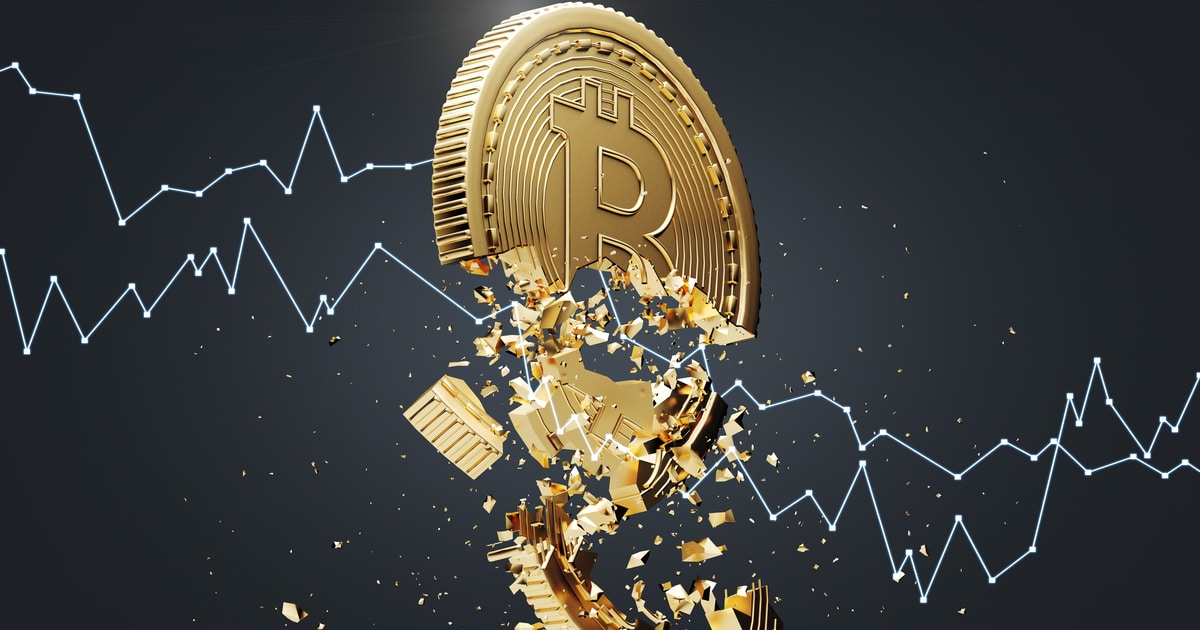 The Bitcoin price continues to move sideways since crashing below the $10,000 support and continues to consolidate around this level—the BTC price sits at 10,360 at time of writing after briefly pushing past $10,500.

The volatility and unpredictability of Bitcoin and crypto prices must be considered, and a continued bull run is possible at this stage but will most likely have to resume after a major correction we are that we are anticipating this month.

Several factors are in play, on historical analysis, if the BTC price continues to fall lower, we would not technically still be in a bull run. Data derived from an analysis of the Relative Strength Index (RSI) indicates that Bitcoin sits at a point where it has historically bounced back. But market conditions throughout this year have been unique, to say the least, and despite the constant reports of institutional investment, we do not anticipate a significant return to a strong bull run in the short-term. 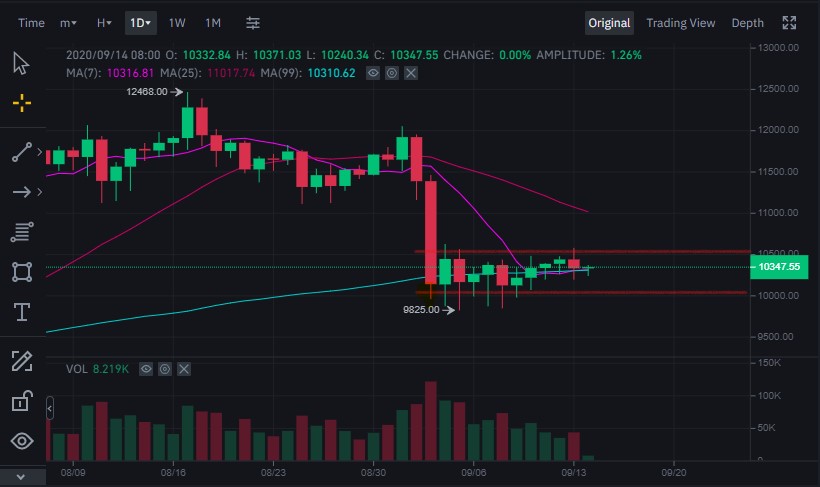 As reported by Blockchain.News, Bitcoin has fluctuated in the horizontal channel above since its crash. Bitcoin's high was at $10,627 on the following day after it plunged on Sep. 3. Bitcoin briefly appeared to break the $10,400 resistance line of the horizontal channel on Saturday only to immediately correct back to $10,300 levels.

Bitcoin needs to exceed its highest price since the initial crash on September 2nd and 3rd; the upper line of the horizontal channel as a support line still needs to be tested—a feat the BTC price has been rejected at on all previous attempts over the last week. There are also several factors that now make this surge highly unlikely.

In the world of cryptocurrency, there are two sources that can create tremendous selling pressure—BTC miners and exchanges.

When Bitcoin miners move their BTC rewards, it creates extreme selling pressure on the overall crypto market. Over the past week, on-chain analytics indicates that BTC miners have been selling large amounts of Bitcoin to crypto exchanges. 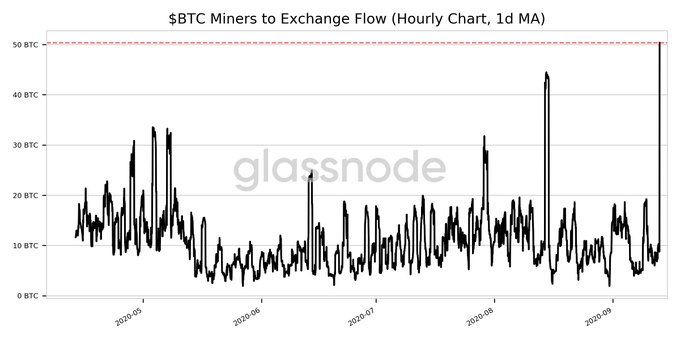 According to Glassnode, the inflow of capital from miners to cryptocurrency exchanges has hit a five-month high. This last occurred in mid-august when the Bitcoin price surpassed $12,000 and was immediately followed by a correction to $10,000.

Following the rejection in the United States Senate on the second round stimulus Heals Act, we expect that as the BTC price continues to fall there will not be enough retail investors in the short term to absorb the selling pressure created by the BTC miners—which is one indicator that BTC will fall below further, turning the current $10,000 support to a resistance line.

The overall stock market appears due for a correction. The Nasdaq and Dow Jones index has continued on a strong recovery since the March Black Thursday stock market crash. As we have previously reported, the strength of the markets has been driven by economic stimulus money, and artificially low inflation. Which looks likely to come to an end soon.

While no immediate correction was felt on the Federal Reserve’s announcement of flexible inflation, which is due to be put higher than the usual 2% over the coming months—when the raised interest rates arrive, the crunch will be felt by retail investors causing a potential sell-off of cryptocurrency and Bitcoin for immediate liquidity.

Popular trader, dBFT released their analysis on TradingView which advises traders to short the Dow Jones.

Should the markets face a strong enough correction, it will create a demand for liquidity which could see safe-haven assets like Gold and Bitcoin suffer further.

In addition, a recent volatility report from United States cryptocurrency exchange Kraken further indicates that September will see the Bitcoin price crash further before resuming its macro-bull run later in the year.

For now, our prediction of a Bitcoin price crash to previous resistance levels around the $8,000 mark appears more and more likely.