Monero (XMR) was the first cryptocurrency of its kind to offer advancements in privacy and fungibility. 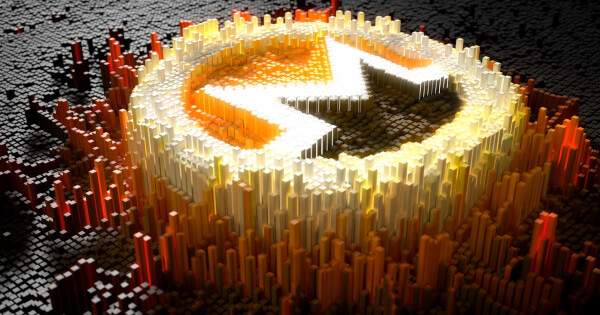 The introduction of Bitcoin as a way of transacting discreetly led many people into a false sense of security regarding the anonymity of their transactions. As public blockchains are available to view by anyone with an internet connection, transactions on the Bitcoin blockchain contain data regarding the transaction amount, as well as both sender and receiver wallet addresses. This makes it easy to trace Bitcoin or Ethereum transactions using a blockchain scanner.

In countries that are subject to capital controls, the ability to make cross-border payments and remittances anonymously is crucial. During times of economic uncertainty, restricting the flow of money can be devastating, especially when the value of a national currency is declining. Financial freedom and privacy are important as citizens are faced with withdrawal limits and censorship of non-national currencies. Those living under an authoritarian dictatorship might wish to conceal their wealth and spending habits from governments for fear of confiscation.

Privacy coins also present an attractive prospect to businesses operating on the blockchain that wish to have the specifics of their capital allocations, holdings, and expenditures concealed. In business, if a supplier can see that a merchant holds a significant amount of Bitcoin, this could encourage the supplier to demand steeper prices, putting the merchant at a disadvantage.

Monero (XMR) was the first cryptocurrency of its kind to offer advancements in privacy and fungibility. The Monero protocol is automatically updated every 6 months, eliminating much of the controversy surrounding updates to other popular blockchain protocols.

Monero first began in 2013 when developer Nicolas van Saberhagen released the CryptoNote whitepaper, gaining attention from high profile figures in the fields of blockchain and cryptography.

CryptoNote was not a huge success, however, it led to a new cryptocurrency named “Bytecoin”. Bytecoin had some success, but the project was ultimately finished when allegations arose regarding the manipulation of the circulating supply by developers.

In April 2014, “Bitmonero” was launched, but would later be hard forked and renamed simply to “Monero”. Monero was maintained by Riccardo Spagni, known in the community as “Fluffypony”, until 2019, when Spagni took a step back from maintenance, with long-time contributor “Snipa” taking the helm thereafter.

XMR is the native Monero token, which is generated in a similar way to other cryptocurrencies such as Bitcoin. The proof-of-work consensus algorithm incentivizes miners to confirm transactions and produce new blocks before adding them to the blockchain.

Some of the key privacy features of Monero are:

Fungibility refers to the interchangeability of an asset and how easily divisible it is. For example, USD or BTC are both fungible, as a dollar in your pocket or a bitcoin in your wallet will spend in the same way as any other dollar or Bitcoin. If you lend someone $10, it doesn’t matter that they repay you with a different $10 bill.

The issue with the fungibility of cryptocurrencies is when funds are used for nefarious activities. If funds were obtained as the result of a hack or a scam, this may go unnoticed by the holder, however, these funds could be blacklisted by major exchanges, having tracked the path of the transaction using a block scanner.

Another key element of Monero’s privacy is stealth addresses, which enable the sender to random one-time addresses for transactions on behalf of the intended recipient. The recipient can publish a single address while still having incoming transactions assigned to unique addresses on the blockchain. This means that only the sender and the receiver can establish exactly where a payment was sent.

Ring Signatures is a process used to further obfuscate the origin of transactions by mixing information from one transaction with the data from other transactions, before being added to the blockchain. With Ring Signatures, Monero mixes 11 signatures in total, adding another layer of privacy and anonymity.

The 2017 release of Ring Confidential Transactions made it possible for users to conceal the value amount of a Monero transaction. RingCT adds multiple inputs and outputs to each transaction to make it extremely difficult to identify the addresses of senders and recipients.

Although XMR is often traded and used as a speculative investment, it should be noted that XMR does not have a fixed supply like Bitcoin. From May 2022, the scheduled block rewards will be set at 0.6 XMR per block, but newly minted XMR will not cease to be printed under the Monero software rules, with 18.4 million XMR estimated to be in circulation by this time.

With over 500 developers contributing to the Monero project, making fast and cost-efficient payments on the blockchain with near-absolute anonymity and privacy is a game-changer if you live in a country that imposes harsh capital controls.

Due to the advanced privacy and anonymity features of Monero however, it has been used by hackers to facilitate extortion and poses an even bigger threat to traditional finance than Bitcoin. In 2019, Bitpay ceased trading of Monero due to fears that it could be used in money laundering. Despite this, US authorities claimed this month that they are now able to trace illicit Monero transactions.

The Monero team is currently working on the Kovri project, which aims to hide the IP address of users to further anonymize their transactions. Along with Zcash and Dash, Monero is a pioneer in the privacy coin space, pushing anonymity privacy to the next level within the cryptocurrency space.